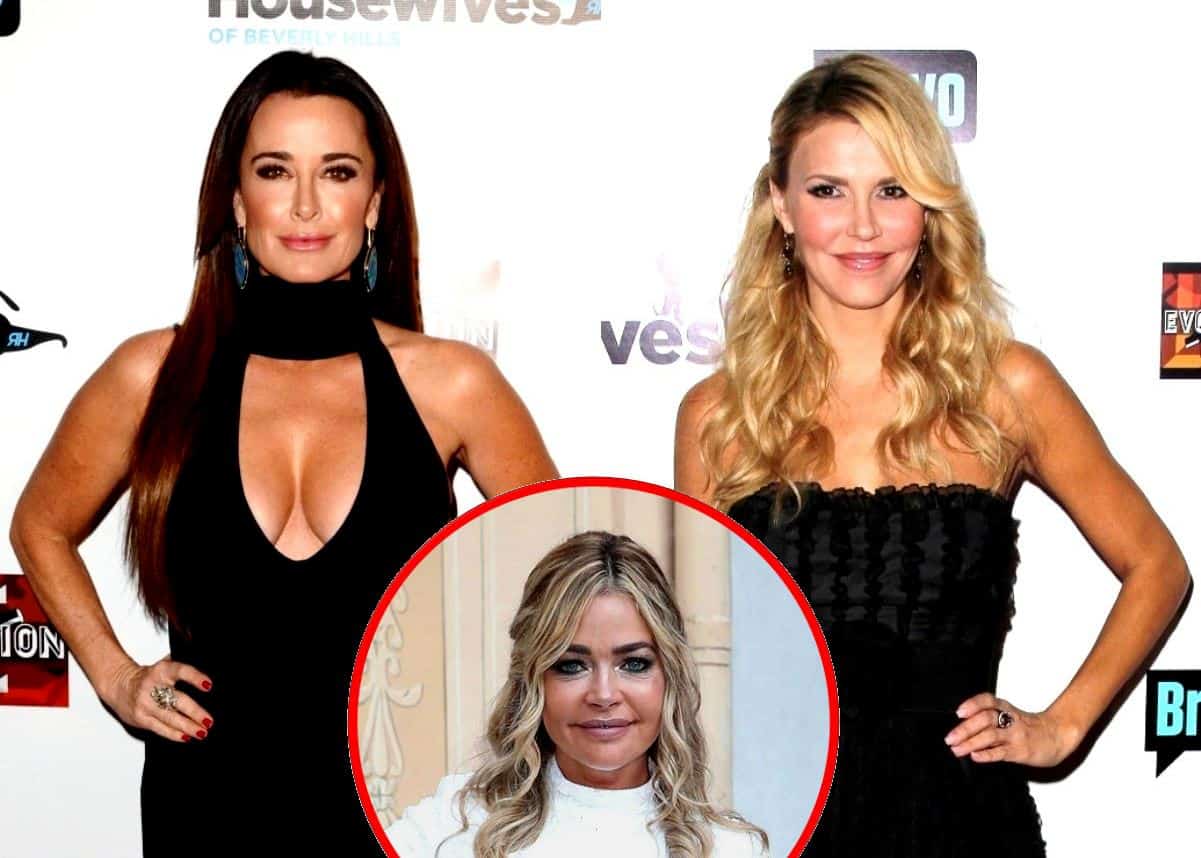 Kyle Richards was confronted about an old blog she wrote about her Real Housewives of Beverly Hills co-star, Brandi Glanville, on the August 12 episode of Watch What Happens Live.

After the blog, which featured Kyle accusing Brandi of “always [putting] out lies about people,” resurfaced weeks ago on Twitter after Kyle revealed she believed Brandi over Denise Richards in regard to their alleged affair and the mean comments Denise supposedly made about the cast, Kyle was questioned by a fan.

After revealing that the “no. 1 question” he received ahead of Kyle’s WWHL appearance was about the blog, host Andy Cohen read a question sent in by the viewer.

“Why are you suddenly calling Brandi honest and saying she doesn’t lie?” the fan asked. “In season five, episode 17, you say, ‘She’s mean, she makes up stories, I don’t want to be around that.’ In 2015, in your own blog, you said Brandi puts out lies about people.”

“Well, I saw that blog, actually, on Twitter and that was regarding Brandi saying [Kim Richards] had done ‘meth’ in the bathroom and honestly, I think that was something she said in the moment, angry, and I was worried that that would stick because of Kim’s history and that wasn’t true,” Kyle explained. “It wasn’t a detailed story.”

Although Kyle referenced a season two dispute she had with Brandi over her sister, it is actually an RHOBH blog from season five that has garnered buzz on Twitter.

“Brandi always puts out lies about people, hoping they will stick. Just because Brandi says something doesn’t make it true. She has a tendency to believe her own lies,” she wrote in 2015. “As Brandi threw out her last dagger, her vicious comment about my husband not wanting me, I lost it. It was so mean and coming from someone who is so concerned about “reckless” comments…What about my children? Brandi has proven time and again she doesn’t care about hurting anyone…including their family.”

While Kyle then admitted that she doesn’t know for sure whether it is Brandi or Denise who is lying about their potential affair and statements against the women, she confirmed that when it comes to taking a side, she’s chosen to believe Brandi over Denise.

“I’m not here to sit here and say I know the truth or not, I’m just saying what I believed. And honestly, I do believe that,” she shared.

During an episode of the RHOBH: After Show last month, Kyle explained her allegiance to Brandi.