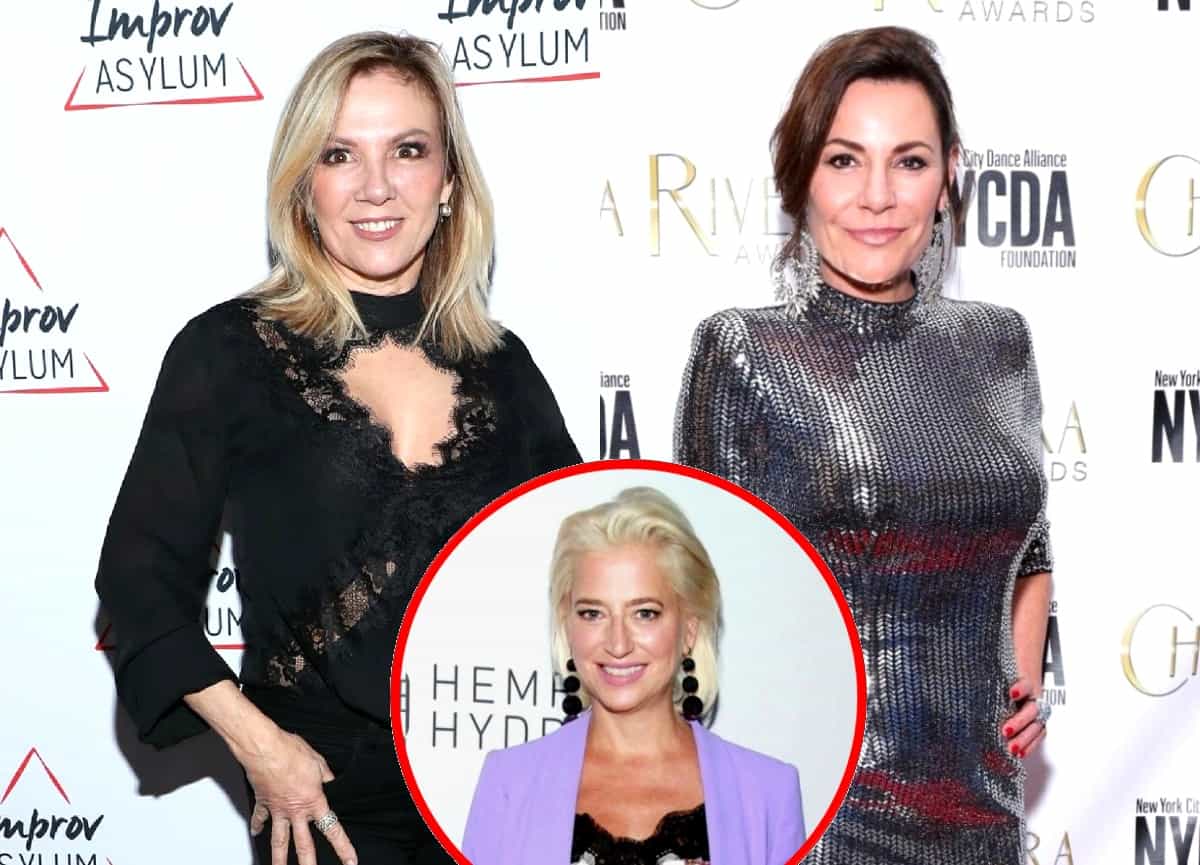 Long time Real Housewives of New York City cast member Dorinda Medley just announced her exit from the franchise, leaving fans to wonder … is anyone else on the chopping block?

While series OGs Ramona Singer and Luann de Lesseps still seem to be going strong, with Dorinda’s departure and other Housewives regulars getting the boot, an uncertain future looms.

“The show has gotten too old and stale. What was once fun is now a bunch of rich old white ladies complaining about their lives that most people would kill for,” a source told OK! magazine on August 25. “Overall ratings for the series has been steady but numbers in the younger advertiser demo are not good and only getting worse. Ramona is the oldest at 63 [years old] and is fighting for her life on the show.”

Although Luann is a bit younger than Ramona at 55, it’s apparently still “feared” that her storyline has “come to a natural end” and that production wants to make a replacement with “new blood,” the insider revealed.

“Luann was demoted from a full-time cast member to being a ‘friend’ on the show once before. After that humiliation, she’s not as scared as Ramona,” the source added. “Outside the show, Luann has her cabaret shows and a life. If she gets fired again, she will be OK. It is Ramona everyone is worried about. This show has become Ramona’s entire life, she would be lost without the show and they [sic] paycheck. Being on TV is her identity.”

Although the RHONY has had cast members like Dorinda, Ramona, Luann, and Sonja Morgan on the show for some time, significant shakeups have occurred, including Bethenny Frankel‘s shocking departure in 2019 and Tinsley Mortimer‘s mid-season farewell this year.

News of casting changes/possible additions has also been making the rounds and was actually perpetuated by Luann herself. After the successful addition of Leah McSweeney for season 12, Luann told ExtraTV on August 7 that there’s “definitely going to be some new housewives” added to the mix.

It’s currently unclear, though, if Bravo is simply making tweaks or doing a complete overhaul of old housewives.