Home Real Housewives of Beverly Hills News RHOBH Cast Talks Denise Richards Being a “No-Show” to Finale Party as Teddi Admits She “Wasn’t Shocked” While Dorit Reveals She Was “Scared” and “Worried,” Plus Sutton Discusses Denise’s “Disappointing Fall” With the Cast and Live Viewing Thread!

RHOBH Cast Talks Denise Richards Being a “No-Show” to Finale Party as Teddi Admits She “Wasn’t Shocked” While Dorit Reveals She Was “Scared” and “Worried,” Plus Sutton Discusses Denise’s “Disappointing Fall” With the Cast and Live Viewing Thread! 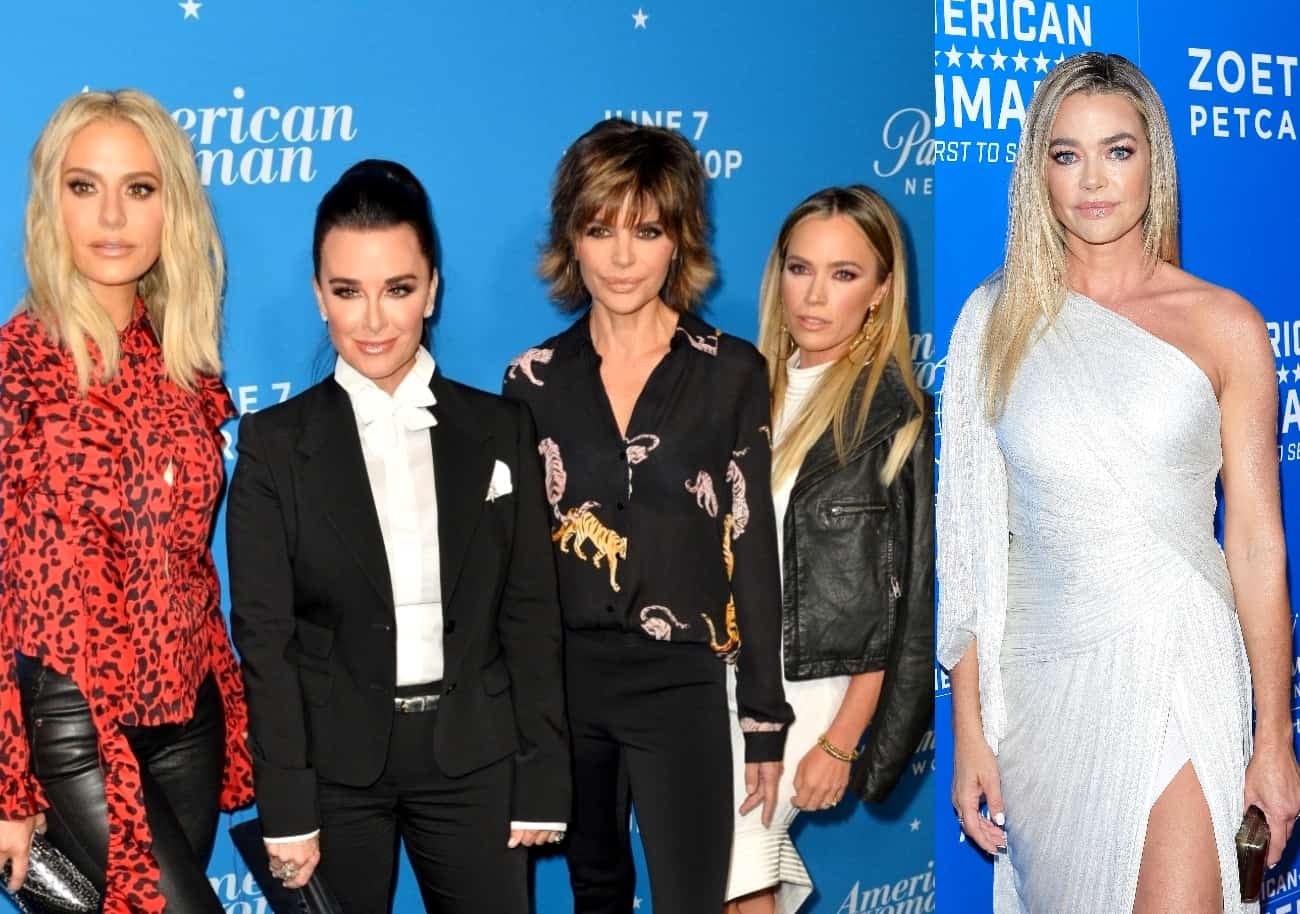 After Denise stood up castmate Garcelle Beauvais, who was left waiting for her for 45 minutes outside of a Los Angeles hotel, several cast members weighed in on the “no-show,” with Kyle Richards and Teddi Mellencamp confessing that they never thought Denise would join them at the event and Dorit saying she was “scared” and “worried” about Denise and her family.

“I did not think she would come,” Kyle admitted on the RHOBH: After Show.

“I wasn’t shocked when Garcelle walked in and said that Denise didn’t show up. I was like, ‘Oh. Okay,'” Teddi agreed. “I was like, ‘She’s shutting her phone off because she doesn’t want to talk to anybody.’ But then text messages wouldn’t go through either so I don’t know if we all got blocked for the night or what happened.”

While Kyle and Teddi expected the snub, Dorit was taken aback, especially due to the fact that Denise had assured her she would “of course” be in attendance.

“I was really scared. I was really worried because I hadn’t heard from her,” Dorit explained. “[If] you have an emergency, you send a message or something. I called and sent a bunch of messages. I just wanted to know she was okay, [and] that her kids were okay, [and] her husband was okay and I didn’t get that answer that night.”

Although Denise offered an apology to Dorit the following day, Dorit said Denise gave her “no real good reason” that she didn’t show up. Meanwhile, Denise had told her production team that she was unable to attend the event because of a “family emergency” that she later admitted never happened.

Also on the RHOBH: After Show, Sutton Stracke weighed in on Denise’s falling out with the cast.

“It’s sad that she had a disappointing fall with all of us. It’s a fun group to actually be a part of. Now, they’ll turn on you in a second, don’t get me wrong, but they turn on you and they turn back,” she explained.

“It seemed like she could have overcome all of this,” Sutton added.