Home Real Housewives of Beverly Hills News RHOBH’s Kyle Richards Teases Her Most and Least Favorite Co-Stars, Plus She Reveals a “Dirty Little Trick” That Certain Cast Members Pull and Who She Wants to Join the Show for Season 11

RHOBH’s Kyle Richards Teases Her Most and Least Favorite Co-Stars, Plus She Reveals a “Dirty Little Trick” That Certain Cast Members Pull and Who She Wants to Join the Show for Season 11 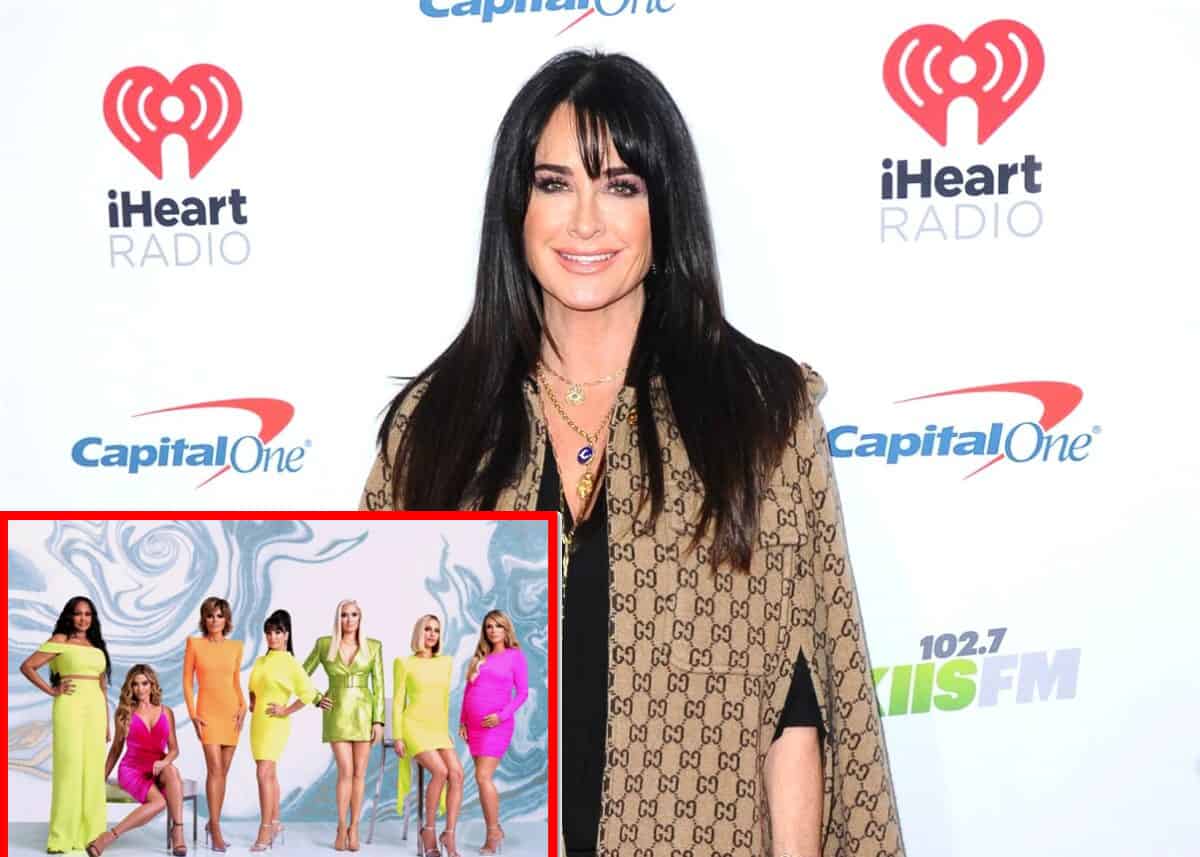 Kyle Richards has a few people in mind when it comes to potential additions for the upcoming 11th season of The Real Housewives of Beverly Hills.

During a recent interview on the new podcast of Million Dollar Listing: Los Angeles star James Harris, Kyle threw out a few names before admitting that season 10 was “rough,” teasing her most and least favorite co-stars, and also revealing what certain members of the cast do that drives her “crazy.”

“I would like to see my sisters [Kathy Hilton and Kim Richards] join the cast,” Kyle told James on Positively Chaotic. “We have so much fun together and [Kathy] makes me laugh.”

Kyle would also love to see her good friend Sharon Oberfeld added to the lineup.

“She’s one of the funniest, most opinionated, smart people,” Kyle explained.

While Kyle admitted that it’s sometimes “scary” to think about the way the reality series could impact her relationships, she believes that after 10 years on the show, she’s learned how to navigate her relationships. That said, she isn’t exactly free from drama.

“This season has been rough for me,” Kyle confessed. “I have moments of loving filming because I have fun with the women but watching it sometimes is too much. Every Wednesday I have a pit in my stomach.”

Through the ups and downs of filming, Kyle has established several close friendships with her castmates but when it comes to naming a favorite, she couldn’t do so.

“Obviously I’m the closest [to] Teddi Mellencamp. She’s like a sister to me. But I was so close with Lisa Vanderpump for many, many years, and I have a love for her that, even though we aren’t speaking, I won’t forget,” Kyle explained.

As for the co-stars she did not enjoy, Kyle said there were a number of women on RHOBH season four who “were [her] least favorite” but wouldn’t name any names.

Kyle also addressed the way in which certain cast members have made a habit of piggybacking off negative comments people have made on Twitter.

“There are Housewives that will say things [they’ve seen on Twitter], even though they know it is not true and they know it’s going to stick. It’s a dirty little trick and I don’t like it. It makes me crazy,” Kyle shared.

The Real Housewives of Beverly Hills‘ three-part reunion special is currently airing on Wednesdays at 9 p.m. on Bravo.