Home Real Housewives of Beverly Hills News Teddi Mellencamp Talks New RHOBH Season and Reunion, Teases a Reconciliation With Denise and Reacts After a Fan Applauds Her for Exposing Two “Lying Frauds” in Two Years, Plus Where She Stands With Sutton

Teddi Mellencamp Talks New RHOBH Season and Reunion, Teases a Reconciliation With Denise and Reacts After a Fan Applauds Her for Exposing Two “Lying Frauds” in Two Years, Plus Where She Stands With Sutton 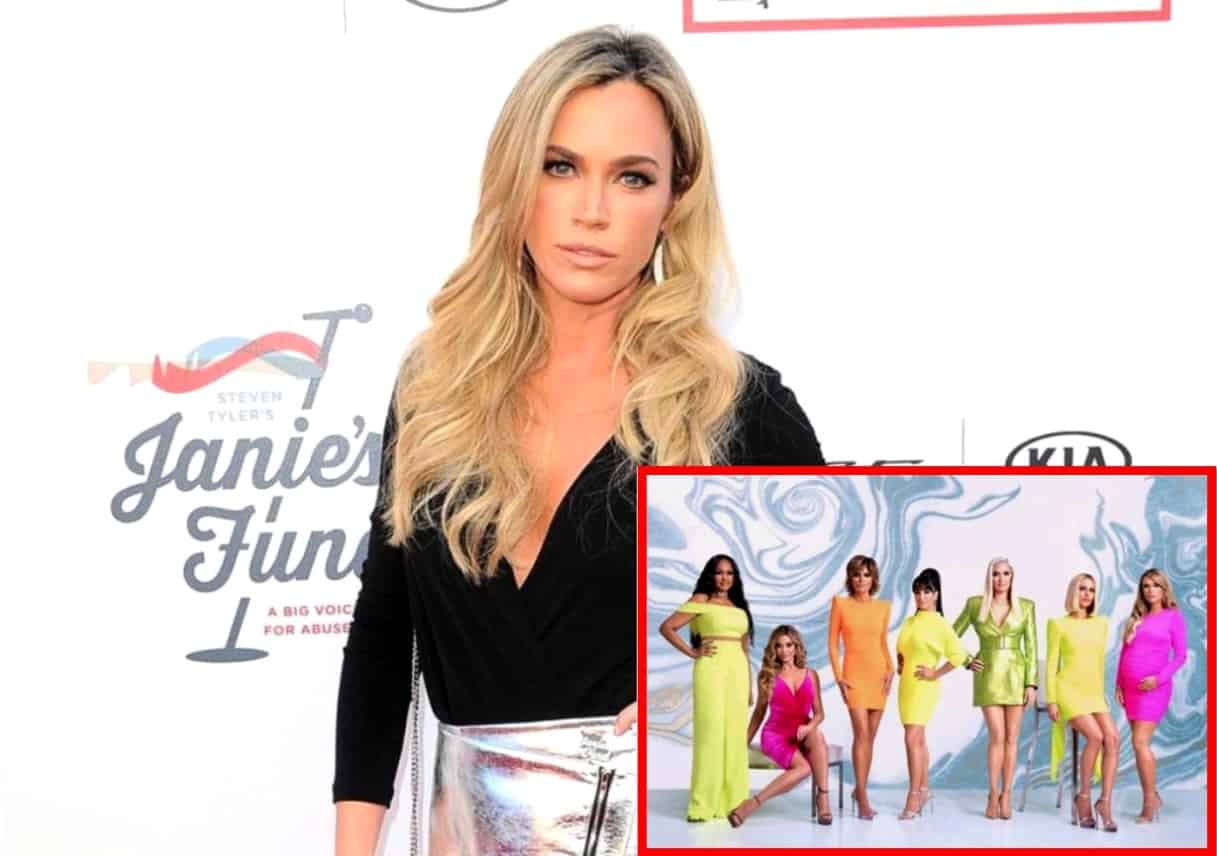 Teddi Mellencamp and the Real Housewives of Beverly Hills cast were seen in the finale episode of season 10 on August 26 and after the episode aired, she was questioned about the upcoming 11th season — and a number of other show-related topics.

After sharing a video of her final scenes on the series, Teddi took questions about season 11 and the season 10 reunion before weighing in on the possibility of a reconciliation with Denise Richards, reacting to a fan who applauded her for exposing two “lying frauds” in two years, and sharing where she stands with Sutton Stracke after a number of on-screen tiffs.

“Will the cast be the same next season?” a fan asked on August 26.

“We don’t know yet,” Teddi replied. “They normally send the letters about [two] weeks prior to filming starting.”

As RHOBH fans well know, the 10th season isn’t completely over quite yet. In fact, there’s plenty of drama to come with the series’ three-part reunion.

“Are you happy with how the reunion went? Any resolutions?” one person wondered of the upcoming special.

“Hmm. Happy? Ehh,” Teddi shared. “But I think you guys will enjoy it and it’s super entertaining if you didn’t have to actually live it.” 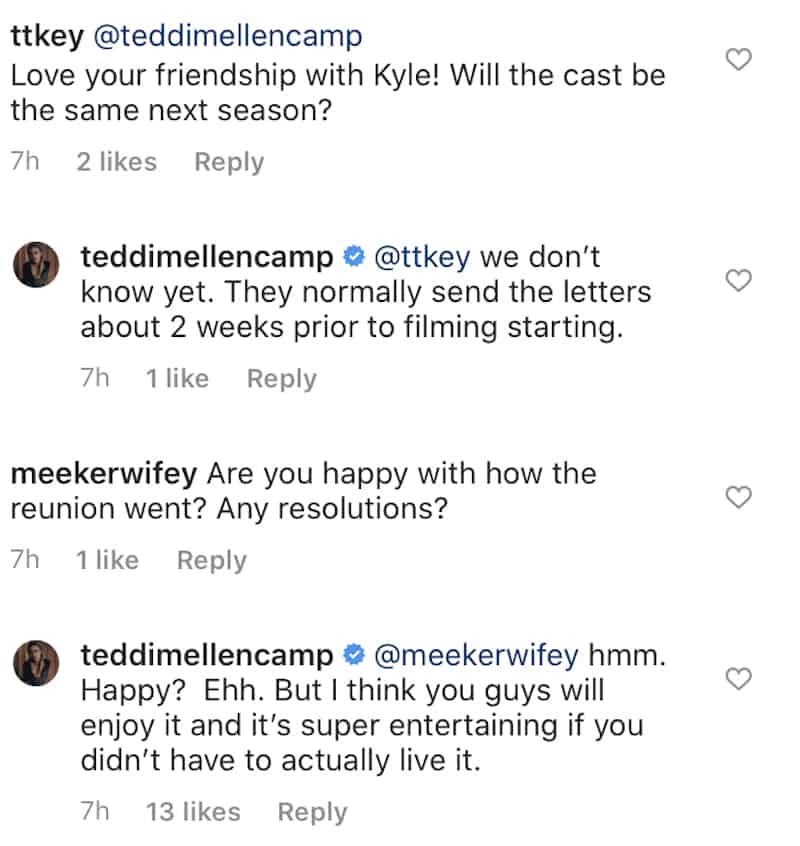 Although Teddi couldn’t confirm who will be returning for season 11, she suggested that if Denise comes back to the show for its new episodes, a reconciliation with the cast is possible.

“Do you think if Denise comes back next season you guys could move forward with her?” someone wondered.

“I have seen people move on from much worse during my last [three] years of watching Housewives shows,” Teddi responded. 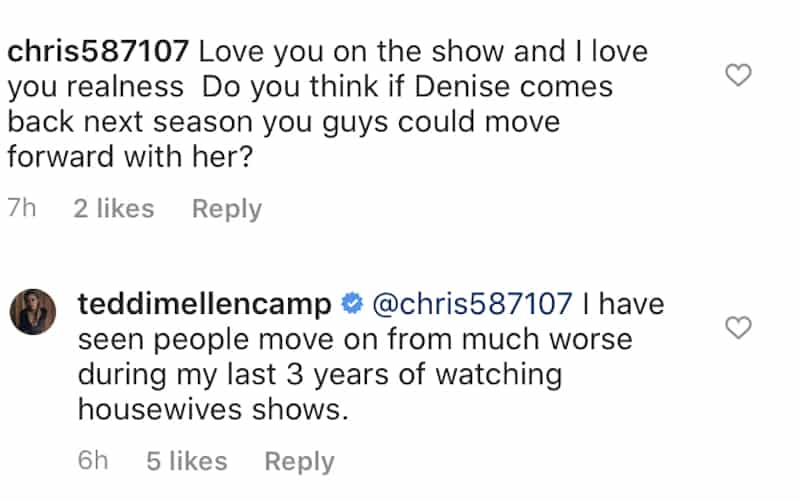 “I believe so,” Teddi replied, failing to reveal which of her castmates still speaks to Denise.

Another person applauded Teddi for the way in which she brought attention to the supposed lies of Lisa Vanderpump during season nine and Denise during season 10.

“Thanks for exposing [two] lying frauds, [two] years in a row. Iconic,” the fan wrote to Teddi.

“The hate I have gotten for pointing out things has been brutal but I would rather say things to people’s faces than behind their backs,” Teddi explained. 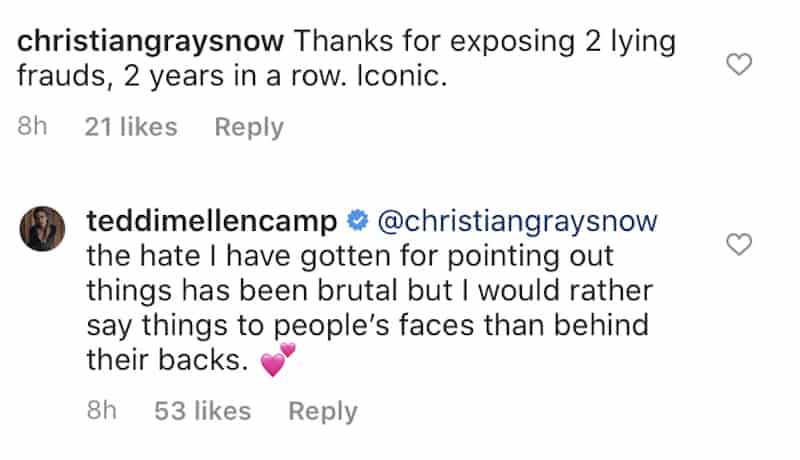 In a fourth message shared on Instagram, Teddi offered a response to a fan who wanted to know if she has a friendship with Sutton, who slammed her as “boring” during an early scene of season 10 and also took aim at her style.

“I do have a friendship with Sutton. We communicate differently so we get into tiffs but she has a good heart and makes me laugh,” Teddi confirmed. 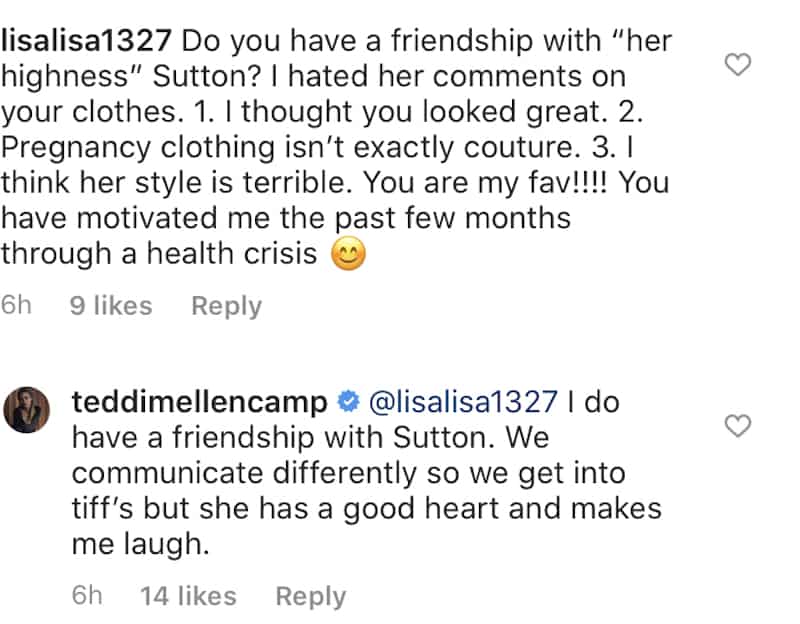 The three-part reunion special for The Real Housewives of Beverly Hills season 10 begins airing next Wednesday, September 2, at 9 p.m. on Bravo.