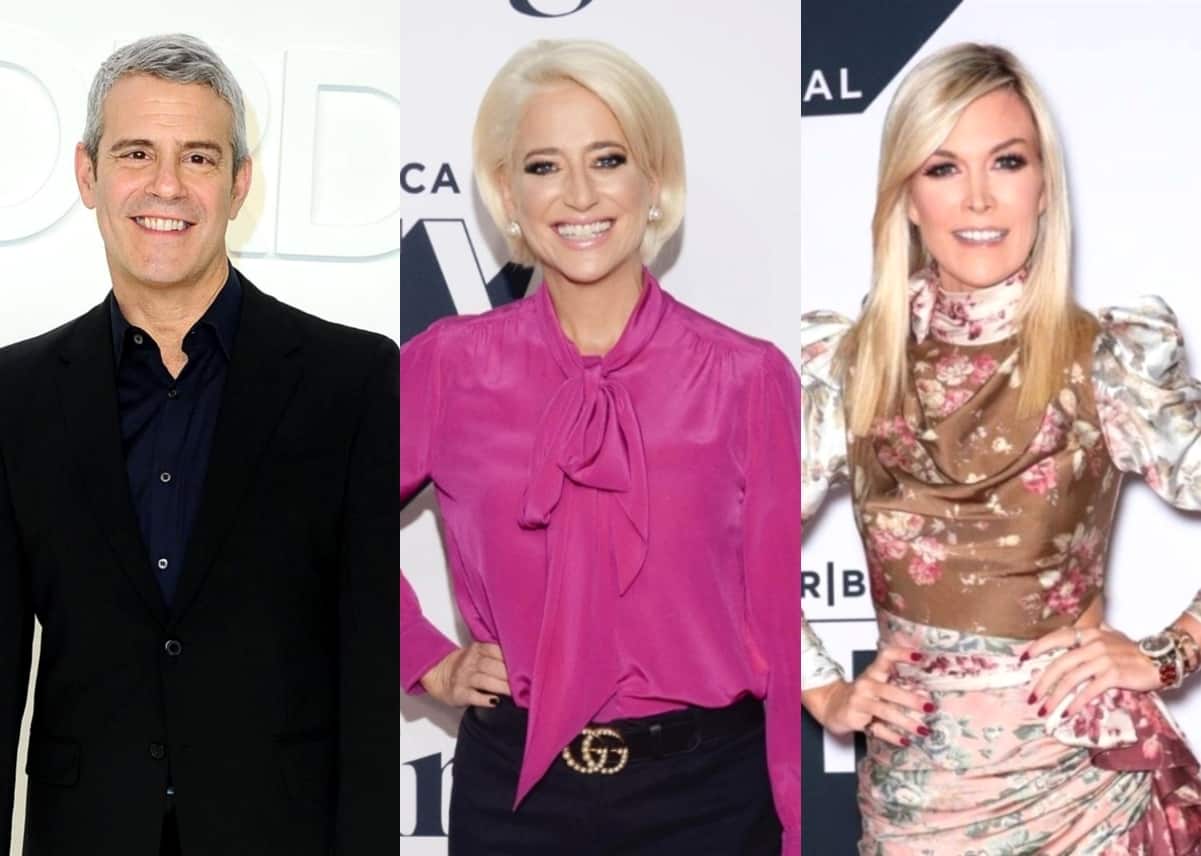 Things are heating up at the Real Housewives of New York City reunion as Andy Cohen takes Dorinda Medley to task for her drinking behavior and Tinsley Mortimer confronts the 55-year-old for her “turkey baster” comment from this season.

In the first preview clip from part one of the reunion, Andy reads a fan’s question to Dorinda about her “defensive” and “mean” nature around the subject of drinking, and Dorinda wastes no time in redirecting the situation toward Ramona Singer, seated next to her.

“Ramona did it as a zinger, it had nothing to do–” Dorinda begins, but she is then cut off by Ramona.

The two then get into a brief sparring match, causing Andy to break it up and come back to the original inquiry.

“Dorinda, I asked you a question. It seems like you get very defensive when anyone brings up your drinking,” Andy says.

“Yeah, I’m very sensitive about that, and I would expect someone like Ramona, instead of using it as a weapon–” Dorinda goes on before Andy cuts her off to dig further.

“Why are you sensitive about it?” he asks.

Dorinda goes on to point out ways Ramona has been hurtful or called people names as Andy interjects with his take on the matter.

“I want to talk about you!” he exclaims. “I feel like you’re deflecting every time I ask this question!”

Ramona also agrees with the sentiment and then calls her “Deflection Dorinda.”

Dorinda apparently took a lot of heat at the reunion, as another preview clip reveals her and regular foil, Tinsley, going at it over Dorinda’s hurtful “turkey baster” comment from a June 11 episode of the show.

“I think Tinsley’s only spoken to Leah,” Dorinda notes when Andy brings up the two not speaking since Tinsley left the show mid-season. “Tinsley never really spoke to any of us after she left every year anyway.”

In response, Tinsley reminds Dorinda that they “were actually friends at one point,” but she ultimately condemns her behavior that occurred during the season.

“I mean, the vile turkey baster comment,” Tinsley states. “When women who cannot get pregnant and the infertility is such a huge…”

Dorinda apologizes, saying she’s “sorry” about the comment, but she then goes on to express her various opinions about Tinsley’s situation.

“I’m surprised you’re not pregnant already! You’ve been talking about getting pregnant!” Dorinda says. This causes the other housewives to jump in and defend Tinsley, with Ramona saying how the comment “was not nice.”

“A turkey baster? That’s IVF, ok?” Tinsley snaps. “Andy’s baby was from IVF. Would you say the same thing to Andy?”

“I said I’m sorry I said that. I apologize,” Dorinda finally concedes. “It was a bad joke and I’m sorry.”

Tinsley, unwilling to accept the apology, scoffs that “it’s not a joke.”

“I thought it was mean,” Andy then weighs in.