Home Real Housewives of Beverly Hills News Kyle Richards Slams “Ridiculous” RHOBH Costars for Bringing Glam Teams on Girls’ Trips as Teddi Mellencamp Explains Why It’s Not Good for the Show, Plus Dorit and Erika Defend Themselves Against Criticism

Kyle Richards Slams “Ridiculous” RHOBH Costars for Bringing Glam Teams on Girls’ Trips as Teddi Mellencamp Explains Why It’s Not Good for the Show, Plus Dorit and Erika Defend Themselves Against Criticism 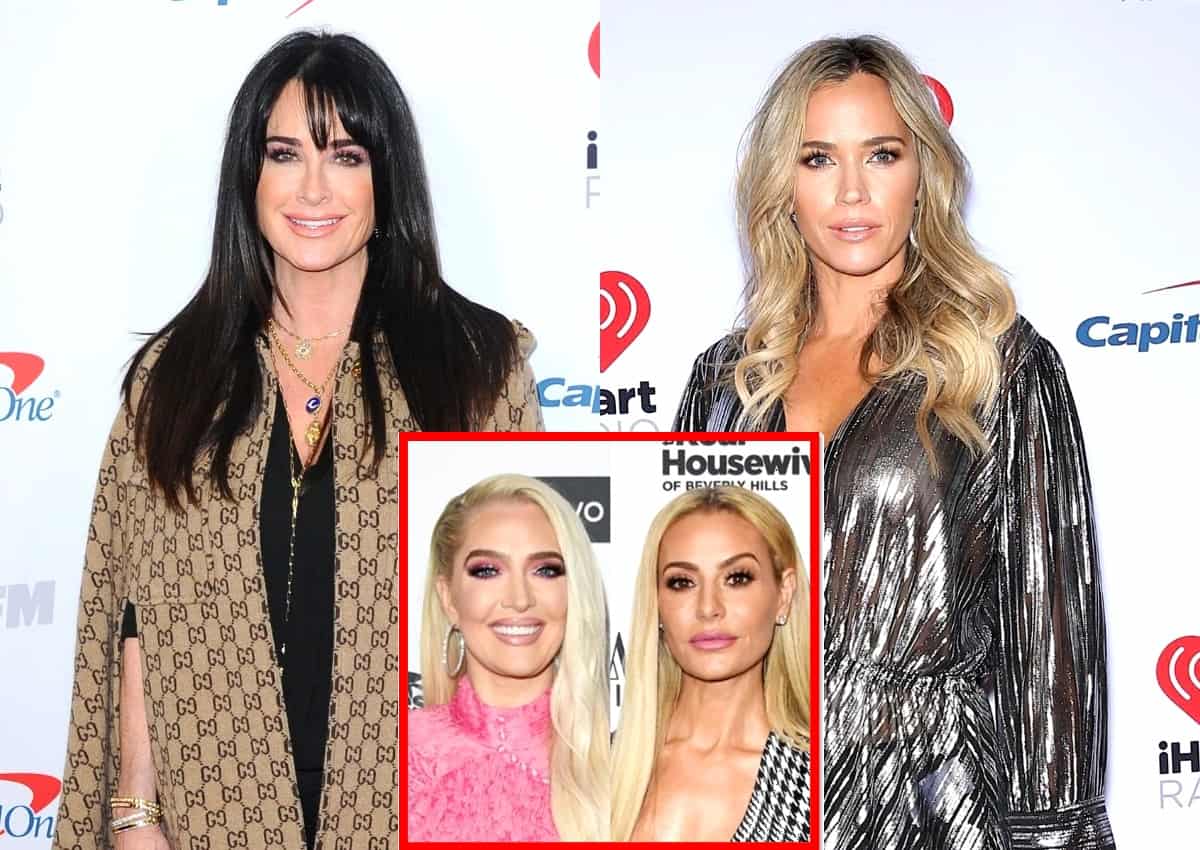 Kyle Richards and Teddi Mellencamp don’t understand why some of their Real Housewives of Beverly Hills castmates bring their glam teams on girls’ trips.

Following a series of tense moments sparked by Dorit Kemsley‘s late arrival to Teddi’s accountability event earlier this season, Kyle labeled her castmates’ antics as ridiculous as Teddi explained how bringing a hair and makeup team on group trips actually does a disservice to the show.

“I think it’s ridiculous [to bring a glam team on a girls’ trip]. I just do,” Kyle admitted on the RHOBH: After Show. “I’ve traveled a lot in my lifetime and I’ve never seen people bring hair and makeup people with them.”

“I don’t like it,” Teddi agreed. “It totally changes the dynamic because what happens if you have glam on a girls’ trip is you’re going back to your room and you’re being able to vent and get out all of those feelings that you maybe had with your glam team. And then you’re not opening and sharing with all of us.”

According to Teddi, one of her favorite moments on the show took place during a girls’ trip to Santa Barbara, where she and her co-stars went makeup-free.

“I loved watching all of us come down at the Santa Barbara trip where none of us have glam on, we’re drinking coffee, we all look tired. That’s life,” Teddi admitted.

“I liked seeing that too,” Kyle replied.

As for the most glammed up ladies of the show, Dorit and Erika Jayne defended themselves against the criticism, stating that when it comes to their looks, they enjoy being at their best.

“The bottom line is, to each their own. It’s something that Erika and I chose to do. We put a lot of effort into the way we look and we enjoy it,” Dorit said in her own RHOBH: After Show segment. “If we have the ability [and] the opportunity to and we want to bring glam then we do.”

“It’s not a deal-breaker, it’s just something we prefer,” Erika added.