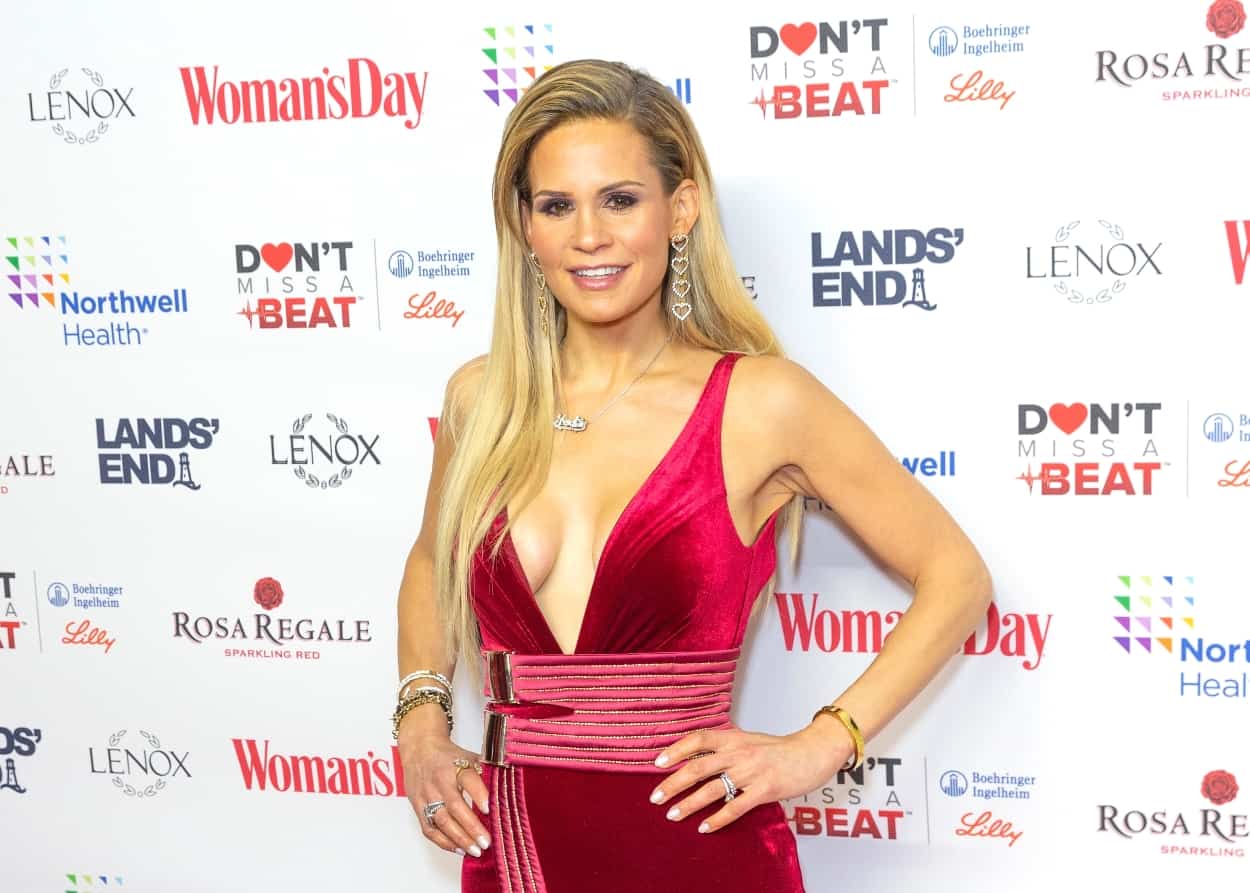 Jackie Goldschneider is taking a stand against body-shaming internet trolls.

In a recent Instagram post, the Real Housewives of New Jersey star defended a photo taken of her and co-star Melissa Gorga during New York Fashion Week. In the photo, Jackie’s long-sleeved black top bared a bit of her midriff and revealed stretch marks, causing many to comment.

Then, Jackie fired back at the criticism, calling out the haters and slamming “unrealistic” expectations put on women and mothers.

“This sweet picture from last night turned into a discussion of my stomach on social media, so let’s talk about stretch marks, shall we? My beautiful stomach held 4 healthy children, and those stretch marks remind me every day of how powerful my body is and how much mothers endure during pregnancy. I won’t airbrush my body to perfection so you see a fake version of me or an unrealistic picture of a mother. I love myself and I know that beauty is found in our imperfections. No woman should be ashamed of their stretch marks or anything else about their bodies. Like Eve Ensler said, ‘Stop trying to fix your body. It was never broken.’ #loveyourself ❤️,” the reality star captioned the photo.

The 43-year-old has been vocal before about her struggles with body image. She revealed her past struggles with anorexia on the RHONJ and had an intimate, troublesome conversation with her father on the matter.

She also detailed the decades-long battle in a 2018 interview, revealing the moment she realized she needed to seek help.

“I’m really proud of coming out of the other side because it was so hard,” she told PEOPLE on November 20. “It’s really not a way to live. It’s horrible. It was absolutely horrible. And I’m hoping that I can help people out there like me, who usually just suffer in silence. Because I wish I knew that one day, I’d get through it. That was always a fear of mine that I would never stop doing this.”

The new season of RHONJ resumed filming July 20 after being shut down in March from the coronavirus outbreak. Season 11 is expected to air on Bravo sometime later this year or early next year.