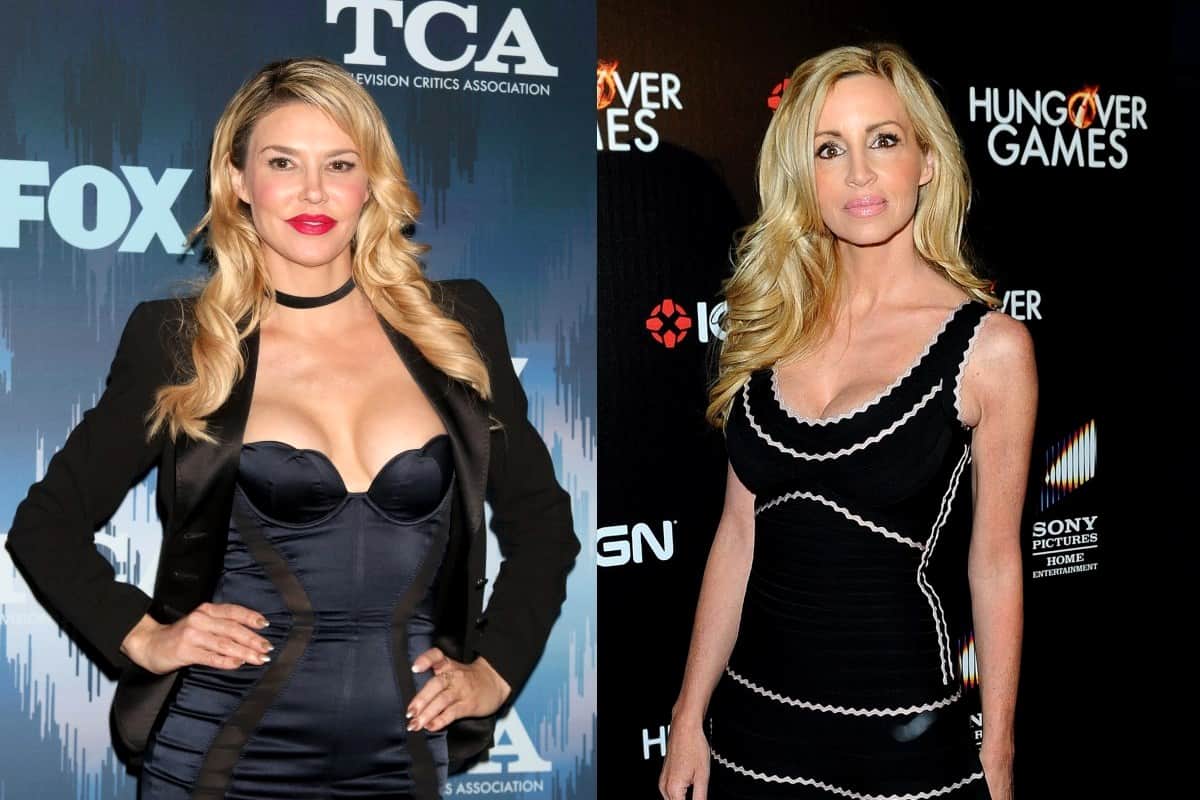 Brandi Glanville took to Twitter on September 21 to lash out at her former Real Housewives of Beverly Hills co-star, Camille Grammer, for suggesting she made claims of an affair with Denise Richards in an effort to secure a role on season 10.

In addition to explaining why that clearly was not the case, Brandi slammed Camille as dumb and bitter while also calling her out for spending her ex-husband Kelsey Grammer‘s money and suggesting she prefers to engage with trolls and talk “sh*t” on the women of the show over enjoying time with her new husband.

“If I was going to use what happened between Denise [and] I [to] return [to The Real Housewives of Beverly Hills] I would’ve done it last season when it happened [and] I was still filming confessionals or at the beginning of this season,” Brandi tweeted on September 21. “I was hired back before anyone knew you dumb a** bored f*cking useless tw*t.” 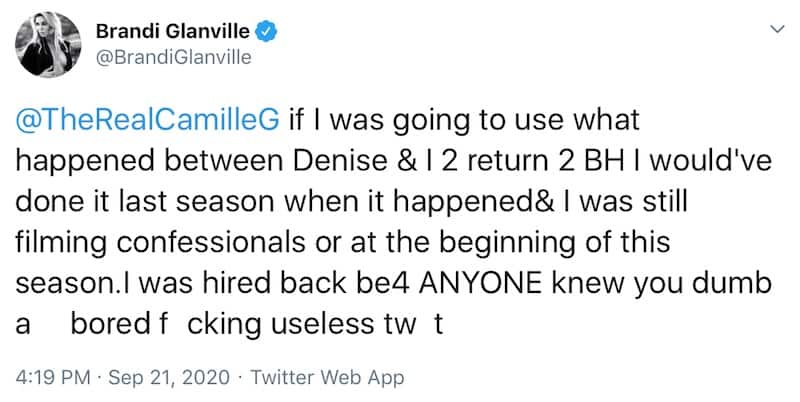 In a second tweet, Brandi advised Camille to focus on her children and the money she gets from her ex, rather than attempting to ruin people’s lives on the internet.

“One more thing [Camille] get off Twitter [and] go raise your kids or massage your husband’s prostate,” Brandi wrote. “Better yet spend some of your unearned alimony instead of trying to ruin the other women on the show. You are such a bitter c*nt. I’m off to help my son prep for a test.”

Brandi then shared one last tweet in reference to her co-star, which mentioned the fact that Camille is newly married to David C. Meyer.

“And yes I talk sh*t on here when I have a problem with someone or when I’m responding to a report but I’m not a newlywed who spends my days searching the [Real Housewives of Beverly Hills] hashtag to join in with trolls to talk sh*t on all the women,” Brandi shared, further labeling Camille a “bored a** housewife.”

Brandi’s tweets to Camille come just days after Kyle Richards told Camille to “get a life” after suggesting she was favored by Andy Cohen and allowed to bully her RHOBH castmates because of it.

“Camille, you really need to move on and get a life,” Kyle wrote, in part. “What are you doing everyday? Tweeting about RHOBH? You befriend whoever you think will get you a [diamond]. Talk about a mean girl.”