Home Real Housewives of Beverly Hills News Lisa Vanderpump Disses Teddi Mellencamp After Her Alleged Firing From RHOBH, Says Denise’s Exit is “Unfortunate” and Explains What May Have “Hurt Her” on the Show

Lisa Vanderpump Disses Teddi Mellencamp After Her Alleged Firing From RHOBH, Says Denise’s Exit is “Unfortunate” and Explains What May Have “Hurt Her” on the Show 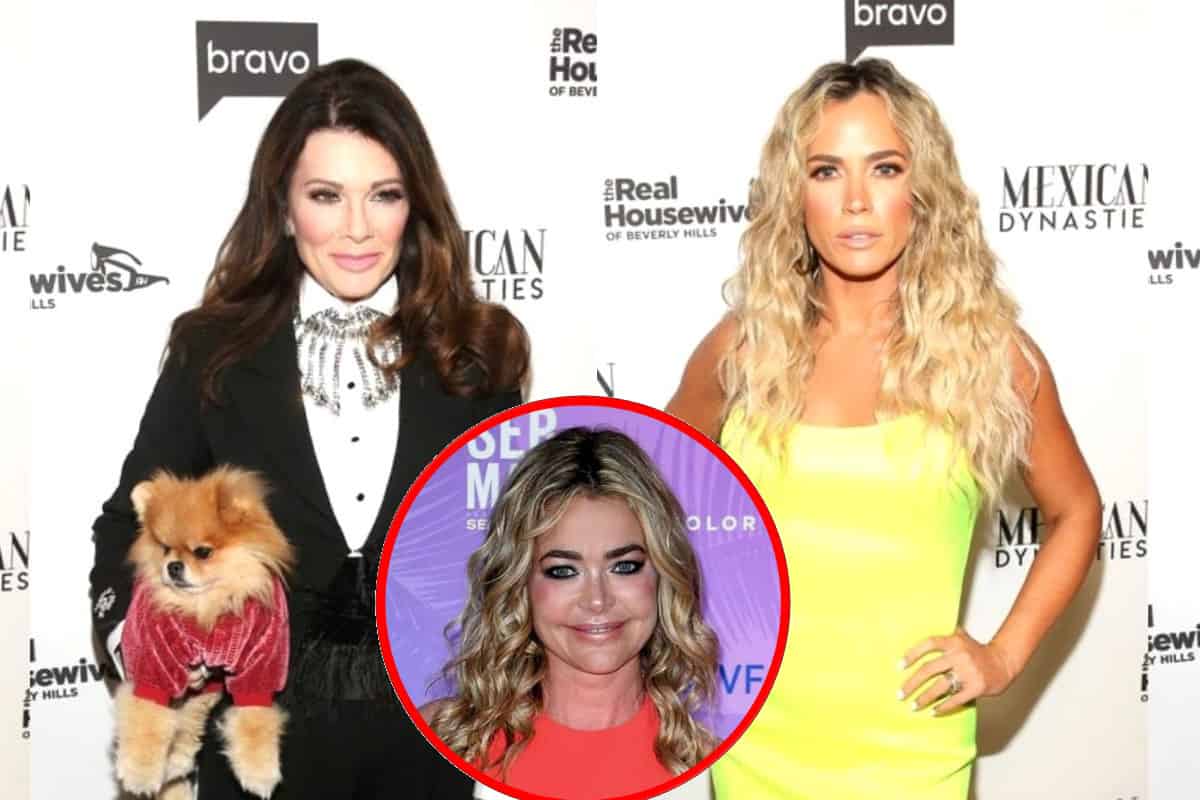 Lisa Vanderpump is weighing in on Teddi Mellencamp‘s alleged firing from The Real Housewives of Beverly Hills.

On the latest episode of her podcast, Lisa threw shade at her former co-star before reacting to the news of Denise Richards‘ “unfortunate” departure from the show, offering some advice to The Real Housewives of Salt Lake City cast, and admitting that her businesses are struggling.

“Teddi Mellencamp got the hoof from [the Real Housewives],” Lisa announced on the September 22 episode of All Things Vanderpump. “People said it was because she was boring. I certainly didn’t have a good experience with her so boring would be one of the nicer things that I could say. Also, I think there was something of contention about her business, something about 500 calories a day. I don’t know how anybody can survive on 500 calories a day. I guess whatever works for you but apparently it didn’t for everybody.”

“I wish Teddi Mellencamp all the best, said no one ever,” Lisa continued.

Moving on to Denise and her recent exit, Lisa suspected Denise “had enough” of her castmates.

“I think it’s unfortunate because I think she was a good addition, but maybe it all got too much,” she reasoned, adding that she knows “exactly how [Denise was] feeling.”

Lisa went on to say that when it came to the allegations of a potential affair with Brandi Glanville, she doesn’t believe that anyone truly cared what happened between the two women. Instead, she believes it was the secrecy surrounding the issue that piqued the interest of her castmates and viewers.

“I think people care more about what you don’t say than what you do say. And I think the fact that she was a little economical with the truth, that might have hurt her,” Lisa noted, seemingly giving a nod to Denise’s denials regarding her friendship with Brandi.

According to Lisa, she’s seen the trailer for RHOSLC and is looking forward to an “explosive” season.

“I wish you lots of luck,” she told the cast. “Just always tell the truth because if you don’t, it will come back to bite you. So good luck and I hope you have a blast because there’s always room for a new one.”

As fans of RHOBH well know, Lisa’s businesses in Los Angeles have been shut down since March, and because she is unable to make money, she’s been faced with challenging times, both emotionally and financially.

“My business is null and void right now. I also have a lot of people that I adore that work for me [and] it’s just all on hold,” she explained. “It’s been a bit of a nightmare but what do you do? People forget we still have to pay the rent, pay the insurance, and a lot of people, they just won’t survive… It’s very challenging.”

Amid the ongoing closures, Lisa is keeping her Vanderpump Dogs rescue afloat by filming Cameos and donating the proceeds to her organization.