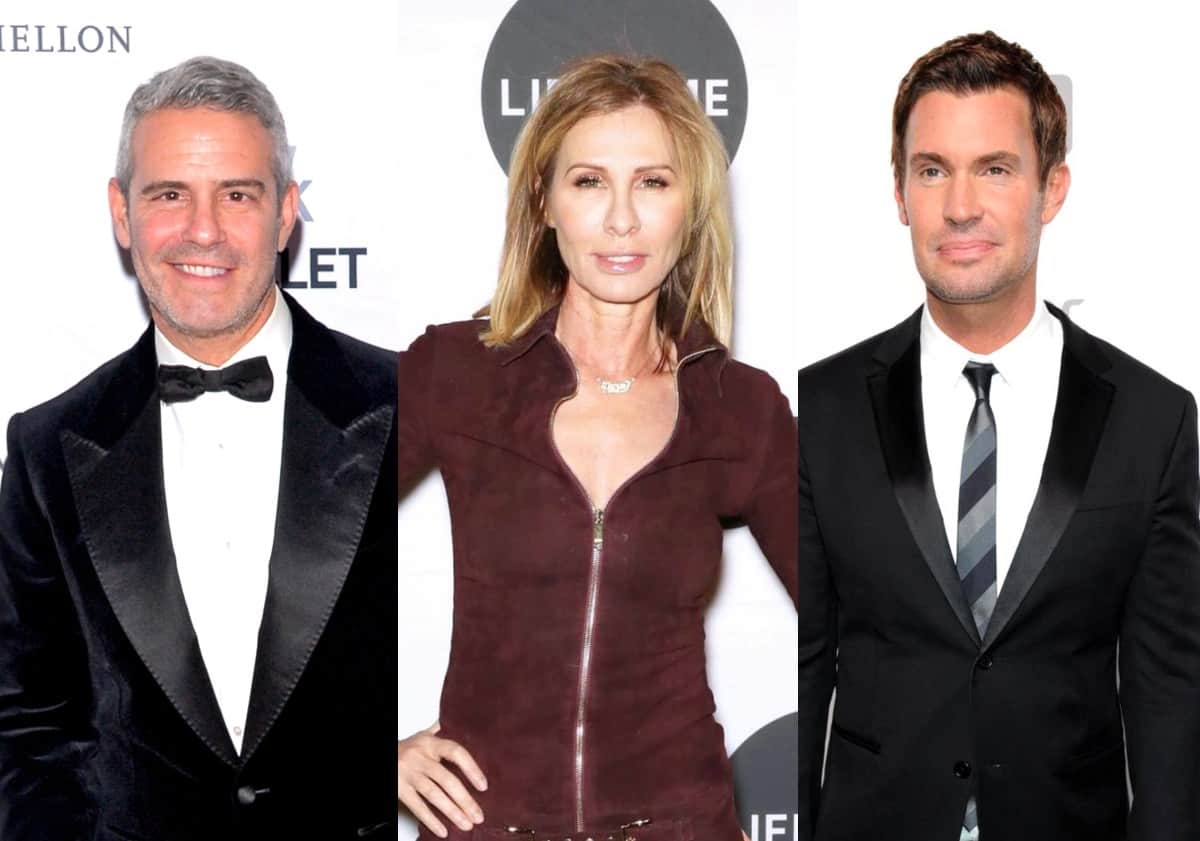 Andy Cohen opened up about his falling outs with Carole Radziwill and Jeff Lewis while appearing on Brandi Glanville‘s podcast on Friday, September 25.

“I agree [that she seems bitter and angry],” Andy told Brandi on Unfiltered. “I think she’s angry toward the show and me and she felt like I was up Bethenny’s a**.”

Although Brandi suggested that Carole had misinterpreted how close she and Andy actually were before they ended their friendship, Andy denied that their relationship had been incorrectly characterized.

“I don’t think she said we were overly close. We were in each other’s circle for years. We didn’t talk on the phone. We didn’t email but I think we had genuine [care] for each other,” he explained.

As for his feud with Jeff, Andy admitted to feeling betrayed by Jeff after he was let go from his role on Flipping Out.

“There was a moment a couple of years ago where he was in hot water with Bravo and I was texting him things and he wound up reading private texts of mine and it kind of betrayed my trust,” Andy revealed. “He and I have discussed it on the air and off the air. That was for sure a significant hiccup for us.”

Despite the drama, Andy said he and Jeff are currently in a good place and that he likes “him a lot.”

“We still are friends. I think we were probably closer friends when… I was an executive on his show. He was on Watch What Happens Live a lot so we really were in contact by design way more than we are now. [But] I’m grateful that he’s on [my] radio channel,” Andy shared.

When Brandi then asked Andy who he believes are the richest cast members of the Real Housewives franchise, Andy named Adrienne Maloof, who starred on the RHOBH seasons one through three first, while also saying the estimates shared by Celebrity Net Worth are typically far from correct.

Andy added that Mauricio Umansky, the husband of RHOBH‘s Kyle Richards, “makes a lot of money,” as well.

RHOC Alum Heather Dubrow Suggests Braunwyn Calls Paparazzi on Herself, See How Kelly Dodd Reacted and What She’s Saying About Returning if Braunwyn is ...