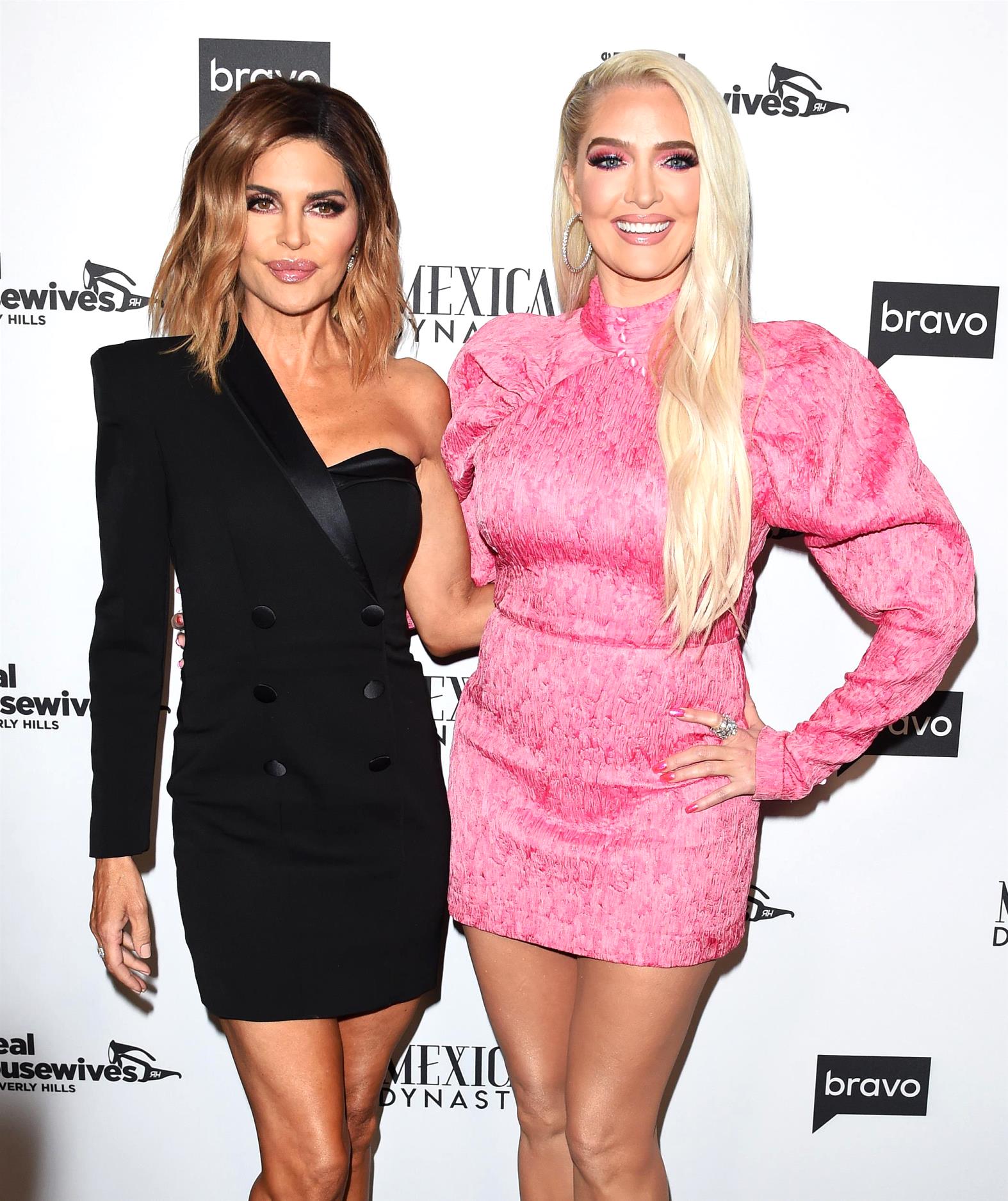 Lisa Rinna and Erika Jayne shared a couple of statements on Instagram over the weekend amid rumors regarding their potential firings from The Real Housewives of Beverly Hills cast.

After prompting rumors that they had both been booted from the series ahead of production on season 11 by removing RHOBH from their Instagram bios, Lisa and Erika returned to social media with a couple of Thelma and Louise-inspired messages as filming reportedly began on the new episodes.

“Here we go…..Thelma,” Lisa wrote in the caption of a photo of herself and Erika from last season.

“Hi Louise,” Erika responded, along with a blushing emoji.

Following the messages, fans appeared to be confused as to whether the post was Lisa’s way of confirming they are starting production with their RHOBH castmates or leaving the show.

“Do we not think this is because they’re both ‘leaving together’ as Thelma and Louise did?!?” one person asked.

“They’re giving y’all something to talk about. They didn’t quit the show,” suspected another.

“I have a feeling they both left the show,” wrote someone else.

Another fan mentioned the way in which Lisa reportedly removed the RHOBH hashtag from her Instagram bio as Erika is said to have removed the diamond emoji from hers.

“Confused why both of your bio’s changed? There better not be an exit from either of you??!” they said.

At the end of last week, a rumor began circulating on Instagram that Erika had been demoted in the RHOBH cast ahead of season 11.

“Rumor has it Erika is not returning to #RHOBH next season after she was offered a Friend of role and turned it down,” the Real Housewives Confessionals fanpage on Instagram shared. “Would you miss Erika next season if she didn’t return?”

Amid rumors regarding Lisa and Erika’s futures with the series, cast member Dorit Kemsley seemingly confirmed she will be back for season 11 by saying she was “back to work.”