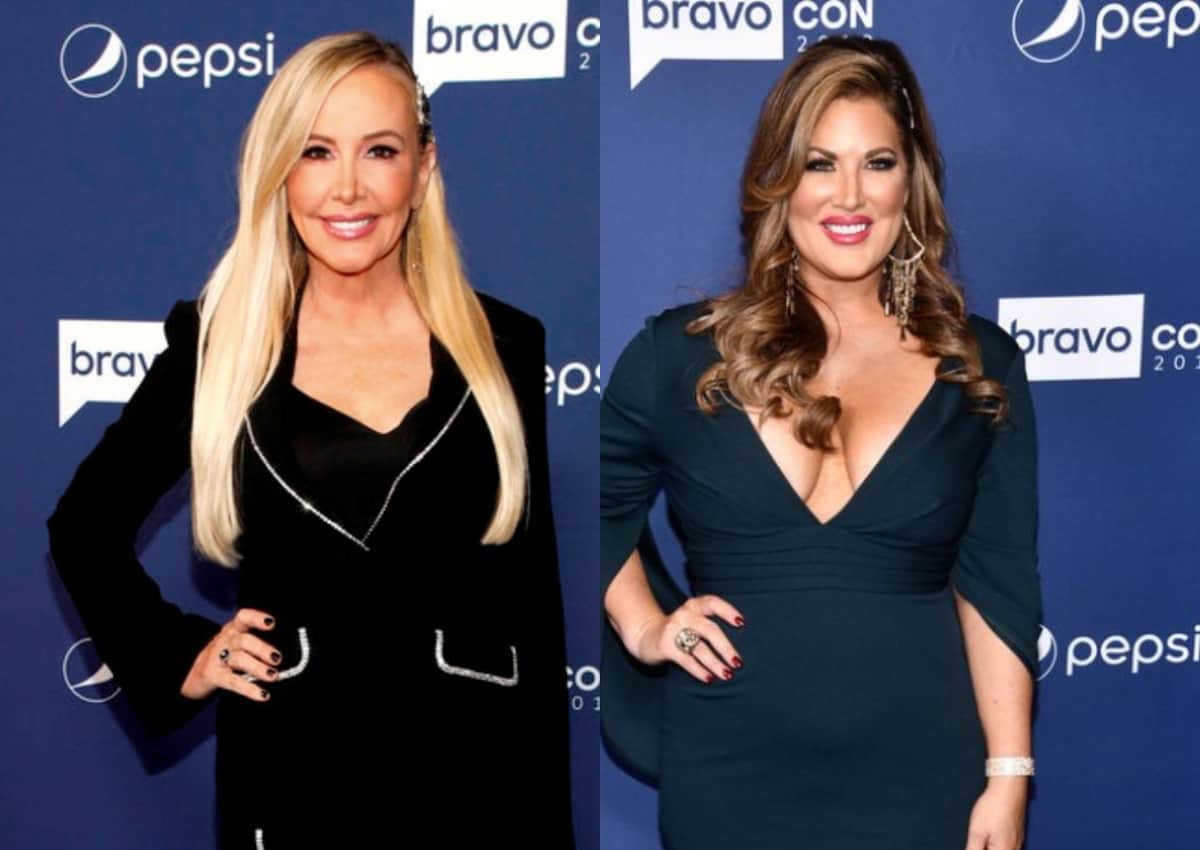 Shannon Beador has a few choice words for Emily Simpson.

In a recent interview, the Real Housewives of Orange County star opened up about the current status of her friendship (or perhaps lack thereof) with Emily, noting some of Emily’s past social media behavior that didn’t sit well with her.

Speaking with PeopleTV’s Reality Check, Shannon said that the 44-year-old attorney was “very smart,” but there were a few other aspects about her co-star that she didn’t love.

“She came after me last season,” Shannon stated. “She tweeted on social media, things about my body and my business. That’s rotten!”

As RHOC fans are aware, Emily didn’t have the greatest of seasons last year amid marriage troubles with her husband Shane Simpson. She had apparently heard about Shannon gossiping behind her back, which caused her to lash out.

“[Shannon Beador], you must have lost 40 pounds of fat, but you definitely didn’t lose 40 pounds of jealous,” Emily tweeted last year.

Emily later apologized for the tweet to Shannon on a cast trip during last season, but Shannon wasn’t having it, calling the alleged gossip “hearsay” and condemning Emily for tweeting the insult.

“I understand what hearsay is, that’s why I’m apologizing,” Emily told Shannon on the episode. “I should have picked up the phone, I should have texted you, I should’ve have asked you. That was wrong … that’s 100 percent on me. I hope that you will accept my apology. I really just want to move forward. I take 100 percent of responsibility.”

Emily has also spoken in the past about Shannon’s inability to make any effort to repair their relationship after the conflict, hinting at her frustration at the one-sided friendship.

“I don’t think Shannon and I ever have any kind of conflict the rest of this season, but we definitely don’t have any bonding either,” Emily explained about season 14, adding how the resolve would need to be “reciprocated” in order to move forward.

Could Emily and Shannon try and repair their broken relationship this next season?

The Real Housewives of Orange County season 15 premieres October 14 at 9/8c on Bravo.