Home Real Housewives of Potomac News Monique Samuels Slams “Shady Editing” on RHOP and Reveals What Wasn’t Shown After Brawl With Candiace, Explains Post-Fight Behavior Plus Why She Nearly Quit

Monique Samuels Slams “Shady Editing” on RHOP and Reveals What Wasn’t Shown After Brawl With Candiace, Explains Post-Fight Behavior Plus Why She Nearly Quit 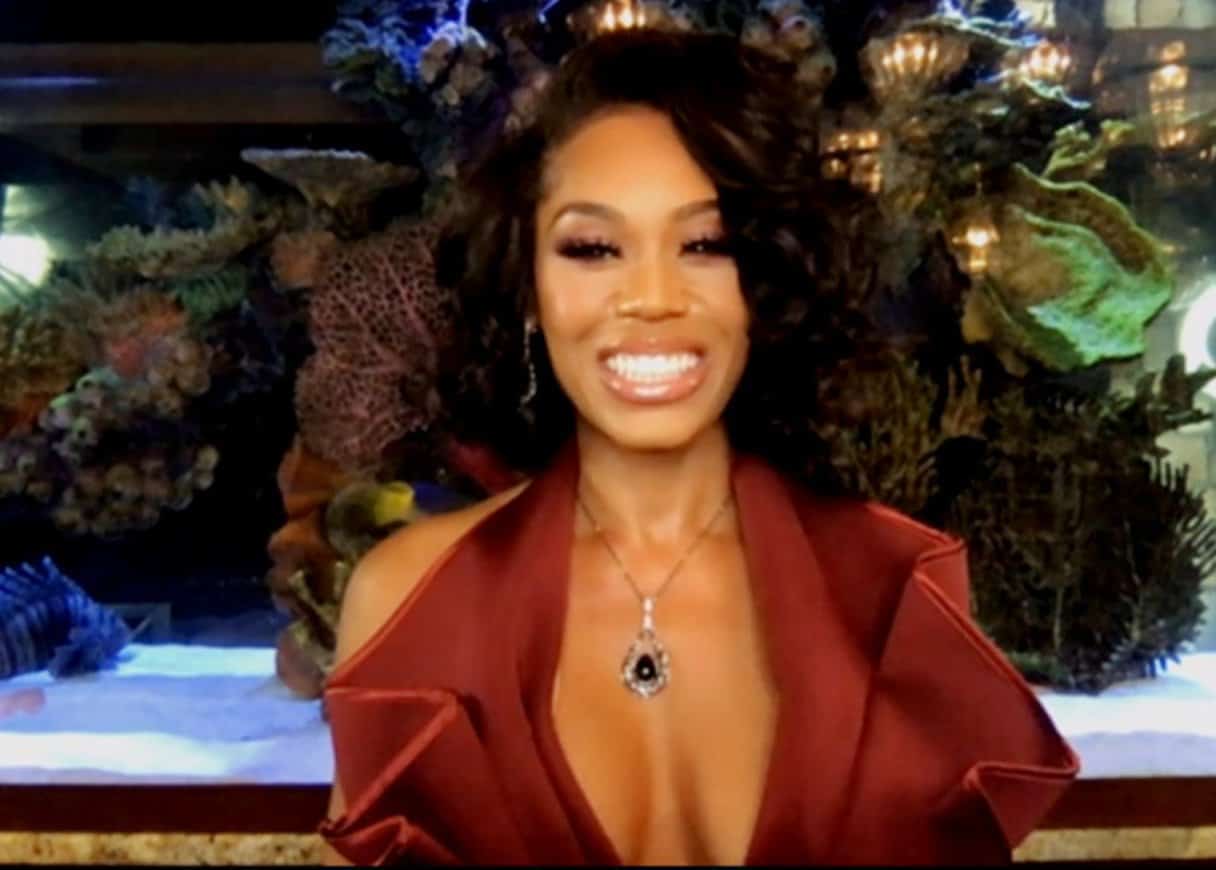 Monique Samuels opened up about the moments that followed her brawl with Candiace Dillard-Bassett on Instagram after the latest episode of The Real Housewives of Potomac featured Candiace considering pressing charges against her.

After being accused of failing to take accountability for her behavior, Monique insisted that there was more going on behind-the-scenes than fans realized. She noted that after experiencing a “blur” after her fight with Candiace, she went through a journey that nearly resulted in her walking away from her role on the show.

“What most people don’t realize is I’m ‘dealing’ with coming to terms with my part in the matter. At times struggling to put into words how I felt in the moment and the order of events that transpired. Without the ability to press rewind or see the footage. Purely going off of my own recollection, which at times was crystal clear and then the next day was a blur. Coupled with people telling me what I recalled did or did not happen,” Monique explained on Instagram.

According to Monique, she didn’t simply put a Band-Aid on the situation and walk away. Instead, she went through a process and allowed herself to grow while coping with the events that unfolded.

“This is what growth looks like,” she explained. “A whole entire journey that I never shied away from and almost left the show so I would have time to really work on myself and realize my triggers.”

After reading Monique’s explanation, one fan said that while she believes the reality star is “remorseful,” she felt her insinuation that she didn’t remember what happened was set up as a means to defend her actions.

“It almost seems like you’re trying to set up a line of defense for saying at the meeting that you blacked out after pulling Candiace’s hair and couldn’t remember anything then later after seeing the scene when you were talking to someone in the SUV and telling them what happened after pulling Candiace’s hair like you did remember,” the fan noted.

In response, Monique slammed RHOP producers for their “shady editing” and explained the timeline of what went down.

“That’s some shady editing. The episode prior clearly shows me after being pulled away from the fight in the stairwell where I asked the producer what happened,” she shared. “I asked is there wine in my face? Did she hit me with a glass? This was my INITIAL reaction- confusion.”

“I was in that car almost an hour later and by that time was putting the pieces together based on what I recalled,” she added. 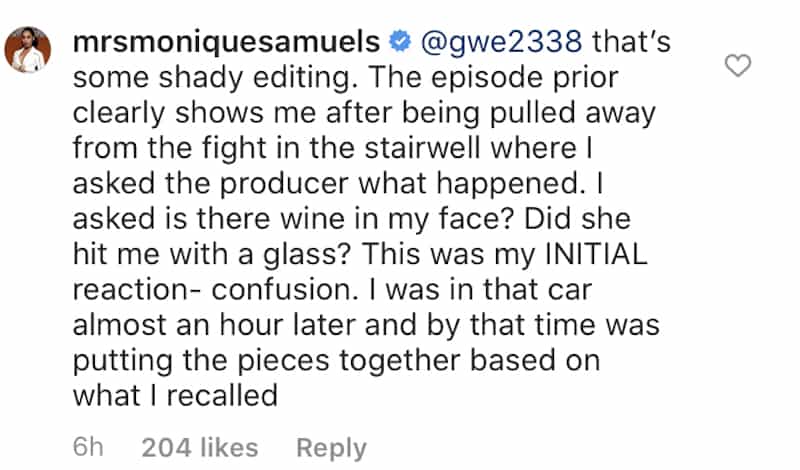