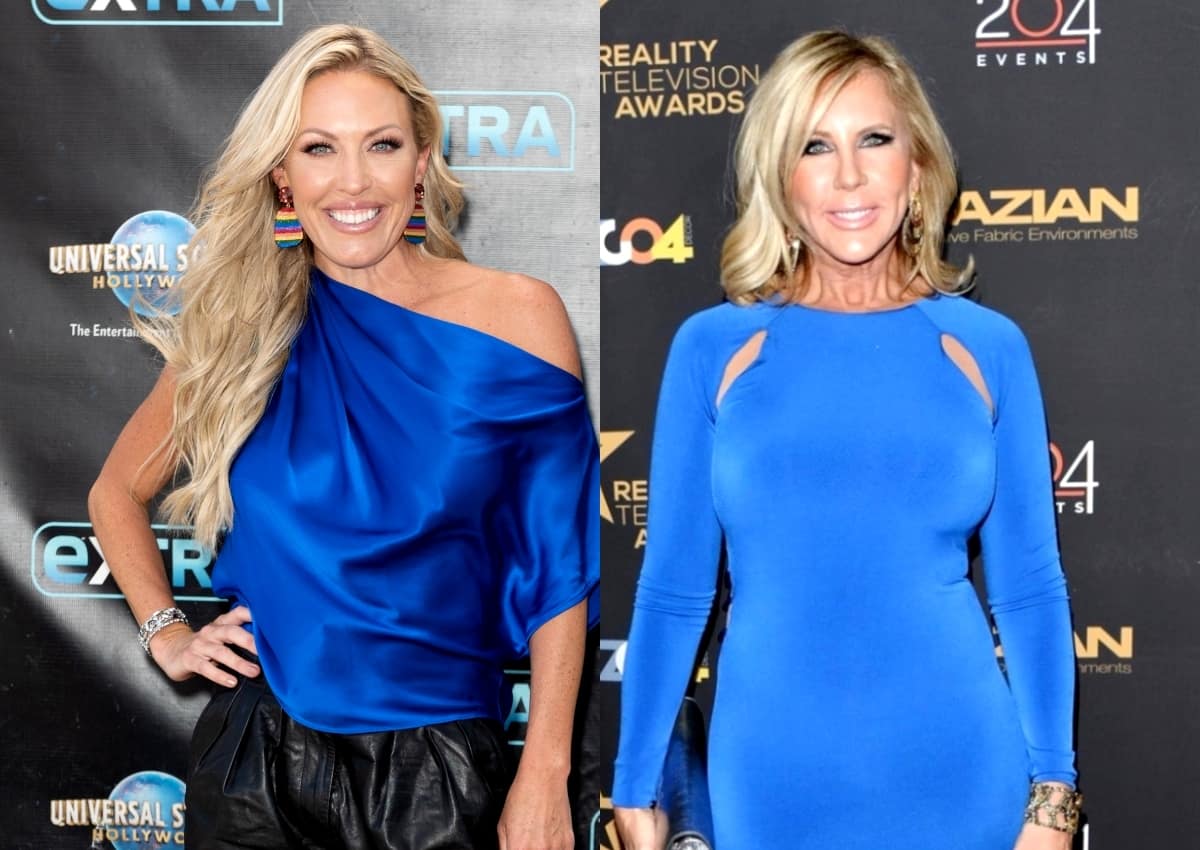 Braunwyn Windham-Burke is happy that Vicki Gunvalson is no longer a part of The Real Housewives of Orange County cast.

During a new interview, the mother of seven took aim at the OG of the O.C., slamming her for creating “fake drama” and lying about Kelly Dodd, before sharing her thoughts on the exit of Tamra Judge and explaining why Shannon Beador flourished on the show without the “Tres Amigas.”

“I think it’s good not having Vicki there because a lot of what she did last year was manufactured, fake drama and lies against [co-star Kelly],” Braunwyn told Digital Spy on October 16. “I’m not into that kind of thing, I don’t really like that when women do that do each other.”

While there is no love lost between Braunwyn and Vicki, Braunwyn said she hoped Tamra would be back for season 15.

According to Braunwyn, she misses spending time with Tamra but knows that when it comes to RHOC, people often lose touch with one another after someone leaves the series.

RELATED:  Thomas Ravenel Defends Kathryn After Patricia Shades Her as "Malicious" For Starting "Unfounded Rumors,” Thomas Slams Southern Charm Star as a "Liar" and "Fraud," and Hints at "Lawsuit"

“It’s just like with anything. When you graduate from college, you don’t see your friends anymore. It’s sad,” she admitted.

As for the way in which Shannon flourished during production on the new episodes, Braunwyn said her co-star was able to form new relationships with the rest of the women after the other ladies of “Tres Amigas” quit their roles on the show.

“It definitely gave Shannon a chance to make closer relationships with other people,” she stated.