Former Vanderpump Rules star Stassi Schroeder is sharing a new design update of her baby’s nursery as she and husband, Beau Clark, joined their friends and ex-castmates, Jax Taylor and Brittany Cartwright, for a “date night” in Malibu, California on Monday.

As both the women prepare to welcome their first children early next year, with Stassi expecting a baby girl in January and Brittany expecting a boy in April, Beau shared a photo from their night out on the coast as wife Stassi took fans inside their daughter’s Harry Potter-themed nursery.

“Date night,” Beau wrote in the caption of his photo, which featured the group sitting at an outdoor table overlooking the Pacific Ocean at the Moonshadows restaurant. 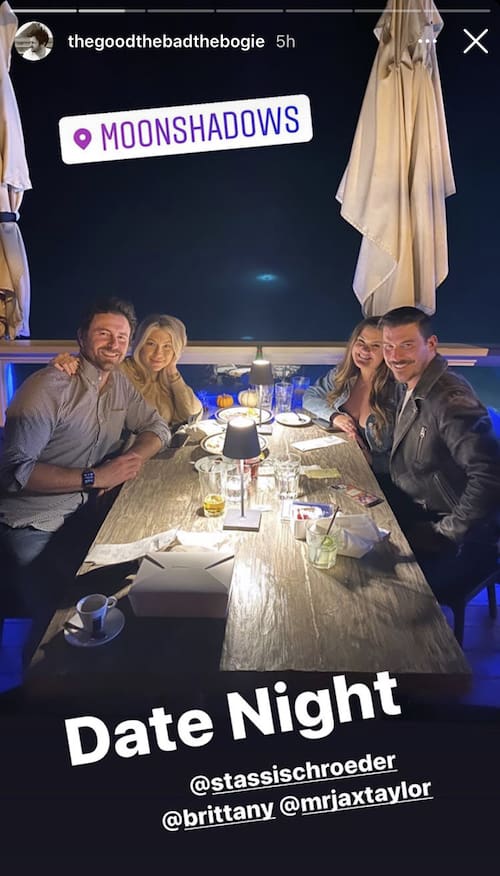 While Stassi was cut from her full-time role on Pump Rules in June, just days before confirming her baby news, she has remained quite close to the cast. This is especially true now that she and Brittany, as well as Lala Kent, are expecting.

As fans of the series will recall, Lala, who is expecting a baby girl in April, and Brittany both confirmed their pregnancies in September.

Since expressing her excitement for her and Beau’s next chapter as parents, Stassi has been getting her daughter’s nursery ready at the $1.7 million Hollywood Hills home she purchased earlier this year.

In a photo shared to her Instagram Stories on October 19, Stassi gave her online audience a look at the adorable room.

“Okay but how magical is my baby’s mini Harry Potter [outfit of the day] mirror?! Fairytale vibes,” Stassi wrote in the caption. 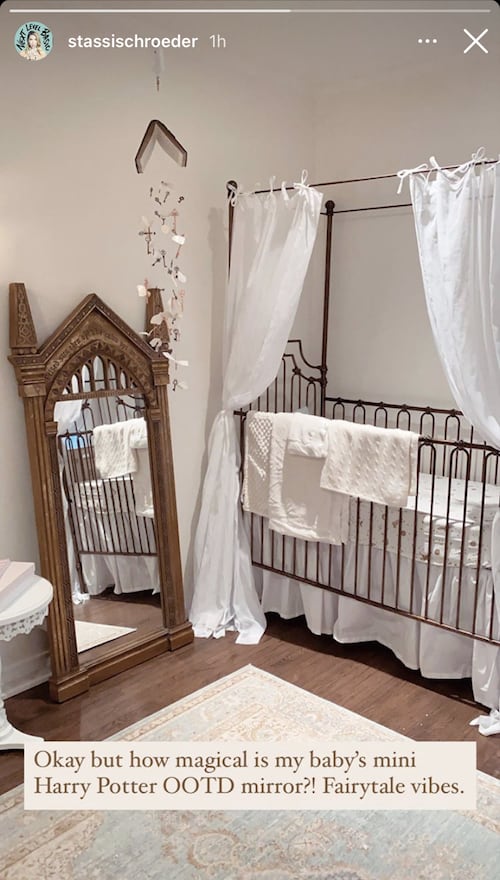 In addition to the excitement of their baby news, Stassi and Beau are also basking in the glow of their recent wedding, which was held outdoors in Los Angeles last month.

“Today would’ve been our wedding day. We went and did it anyway,” Stassi announced earlier this month, confirming she and Beau tied the knot in September 2020.

At the same time she confirmed her September wedding, Stassi said that she and Beau are hoping to tie the knot in a second wedding in Italy in October of next year as they planned to do in October of this year.

“I am so proud to be your wife,” Stassi added in her wedding post.

A ninth season of Vanderpump Rules has not yet been confirmed by Bravo.