Home Real Housewives of Potomac News RHOP Star Wendy Osefo Fires Back at Claim Her Family is From a “Cursed” Nigerian Tribe and Issues Cease and Desist, Plus Monique Liked Tweet About the Claims, and Live Viewing Thread

RHOP Star Wendy Osefo Fires Back at Claim Her Family is From a “Cursed” Nigerian Tribe and Issues Cease and Desist, Plus Monique Liked Tweet About the Claims, and Live Viewing Thread 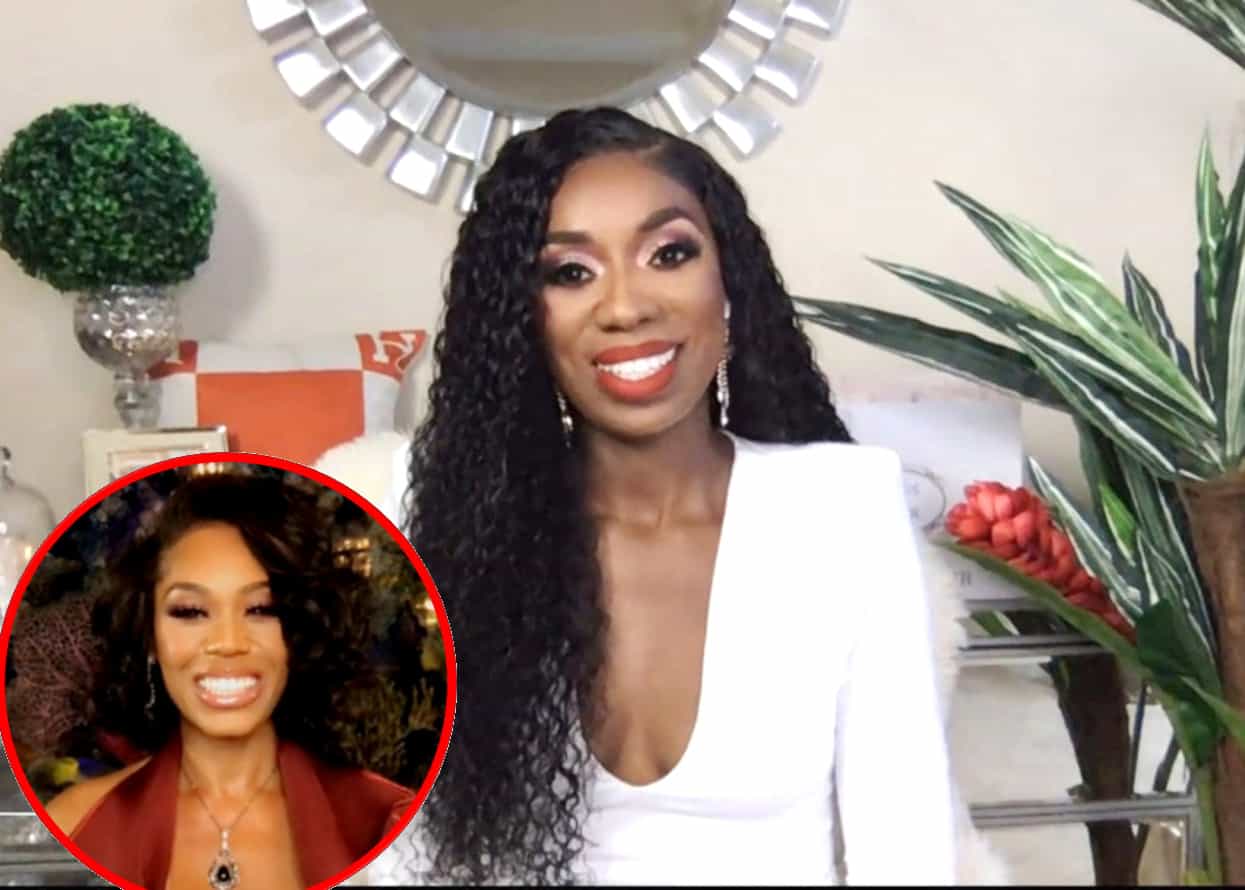 Wendy Osefo revealed earlier this season on The Real Housewives of Potomac that she and husband Eddie Osefo are estranged from his family. The reality star explained the beef further in last week’s episode, chalking things up to strained familial dynamics, but a relative recently blamed it on a supposed “curse” in Wendy’s family line.

As viewers saw on Sunday’s episode, with Wendy’s elaborate, Nigerian-style Sip and See, her culture and its traditions run deep. Apparently, with those traditions also comes the idea of family curses, and one member of Eddie’s family is claiming Wendy’s family “curse” is the reason for Eddie’s parents being estranged, not Wendy and his mother having conflict, as Wendy shared in this week’s episode.

That in-law of Wendy’s recently reached out to All About the Tea to further explain the phenomenon, claiming the RHOP star’s family line has a “bad reputation” other Nigerian families are keen to avoid.

“Wendy’s family is the Western equivalent of the ‘wrong side of the tracks,’” the insider shared. “Her family and their ancestors have had bad reputations because of evils stemming from past generations. They are ‘Osu,’ essentially cursed. Osu families are avoided by non-Osu people.”

The source continued, “Traditionally, when a couple decides to get married, both sides must trace back their lineage to ensure that they are from good stock, and not Osu-cursed,” explained the family insider. “Proceeding with a marriage despite the discovery of Osu lineage is not merely marrying down, but effectively destroying your family, their reputation, and limiting the social mobility of any future children. The family is forever scandalized.”

Wendy shared on the show that her mother was a “chieftain,” but the source noted the tribal title wasn’t something to be proud of, saying it didn’t matter if you were from “an outcasted group” and that people from “higher castes” are “forbidden” from marrying into that caste.

Moreover, the insider alleged that Wendy “needs that [Bravo] check,” claiming that she and Eddie had “over $1.5 million in student loan debt” and were “renting for eight years after they got married.”

Wendy, a John Hopkins professor and political commentator, is not one to back down from an argument, and apparently shot back with a cease and desist letter.

After the article was published, the blog Bug News posted a now-removed article about Wendy’s bloodline allegations and Wendy’s team reached out to the outlet with a cease and desist, claiming that her mother and father do not contain the “Osu” lineage.

In addition, Wendy’s sister, Yvonne Umezurike, allegedly underwent a “customary background search” and no mental illness or Osu lineage was found in their family’s bloodline.

Moreover, the letter claimed Eddie’s sisters (the suspected sources for the “Osu” allegations) are allegedly “extremely angry and vindictive people” who have “spread lies and false claims” about Wendy’s family since she and Eddie wed almost 10 years ago.

To make matters even more wild, after the original article was shared on Twitter, numerous fans retweeted the piece and Wendy’s co-star, Monique Samuels, apparently liked the shared report from someone she doesn’t follow, causing the article to appear in Monique’s followers’ Twitter feeds, The Cheat Sheet reported.

Monique and Wendy seemed to click upon meeting each other earlier this season, but things went awry after Monique and Candiace Dillard-Bassett‘s violent altercation at a group outing to a winery, as Wendy took her pal Candiace’s side post-fight.

Monique noted her hurt feelings when she said that Wendy seemed to initially care about her, but then ultimately showed distaste for her actions, blaming Monique for not taking accountability for the conflict.