Teddi Mellencamp Responds to Potential Spinoff With Kyle Richards and Cries Over RHOBH Exit, Shares Where She Stands With Dorit and Confirms She Recommended Crystal Kung Minkoff 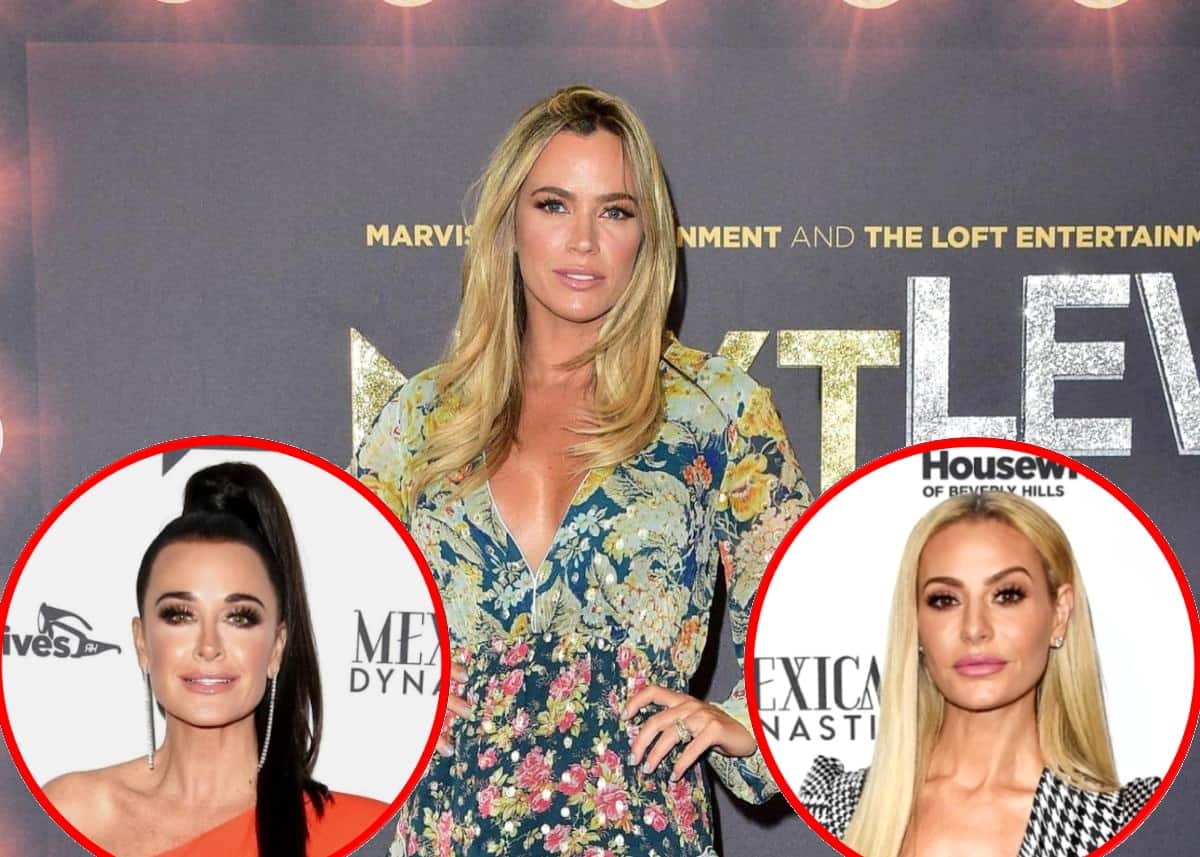 Teddi Mellencamp held a Q&A for her fans and followers on her Instagram Stories on Tuesday, October 27. During the chat, the former Real Housewives of Beverly Hills star spoke of life post-Bravo.

In addition to revealing it was she who referred new cast member Crystal Kung Minkoff to producers, Teddi broke down in tears over a question about the show while also sharing whether she has been in touch with Dorit Kemsley and reacting to the idea of a spinoff with Kyle Richards.

“[Crystal] is awesome,” Teddi said of the newbie. “I’ve known her since our kids were babies and also now that they’re not babies, they do dance together on Thursdays.”

According to Teddi, she took it upon herself to refer Crstyal to her RHOBH producers because she knew she would be a hit with the show’s audience.

“I recommended her because she’s beautiful and smart and funny and all the things. And you guys are absolutely going to love her,” Teddi vowed.

Although some might be bitter about the fact that Teddi’s recommendation was brought to the show at the same time she was booted, Teddi said she had “no hard feelings” toward producers.

When Teddi was then asked if she is happier now that she’s no longer appearing on the show, she immediately teared up.

“I don’t know why that question made me emotional,” she said through tears. “Sometimes I’m a million times happier because that anxious toxicity it can sometimes bring is gone but there’s some days that I have FOMO and I miss my friends.” 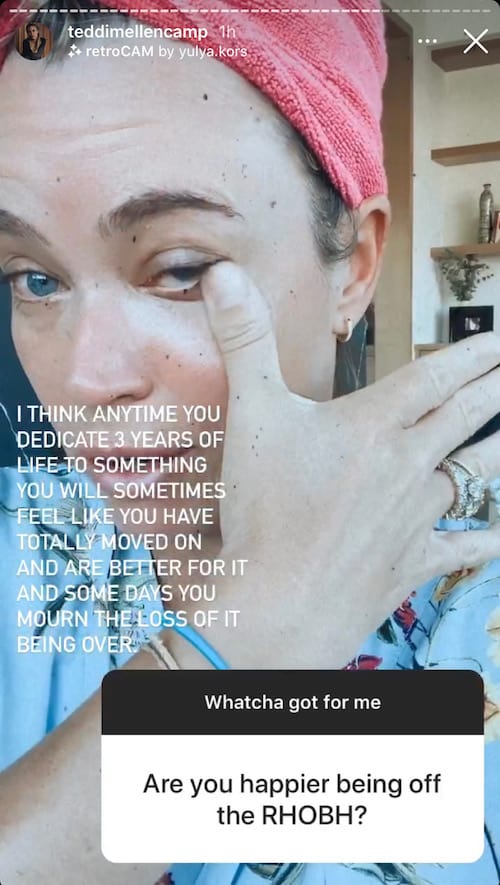 Although Teddi has only been seen with Kyle in the weeks since she announced her departure, she is still on good terms with a number of her ex-castmates, including Dorit, who she feuded with on-and-off throughout her Bravo run.

“I messaged [Dorit] when I found out my contract wasn’t being renewed and I just said, ‘I know we had some good times and some not so good times but I wanted to wish you the best and I wanted you to hear it from me.’ And she responded back with something nice,” Teddi said of her latest interaction with Dorit.

Another fan noted that Teddi and Kyle should have their own show.

In response, Teddi gave off a big smile as she included a man “making it rain” over the idea. 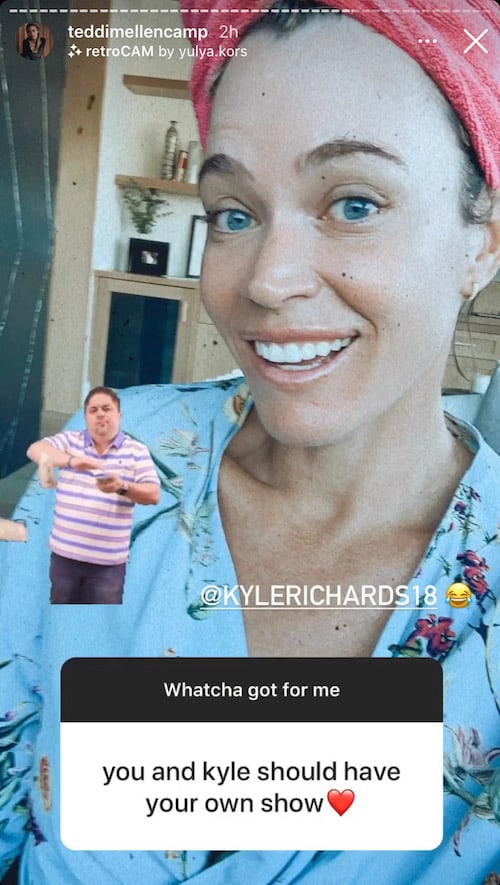 “We met through [Edwin Arroyave] and [Beau Clark] who became friends years back due to their obsession with all things Rams,” she shared. 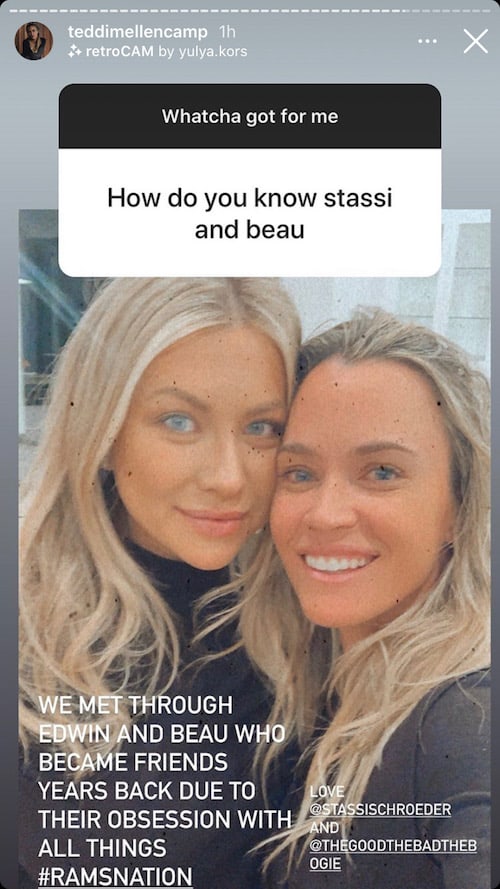