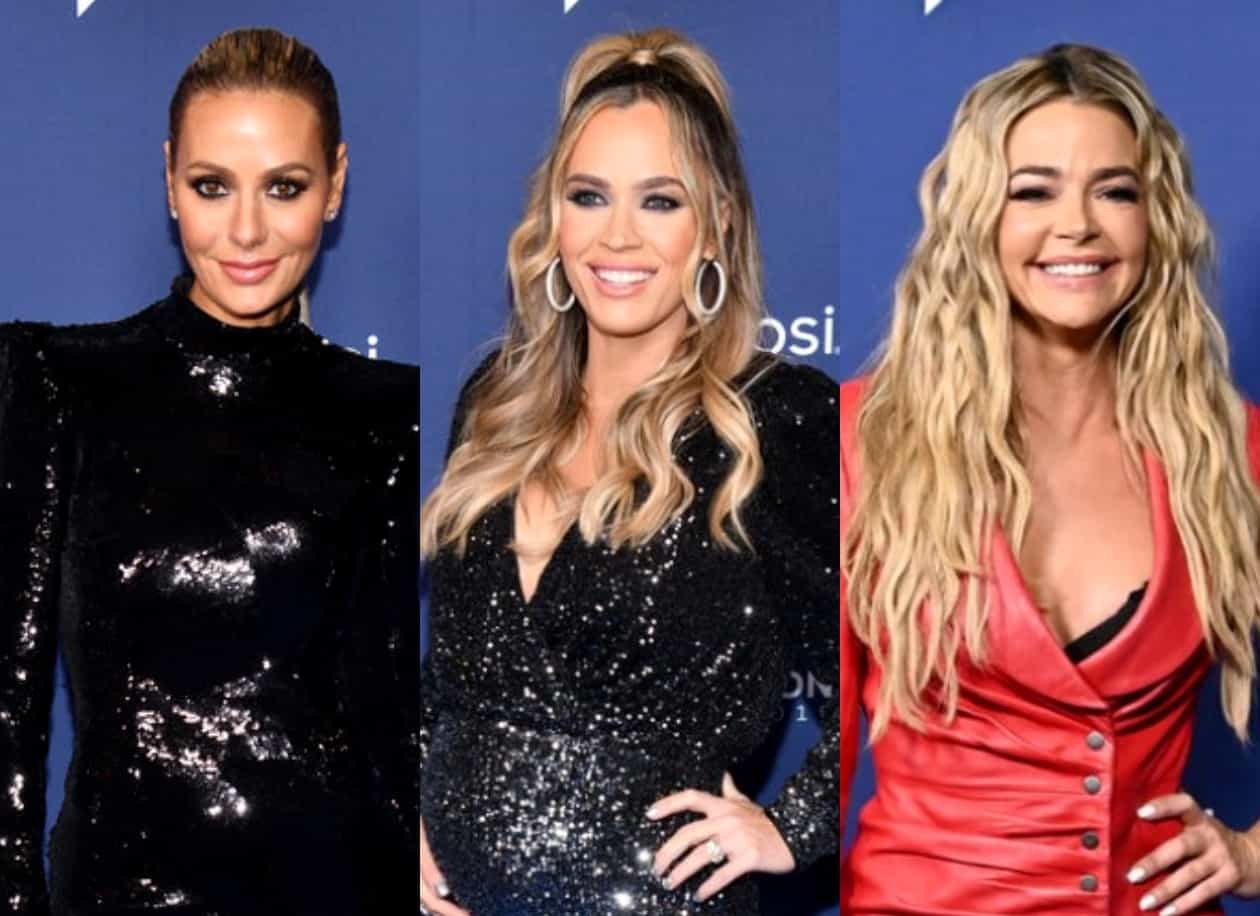 Denise Richards may have had a rocky 10th season of The Real Housewives of Beverly Hills, but that doesn’t mean she’s estranged from the cast after wrapping production. In fact, according to Dorit Kemsley, she still has allies on the show.

During a recent interview, Dorit revealed where she stands with Denise before throwing shade at Teddi Mellencamp for the way in which she confronted Denise about the affair rumors on the show and discussing the way in which RHOBH changed after Lisa Vanderpump‘s June 2019 departure.

“I’m happy to say Denise and I have a great friendship,” Dorit confirmed during an appearance on The Morning Toast. “She’s somebody that I connected with very quickly when I met her for the first time two years ago. When I was going through a hard time, she really lent herself in such a soft, kind way and I don’t forget those things. We really bonded and I think she’s very funny and she’s sweet and kind and caring.”

”I met her and inside the first 30 seconds, she insulted me,” Dorit recalled. “[So], if there is a story which I have to believe either my friend or someone I don’t know anything about and [who] hasn’t been very nice, it’s clear I’m going to be on Denise’s side.”

After revealing she is Team Denise, Dorit said she thinks the rumors of a supposed affair between Denise and Brandi should have never been mentioned on the show.

As RHOBH fans will recall, Brandi was seen telling Teddi and Kyle Richards that she and Denise slept together before Teddi confronted Denise about the matter during a cast dinner. Looking back on the matter, Dorit said she would have never done what Teddi did.

As for whether or not Denise will be rejoining the cast for production on season 11, which will likely begin before the year’s end, Dorit said she doesn’t see any reason that Denise wouldn’t be part of the group before confirming Denise is friends with both her and Garcelle Beauvais.

While Garcelle wasn’t in the best place with Kyle when season 10 wrapped, Dorit said she and Garcelle have remained on good terms before admitting she and Sutton Stracke got off to a rocky start when the two ladies were added to the cast last August.

“Garcelle, when I first met her, it was an easy connection. She was so fun. Our personalities connected. We had a great time and I really liked her from the beginning,” Dorit said. “Sutton, on the other hand, things can come out of her mouth without thinking. She’s quirky. In the beginning, I was trying to figure her out [and] trying to understand [her].”

Dorit then shared her thoughts about Lisa’s exit from the show and the way in which her absence impacted the dynamic of the group.

“I think [Lisa Vanderpump] was a very important part to the show for a very long time. She had a very big fanbase. And it was her decision to leave and I think maybe it was the best decision for her [and] for everybody,” Dorit confessed. “It felt different after she left. There was definitely something that lifted or shifted. Everybody, across the board, kind of felt it.”