Home Real Housewives of Beverly Hills News RHOBH’s Denise Richards Reveals What Brandi Glanville Lied About on Show, Suggests She Was Attacked by Cast Mates Because She’s an “Easy Target” Due to Her Openness Last Season

RHOBH’s Denise Richards Reveals What Brandi Glanville Lied About on Show, Suggests She Was Attacked by Cast Mates Because She’s an “Easy Target” Due to Her Openness Last Season 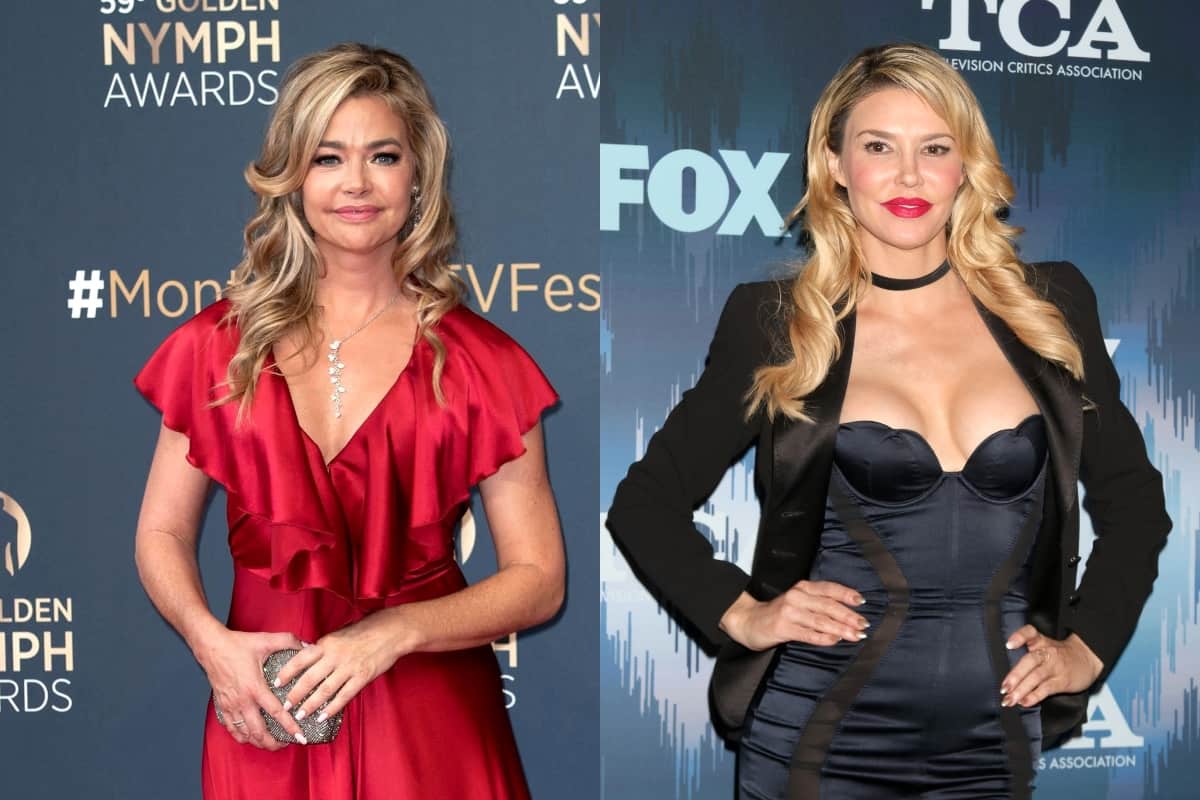 Denise Richards called out Brandi Glanville for lying on Wednesday night’s episode of The Real Housewives of Beverly Hills on Twitter as the show aired.

After she and Brandi were seen with their co-stars, including Denise’s husband, Aaron Phypers, at a party thrown by Kyle Richards, Denise reacted to the claims of an affair that Brandi made against her during the show before responding to a fan who mentioned the way in which Denise’s cast mates have allegedly attacked and lied about her throughout season 10.

“What she has said is not true,” Denise told a fan who shared a clip from the episode.

According to Denise, Brandi told her that she was nervous seeing her RHOBH co-stars because she “wasn’t sure how they would be [with] her.”

“They didn’t air that though,” Denise explained. 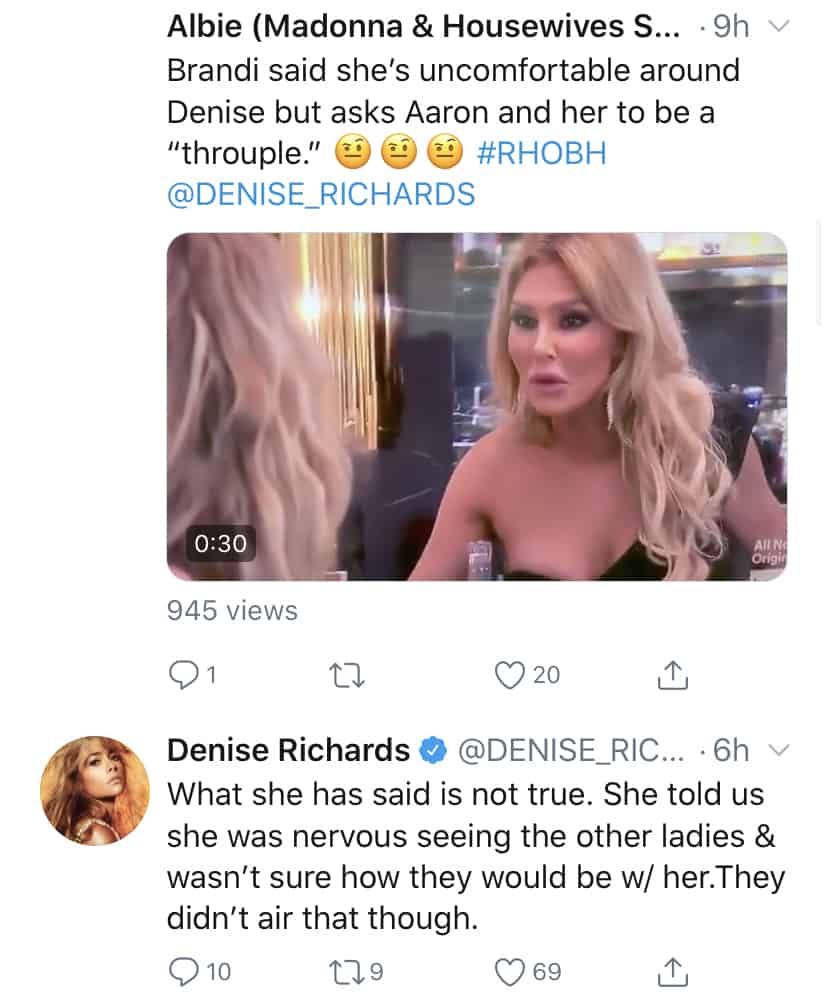 Denise also spoke out about her latest on-screen drama with the RHOBH cast in the comments section of her latest Instagram post after a fan said they did not understand “why everybody is attacking [her] this season and lying about [her].”

“I guess they needed someone,” Denise replied. “I was an easy target with some things I shared last season.” 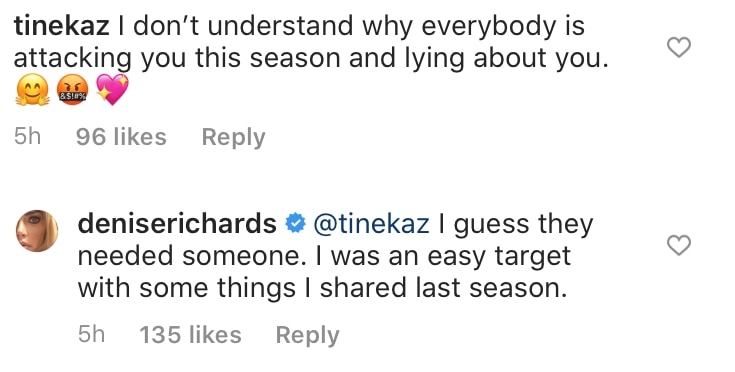 As fans of RHOBH will recall, Denise made a number of racy comments about her love life during season nine and even admitted to getting her husband a “happy ending” massage. Then, throughout the series’ 10th season, Denise seemed a bit more buttoned-up as she made a point to keep her sometimes loose-lipped co-stars from making inappropriate comments in front of her children.

While there have been rumors claiming Denise quit the show amid production last year, she has vehemently denied any such thing and recently participated in the virtual taping of the season 10 reunion.