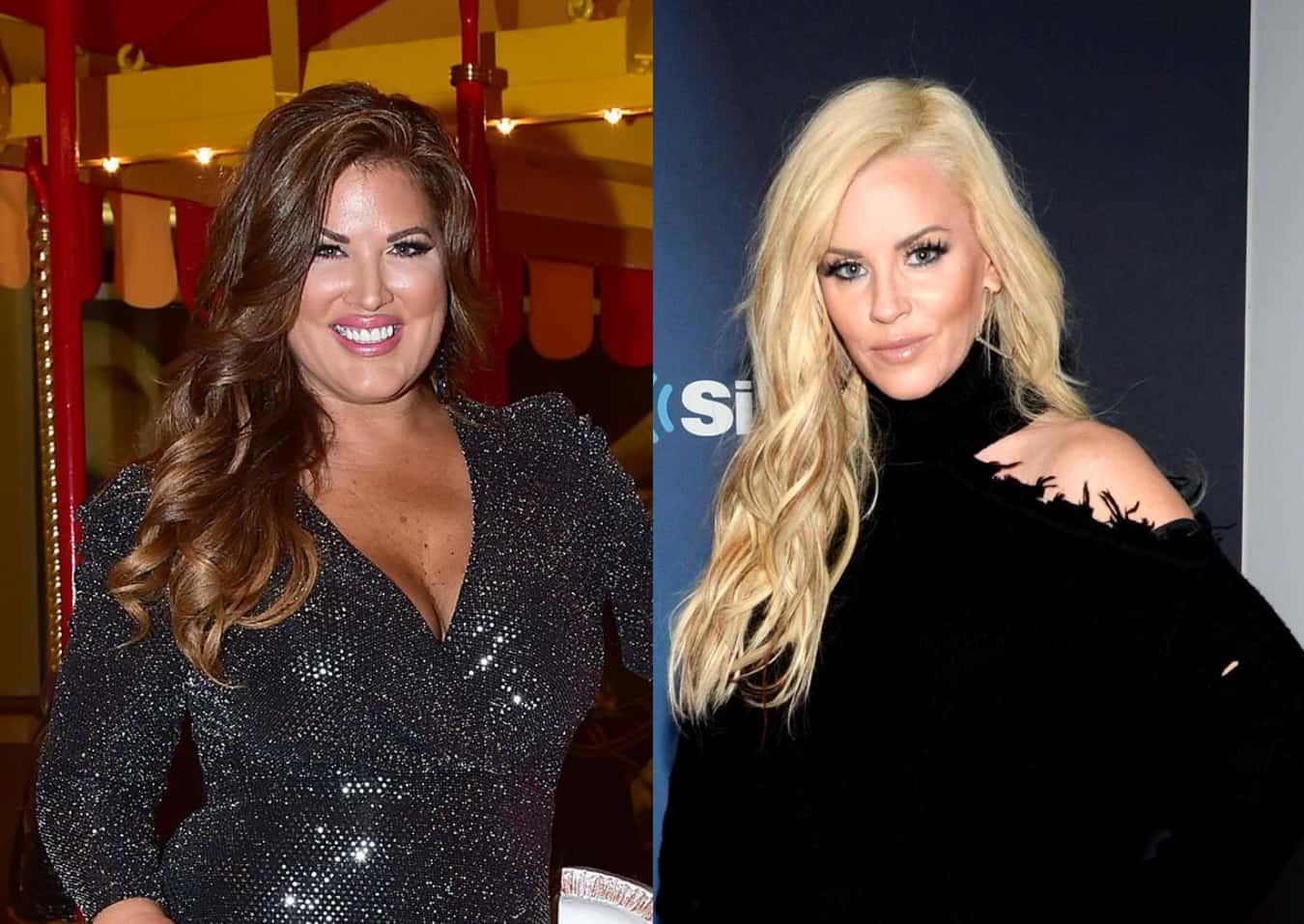 Emily Simpson appeared on the November 4 episode of Watch What Happens Live where she endured a very awkward moment with fellow guest Jenny McCarthy.

Following the latest episode of The Real Housewives of Orange County, Emily and Jenny appeared on Andy Cohen‘s late-night show where they played a game of “Who’s the Bigger Dork!?” with Emily’s husband, Shane Simpson, and Braunwyn Windham-Burke‘s husband, Sean Burke, as the candidates.

“Jenny! This is not hard!” Emily insisted.

“I know, you know why? Because they’re both dorks, they’re both huge losers but I’m going to go with Sean,” Jenny explained, noting that she was turned off by Sean’s statement necklace.

After Jenny suggested that both Shane and Sean were “dorks” and “huge losers,” Andy quickly reminded Jenny that Shane is Emily’s spouse.

“That’s right, I’m sorry,” Jenny said as she put her hands over her mouth.

“Yeah, seriously, you just called my husband a loser right in front of me… Wow,” Emily agreed.

At that point, Jenny attempted to undo her ill statements about Shane.

“Listen, I screwed up the names,” she explained. “It’s the guy with the necklace. I go, ‘Those necklaces, I can’t take those necklaces.'”

As fans of RHOC well know, Shane hasn’t always had the best reputation on the show. In fact, he’s faced a ton of backlash over the way he’s spoken to her and treated her over the years. Luckily, during the season 14 reunion, he somewhat redeemed himself against his haters after being asked what he loves most about his wife.

“What isn’t there to love? She’s smart, she’s beautiful, she’s a wonderful mother, [and] she helps me with my two older children,” he gushed. “When we got married, that was a real turning point for me… the way she stepped in and taught me how to take on that role of being married to her and raising my children and that was really important for me.”