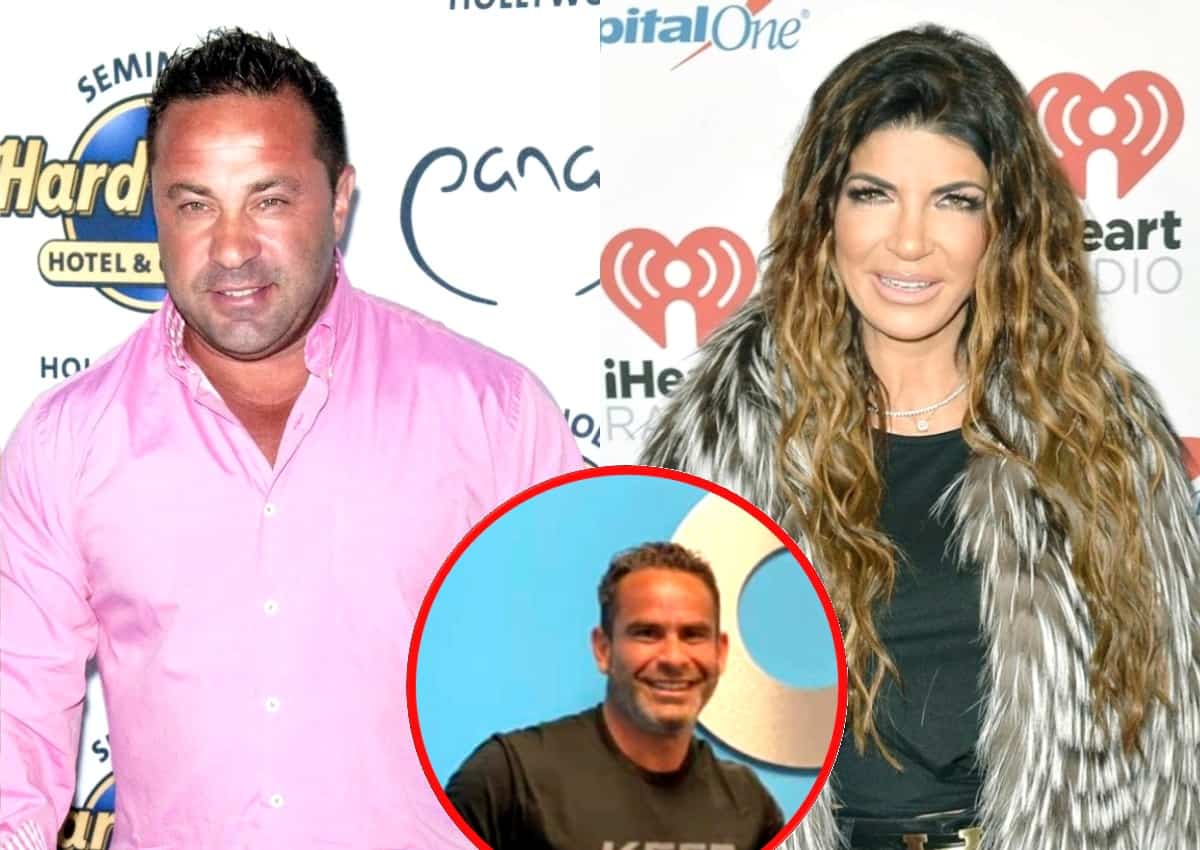 It seems that Teresa Giudice is currently living her best life and finally enjoying a drama-free romance, at least for now.

The Real Housewives of New Jersey star announced to her fans on November 9 that she does indeed have a new boyfriend after a photo surfaced of Teresa cuddling up to a mystery man at the time. The mystery man has since been confirmed to be a businessman and father of two, Luis ‘Louie’ Ruelas, 46.

Although she was spotted having dinner with a man over the summer, this is the star’s first official relationship since she split from Joe Giudice after 20 years of marriage. The two were legally separated for nine months until their divorce was ultimately finalized in September.

Now, both Joe and Luis’ ex-wife are speaking out and sharing their thoughts on the new romance. Joe spoke with TMZ and explained that he is actually “happy” for the mother of his four daughters and even went as far as to call Luis “hot.”

Inside sources are claiming that the Turning the Tables author met Luis at the Jersey Shore back in September and the former RHONJ star revealed that he’s known for quite some time about her new beau. He says that he’s happy to see her with someone new, and he went on to add that Teresa is also extremely happy for him and the fact that he’s also seamlessly moved on with his new girlfriend, who happens to be an Italian attorney.

Meanwhile, Louie’s ex-wife, Marisa DiMartino, spoke with In Touch and claims she is also “really happy” for them.

“I’m really happy for Teresa and Luis. I’m happy for him,” she revealed. “Luis is actually the father of my children, and he’s a really good person. In general, we got married, we were very young and had babies and then it fell apart. As normal things happen,” she disclosed about their former marriage. “We’re very good with each other, and that’s basically it.”

When asked if she believes Teresa and Luis make a good couple, Marisa didn’t appear to want to comment on that particular aspect, but she expressed that she’s “not concerned:”

“He takes care of me and my children, and that’s what it comes down to.”

Another inside source is revealing that although the relationship is still very new, they are both genuinely happy. Teresa and Joe’s four daughters, Gia Giudice, 19, Gabriella, 16, Milania, 14, and Audriana, 11 have apparently already met Luis and are extremely excited for their mom. The source told In Touch that although Teresa “is madly in love,” she made sure to take things slow and wait a while before introducing Luis to her girls.

“Out of respect for her girls and Joe, she waited until her divorce was final to say anything,” the source claims.

Fans of RHONJ know well that the past several years have been rough for Teresa, but the fact that she’s found love again and that both ex-spouses appear to be happy for the new couple is certainly a great sign of what’s to come. There’s no word yet on whether Luis will appear on season 11 of RHONJ, which is reportedly set to premiere in February 2021.