Home Vanderpump Rules Ariana Madix on Why Some Scenes Are Re-Shot on Vanderpump Rules, Addresses Costars Talking Trash Behind Her Back and Dealing With Backlash From Fans

Ariana Madix on Why Some Scenes Are Re-Shot on Vanderpump Rules, Addresses Costars Talking Trash Behind Her Back and Dealing With Backlash From Fans 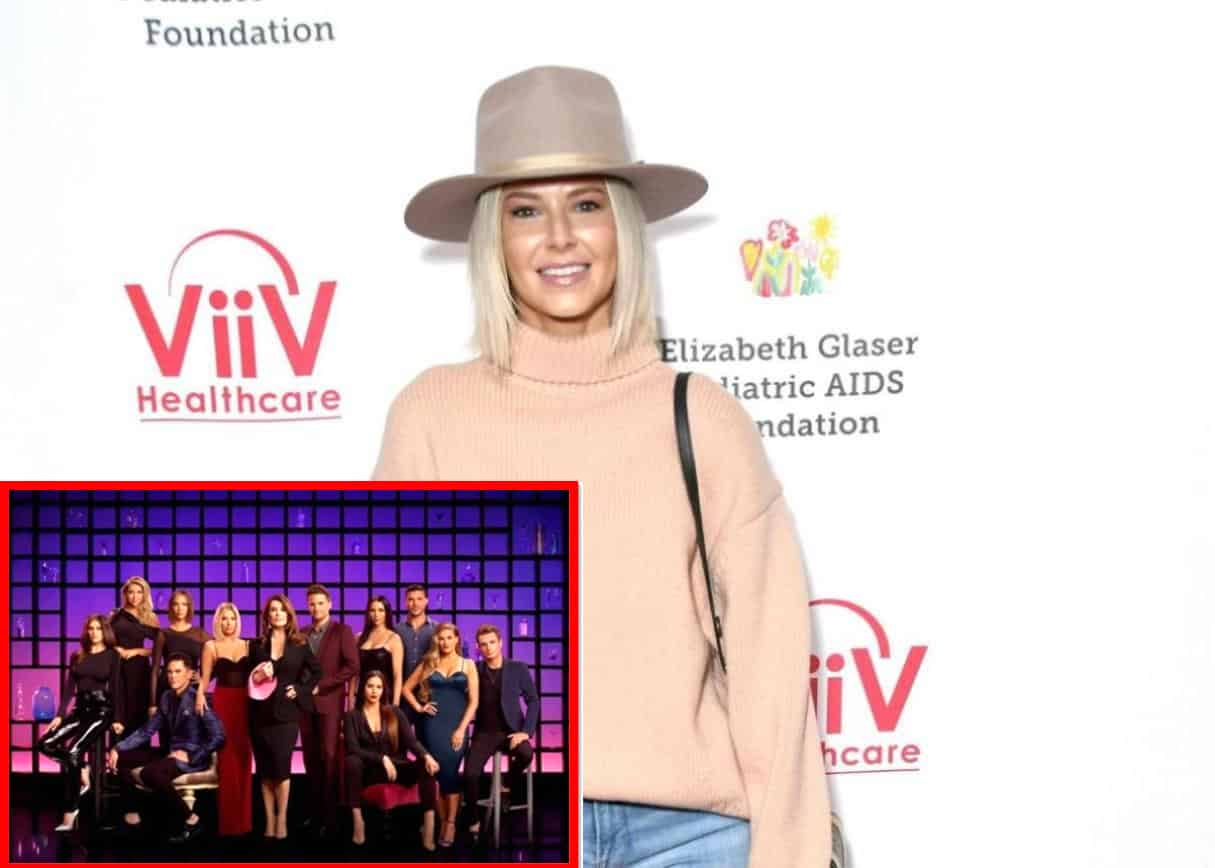 Ariana Madix discussed the ongoing drama of the Vanderpump Rules cast during a recent podcast appearance.

With season nine in limbo, Ariana explained why the OGs of the series have remained close, despite their sometimes serious drama, before explaining why some scenes have to be reshot for the show, reacting to her co-stars’ shady confessionals, and addressing backlash from fans.

“Because that first season core group had [known] each other for so long, it’s almost like you fall back into those things that made the friendship work in the first place,” Ariana explained of the dynamic of the show on the Dating Straight podcast on December 1. “Also, working together at SUR, it’s so much easier to get along and have a good time.”

“Even if [the] issue isn’t resolved, you just go back into the stuff that was fun,” she continued.

While Ariana isn’t on great terms with everyone and has been feuding on-and-off with Jax Taylor for years, she does her best to stay neutral within the group.

“I’m friends with a lot of people who are on opposites [sides]. And I don’t like when people are mad at me so I’ll try to see where [both sides] are coming from and I think it comes across as reasonable,” she shared.

Although Ariana assured the hosts that Pump Rules is very real, she admitted that producers often have to re-shoot scenes to maintain the flow of the series.

“There sometimes has to be inserts of things. Like if someone gets engaged, they have to come in after everything and get a closeup shot. Or things to make it make sense… pickups here and there if something was blurry or if someone’s mic shut off. But that’s pretty rare,” she revealed.

“Sometimes it really works and it really feels like you and it flows and sometimes it’s like, ‘This is so corny. I would never say this. I sound ridiculous,’” Ariana added of the more-contrived moments of the show.

Moving on to the often shady confessionals of her castmates, Ariana said she would prefer her co-stars confront her face-to-face.

“Why didn’t they just tell me, ‘Hey this annoyed me,’ and then we could have dealt with it?” she wondered.

That said, Ariana understands the idea of the confessionals and noted that while they can be frustrating to see at times, they aren’t anything that puts too much strain on her relationships, unless they are already in a rocky place.

“If you guys resolving it was on thin ice, it can set things off again. If it’s somebody that you’re super good friends with and you guys just had this one thing happen and then you figured it out, then when you watch it back, it’s not so bad,” she noted.

As for the backlash she and her castmates sometimes get from the general public, Ariana dished on how she deals with it.

“If I’m in a conflict with somebody else, there’s always going to be two sides of people who are watching the show and who are like, ‘I really identify with this other person’ or ‘I really identify with Ariana’ and then there’s people who will be able to see both [sides],” she shared. “If somebody has a really die-hard fan and they’re like, ‘That person can do no wrong,’ and you disagree with them for one second, you’ll get that person hate-tweeting you but no matter what, there’s always going to be people who are extreme but for the most part, our audience is fun and doesn’t take it too seriously. It should be fun drama.”