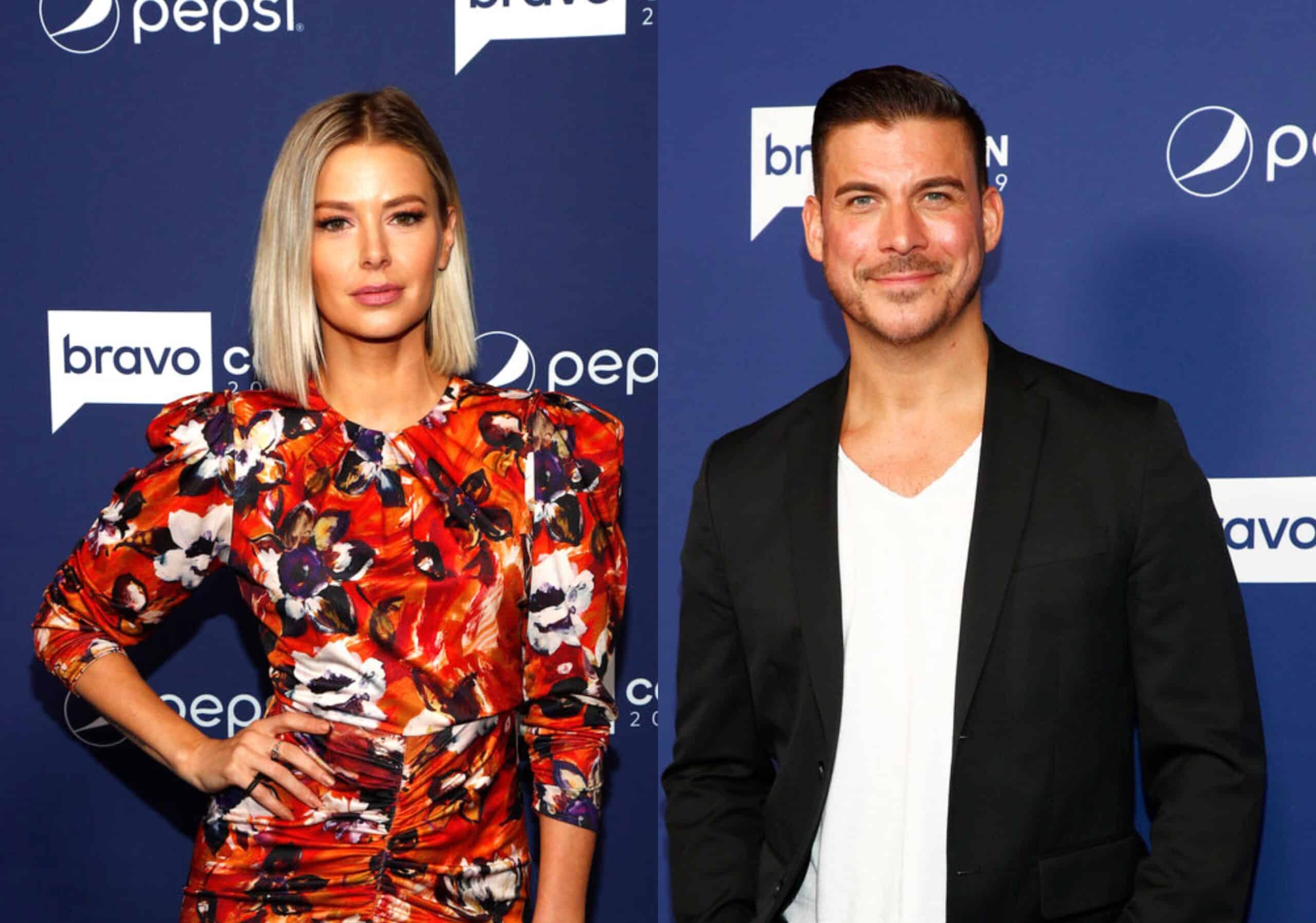 Ariana Madix and Jax Taylor were at odds when Vanderpump Rules season eight wrapped earlier this year but where do they stand today?

After explaining how she feels about Jax after his public falling out with her and her boyfriend, Tom Sandoval, on a recent podcast, Ariana shared her thoughts about the three new women of the show, including Dayna Kathan, Danica Dow, and Charli Burnett, and addressed the Pump Rules baby boom.

“I wouldn’t say Jax and I are friends. But I’m not going to punch him in the face if I see him,” Ariana laughed on the September 29 episode of the Not Skinny But Not Fat podcast.

As fans saw in season eight, Jax’s feud with Sandoval was a major storyline of the episodes and, according to Ariana, it was crystal clear that her castmates had some sort of resentment toward her boyfriend throughout the season.

“[Tom]’s always been a super generous and very real and true friend to his friends. So it was sad to see people say things like he was jealous of people. I get really defensive and protective when I hear things that is not true,” Ariana shared.

In addition to feuding over allegations of jealousy during season eight of Pump Rules, Jax and Sandoval also butted heads due to Sandoval’s on-camera comments about Brittany Cartwright‘s allegedly homophobic pastor, who they ultimately fired from the officiant duties of their 2019 wedding.

Looking back, Ariana said she and Sandoval were simply giving Jax a chance to speak his piece.

“I expected him to say, ‘It’s been a struggle because it’s Brittany’s family and they know this guy.’ That’s where I thought that was going to go. But he blew it up,” Ariana recalled, adding that Sandoval didn’t want to confront Jax on-camera and did so only after producers told him that the issue had already been addressed with cameras rolling.

“It’s part of what we do on the show, is to talk about it. And it’s not fun,” Ariana continued. “Tom always says, ‘You know you’re showing up and doing your job filming if you feel like you’re going to puke all the time.’ If you have that tight stomach ache, that’s what it is for three months.”

As for the new cast members of Pump Rules, Ariana said that while she enjoys having newbies on the show, producers may have overdone it ahead of season eight.

“I think the more cast members there are, the less time you can spend on any one person and what they’re going through and who they are. I love all three of the new girls who were on the show this year. But I felt like we only got little snippets of them,” she said.

In regard to the many pregnancies of her co-stars, Ariana said the baby boom is “crazy” before assuring listeners that she wasn’t experiencing any baby fever.

“It doesn’t make me feel any different [about having kids]. My first close friend that had a baby, that was like 10 years ago. So we’re talking like 15th, 16th friend at this point. Like, congratulations to them all [but] I’ve had friends with kids for a very long time,” she explained.

Although Ariana has no plans for children, she did speak about how she would hypothetically be as a mom.