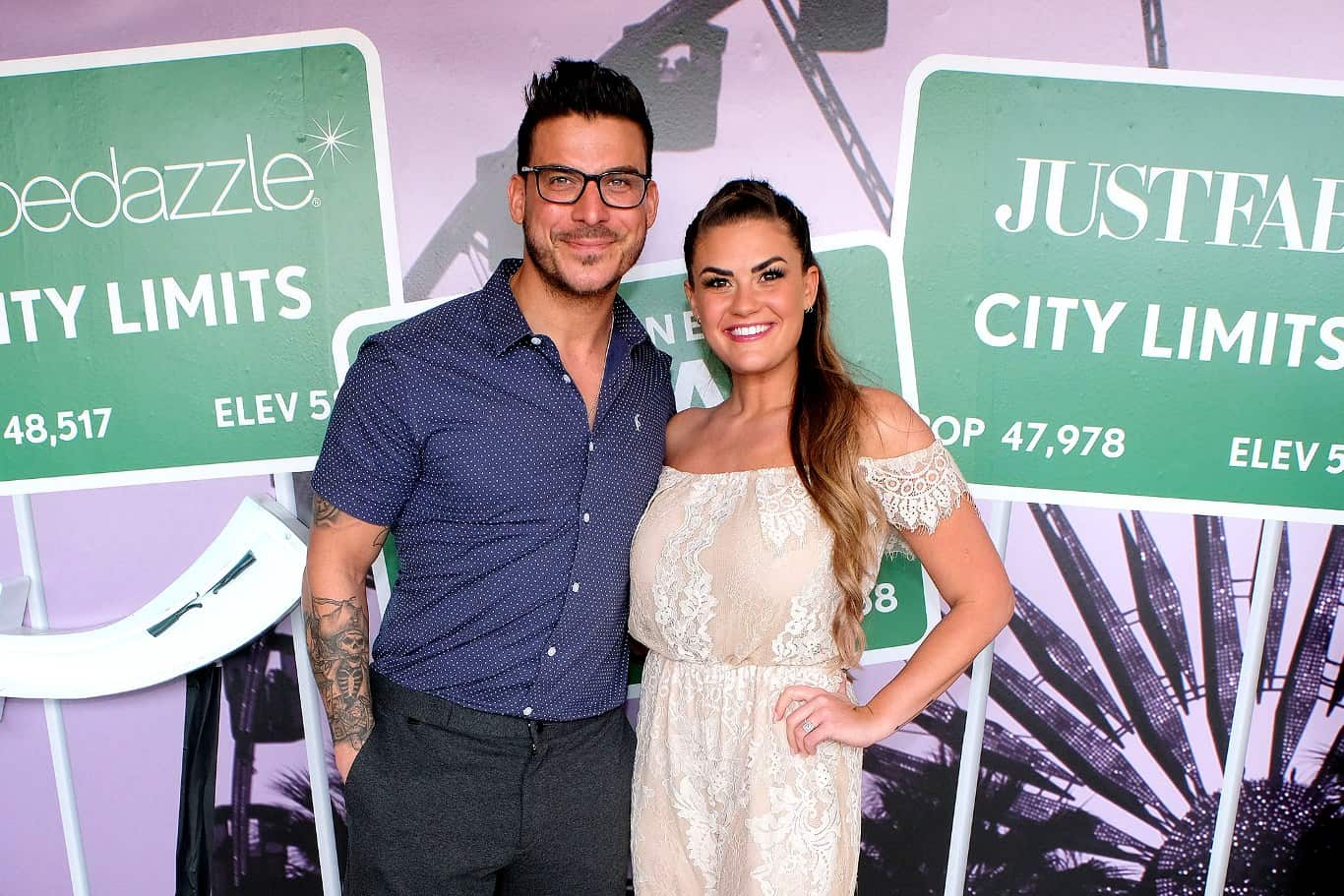 Brittany Cartwright announced her exit from Vanderpump Rules last Friday night and was quickly shamed for doing so.

After confirming she was leaving the Bravo reality show after five years, Brittany was called out by several followers who pointed out that her departure statement was nearly identical to that of her husband, Jax Taylor. In response, she admitted she did not write the message herself.

“You guys could have wrote something that differed by one word,” one fan wrote.

“I’m tired of seeing this comment. Do you guys really truly think we got to write whatever we wanted?” Brittany replied. 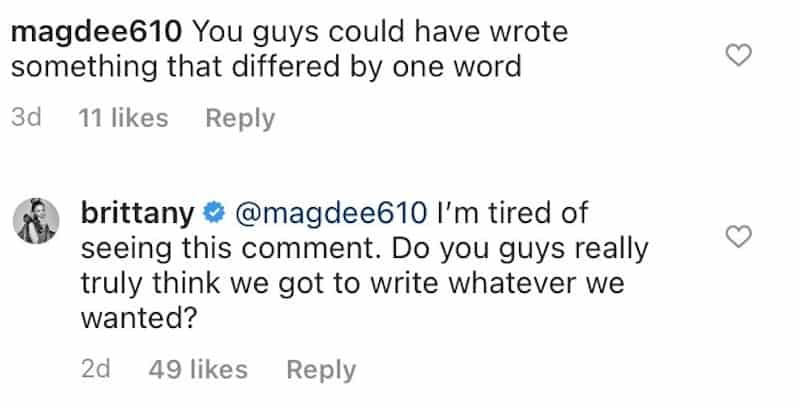 “The last 5 years on Vanderpump Rules have been some of the most challenging, rewarding and fulfilling years of my life. Although this is difficult to share, Jax and I will not be returning for another season of Vanderpump Rules,” her announcement read. “We are excited to take this time to focus on our growing family and share with you our new endeavors. [Bravo], [Evolution Media], and our Vanderpump castmates will always remain close to our hearts. Thank you to all the fans who have shared our journey with us and supported us through everything. We love you. Stay tuned.”

Moments prior, Jax posted the same statement but noted that he had been featured on the show for eight years and said he was excited for what the future would bring.

“We can’t wait for to share what we have planned. Have a great weekend,” he added.

While Jax has been hinting at a potential spinoff featuring him and Brittany in the days since their Bravo departures, Bravo has not yet announced any such plans, nor has any other network.

Although Jax and Brittany won’t be appearing on the potential ninth season of the show, they are staying busy as they continue to prepare for the upcoming arrival of their first child, a baby boy.