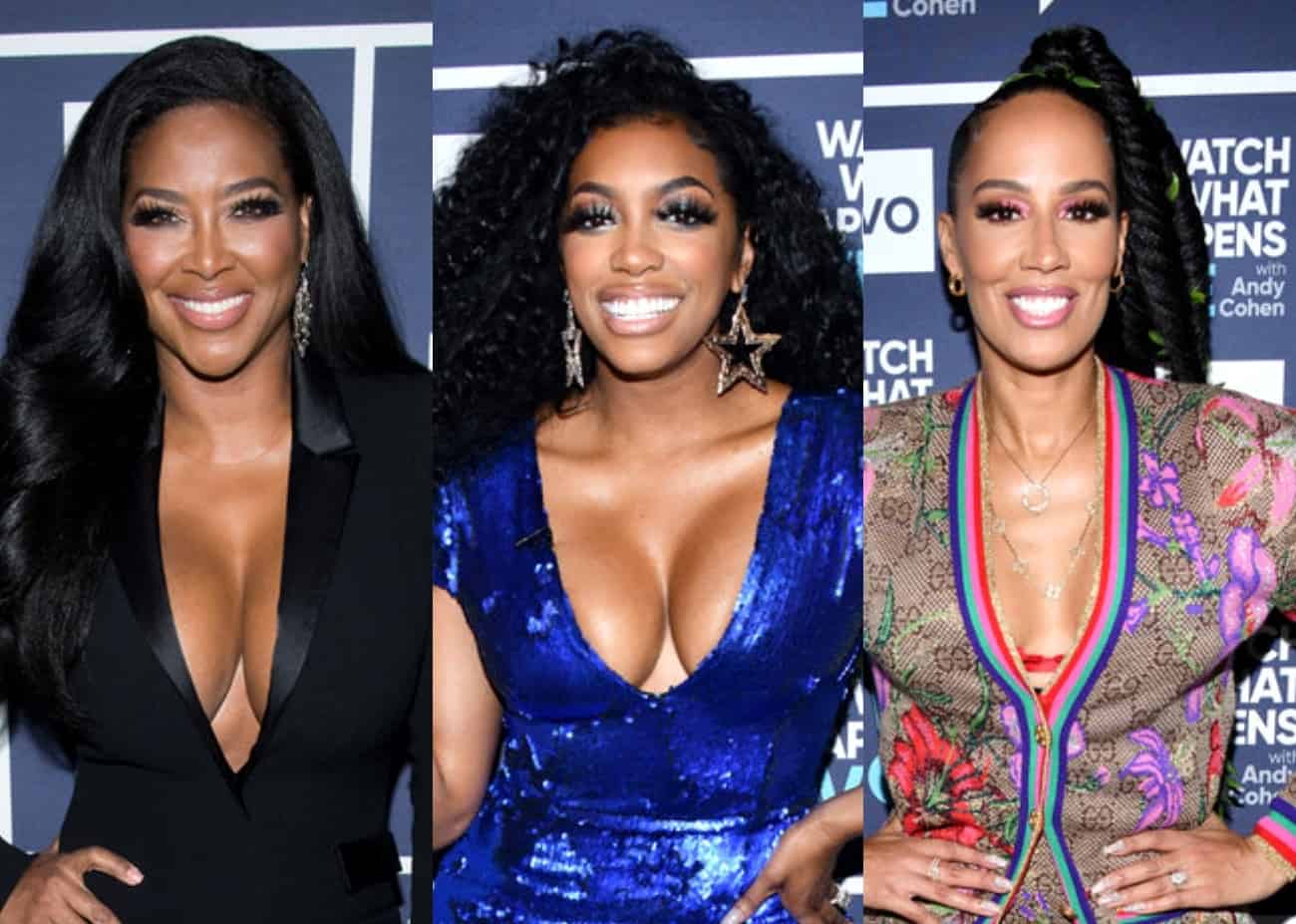 Kenya Moore may have said that Tanya Sam and Porsha Williams had a recent falling out, but is Tanya telling a different story?

After both women were accused of hooking up with the male stripper, Michael Bolwaire, Tanya denied the rumors and Porsha was…well, a little bit coy about the whole thing.

Kenya, who was seen speaking about the rumors in the season 13 trailer, recently spoke out on The Wendy Williams Show last week about the situation.

“Well, we haven’t heard from Tanya since all this happened. We haven’t seen her film anything. She basically fled the country,” Kenya began. “She’s not friends with Porsha anymore, as far as I know. They don’t speak to each other. I don’t think they even follow each other on Instagram so you need to be the detective in this scenario. And know that certainly, they have a lot to lose.”

Following the episode, Tanya seemingly clapped back at Kenya’s claims by posting a happy photo of her and Porsha to her Instagram ahead of the RHOA series premiere. She also showed her support for Porsha’s participation in the Black Lives Matter movement documented on the show.

“EMPOWERED WOMEN⁣ EMPOWER WOMEN✊🏾💕 -@porsha4real,” she captioned the post. “Tune in tonight for an incredibly powerful #RHOA episode!! So proud of you sister, keep changing the world 🌎 ❤️[.]”

Porsha then commented on the photo, “Period Pooh ✊🏾❤️,” seemingly confirming that the two were on the same page and equally armed against Kenya’s claims.

See how Strippergate plays out on The Real Housewives of Atlanta, which airs every Sunday at 9/8c on Bravo.