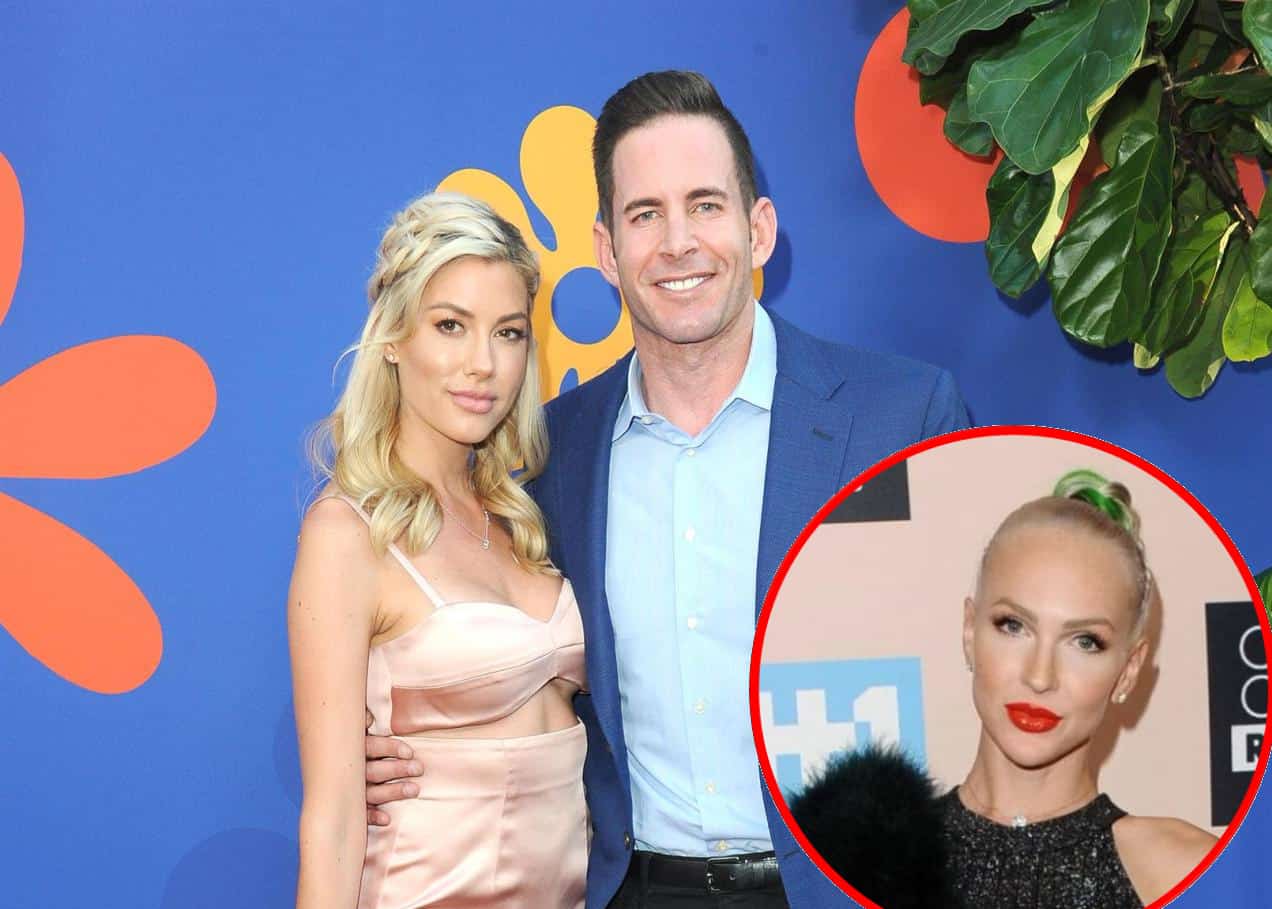 Tarek El Moussa and fiancée Heather Rae Young are ready to walk down the aisle, but first they are answering to some drama surrounding their relationship.

During a recent podcast interview, the Flip or Flop star and his Selling Sunset bride-to-be dished on some gossip making the rounds, first shutting down an inter-office romance then addressing Christine Quinn‘s “big mouth.”

When Not Skinny But Not Fat podcast host Amanda Hirsch pressed Tarek about claims of Heather and her boss Brett Oppenheim flirting, Tarek just brushed it off.

“I know Brett, he’s a good dude,” Tarek explained, joking that if something did happen, he’d “break” him. He then clarified that Brett and his twin brother, Jason Oppenheim, are his “homies” now and are “really good dudes,” adding how he actually hangs out with the two and goes “boating” with them often.

“A lot of people mistake it for flirting or whatever,” Heather jumped in during their joint interview. “People think he has a crush on me — and maybe he did in the past — but … I don’t.”

Numerous fans have speculated about a spark between Brett and heather while watching their chemistry on screen, wondering about a potential office romance.

“There is so much sexual tension between Brett and Heather on Selling Sunset,” one user tweeted.

“Y’all can’t tell me the sexual tension and jealousy between Heather and Brett on Selling Sunset doesn’t exist. They are in LOVE,” another person added (via Life & Style).

Even with this viewer speculation, Heather ensured that it wasn’t the case, adding how much Brett “loves and respects” Tarek.

“I think in the past he never respected any of my boyfriends,” the former Playboy model continued. “Jason and Brett are protective of me and the girls. Like, I’ve known them for seven years of my life. They’ve seen my ups, my downs, they’ve seen my relationships. They’ve never really been happy for me until now.”

Tarek also noted during the podcast how he wasn’t too happy about Heather’s Selling Sunset co-star, Christine, and certain remarks she’s made about his and Heather’s relationship.

“Christine has a big mouth,” he shared. “She said some s–tty things about us. And that’s about it. We’re not really interested in dealing with her nonsense.”

The HGTV star was probably referencing a July interview Christine had with Page Six when she likened Tarek and Heather to “Speidi,” or the infamous The Hills couple, Spencer Pratt and Heidi Montag.

“It’s really funny to see Heather’s relationship play out because her and her boyfriend have such an interesting dynamic,” Christine said in the interview. “I’ll them ‘Speidi’ all the time because it’s like articles all the time about baking cookies, you know, watching movies. It’s ridiculous, so you know, you’re going to see the girls and I just get so tired of it.”

Tarek went on about the comments, “Listen, just because she’s never been famous before and she doesn’t know how it works, she doesn’t have to talk. It just makes her look stupid. So, she was trying to claim that, you know, we’re out there calling paparazzi on ourselves. I’m sorry. I’ve been on TV for 10 years.”

Tarek’s soon-to-be-bride Heather has confirmed that she is returning to Selling Sunset after Netflix renewed the popular series for seasons 4 and 5, although she will be spending more time in Newport Beach with Tarek, as the Oppenheim Group is set to open a new branch office in the beach town.