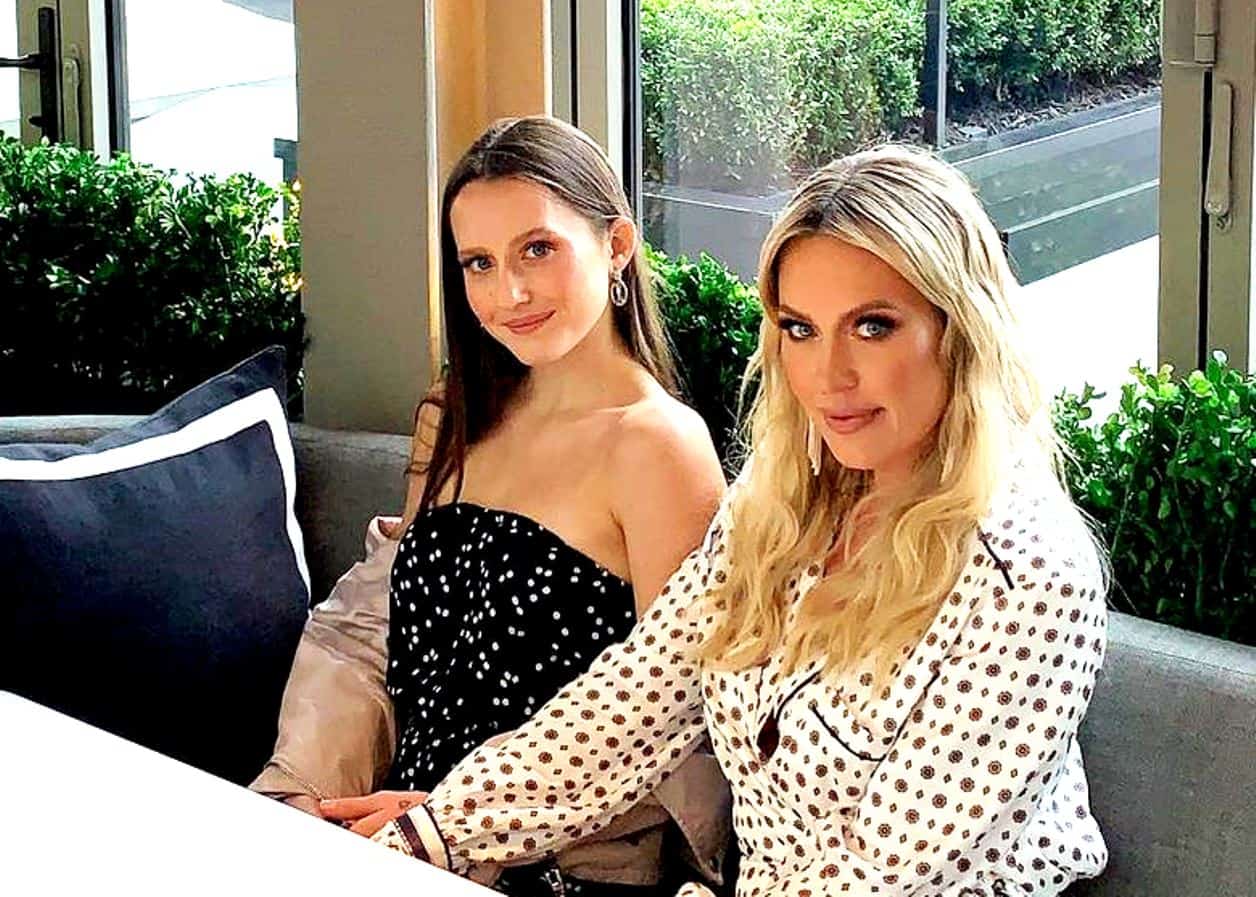 Mother-daughter relationships often have their challenges, and Braunwyn Windham-Burke and her daughter Rowan Burke‘s relationship is no exception.

After making amends after a weeks-long feud started on social media, Rowan’s name made headlines again after fans noticed her “liking” a user’s damning tweet about her mother, which slammed the Real Housewives of Orange County star as unstable and selfish.

That social media incident came months after Rowan released a three-part video series to her YouTube channel, detailing her struggles with OCD and an eating disorder and how she’s on the path to recovery.

In the videos, Rowan discussed how “exhausted” she was from everything and recalled going into a treatment program to aid with her compulsions and troubles with an eating disorder.

However, before heading to treatment, the 17-year-old described a harrowing night at home where her parents, mom Braunwyn and dad Sean Burke, came to discover how bad her issues had truly gotten.

“I remember coming home after that week and my dad had this salad for us after school, this huge green bowl of goodness, like salad and quinoa and yummy, delicious, healthy stuff, like, all this stuff that I love and I just … refused to eat it,” Rowan recalled. “[My mom and dad] didn’t know how bad it had gotten, but I couldn’t eat it and they were just like, ‘Please,’ and I couldn’t. And I think that me completely refusing to eat even a small bite of it was in a sense me asking for help because I couldn’t do it anymore.”

Rowan then went on to describe how Braunwyn had a harsh reaction to her not eating and ultimately demanded she leave the house.

“I went home and that was one of the hardest nights of my entire life, it was the night I got sent away. Every time I think about that night I cry,” Rowan said, tearing up. “So basically that night, I got home and it was really intense. My mom tends to do this thing where she doesn’t react in the best way, especially at first. She reacts from a place of fear, so I remember one of the things that she told me [was], ‘You won’t even eat a f–king vegetable.’ And that stuck with me a really long time.”

Rowan went on, “She was bringing my little sister over to me and basically making me feel bad like, I couldn’t even eat a vegetable for her. My little sister was one at the time, she was a really tiny baby. So it was a really hard night and my mom didn’t want me in the house so I went to a hotel with my dad and we stayed there for a bit but then we went home to sleep because I wanted to sleep in my bed.”

Rowan continued by noting how much Braunwyn “didn’t want [her] in the house” the next morning, so she went to school for a few “horrible” hours before being sent away to a treatment program.

Later in the video series, Rowan chronicled her ups and downs while in treatment and how she has been doing since leaving. On a positive note, the teenager said that “it’s okay to show that you struggle” and ended her third video by revealing she had a breakthrough that day and was happy for that aspect of her journey.

As far as her relationship with her mother, RHOC fans have seen that journey’s ups and downs as well, but perhaps more of the familial story will unfold on our screens.