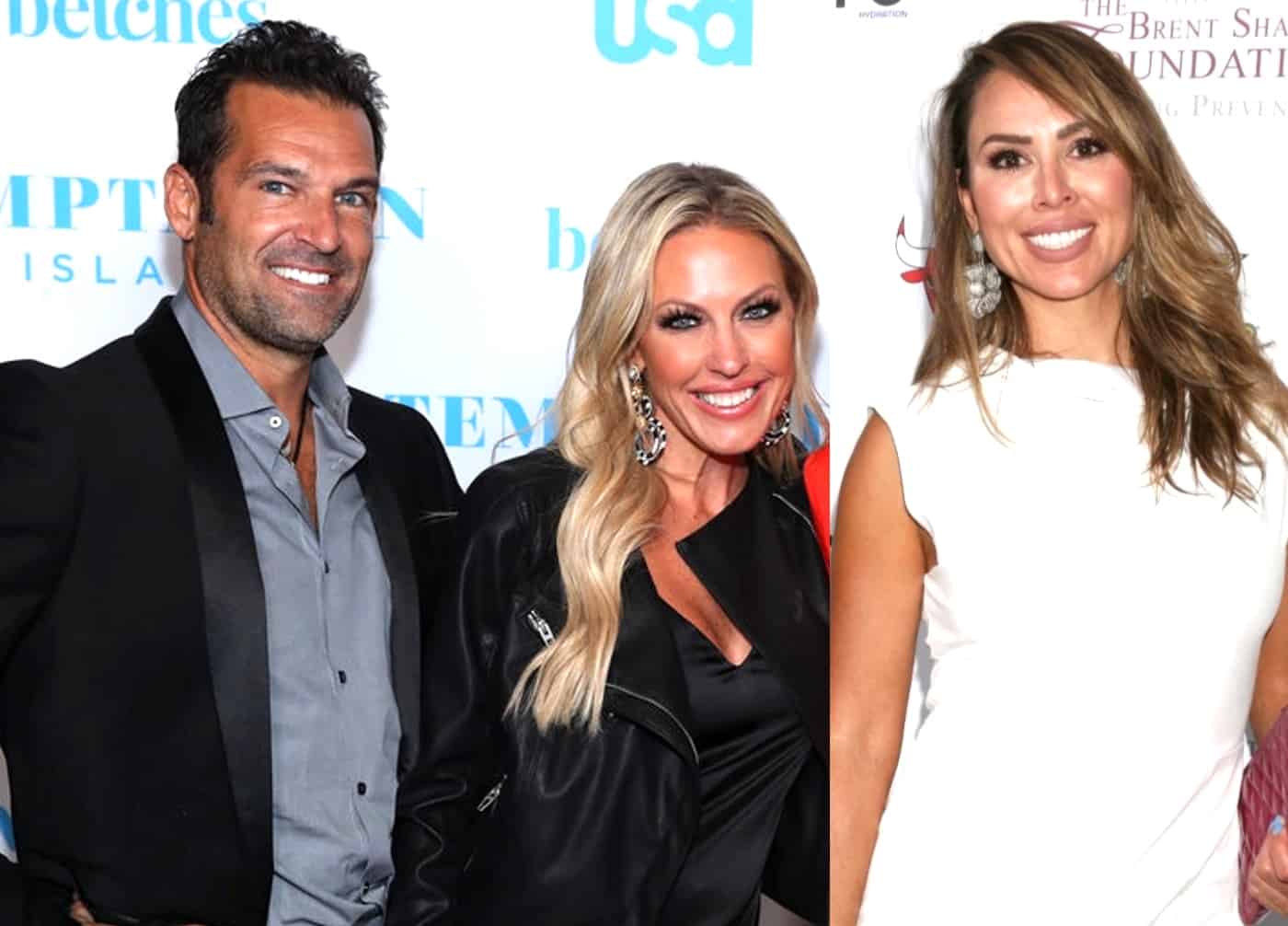 Braunwyn Windham-Burke wasn’t happy to wake up on Tuesday morning to see that her Real Housewives of Orange County castmate, Kelly Dodd, had told her fans and followers on Twitter that she had been placed on a 5150 hold.

Following Kelly’s post, which also included a comparison between Braunwyn and Russell Armstrong, the late ex-husband of former Real Housewives of Beverly Hills cast member Taylor Armstrong, Braunwyn slammed Kelly for her many lies as she questioned Bravo’s decision to forgo punishment. Plus, Braunwyn’s husband Sean Burke accused her castmates of trying to get her to relapse.

“So once again, I’m waking up, reading some stuff and honestly, there’s certain people I work with that I’m shocked at how much they get away with, how many lies they are allowed to tell, how it seems like nothing happens,” Braunwyn began on December 15. 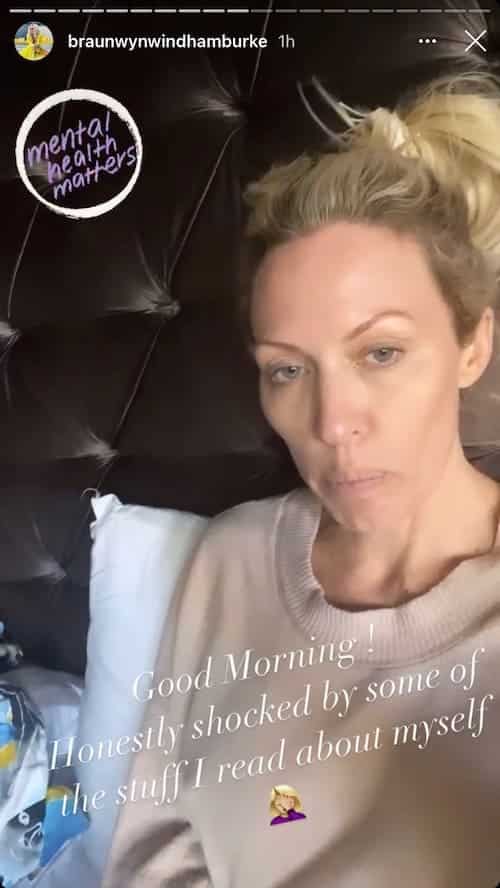 “I just want to clear something up. I’ve never been on a 5150 hold. That’s a lie, not that there is anything wrong with that,” Braunwyn continued. “When I needed help 10 years ago, I checked myself in so that’s a different situation but 5150 holds are good and for people that need them.” 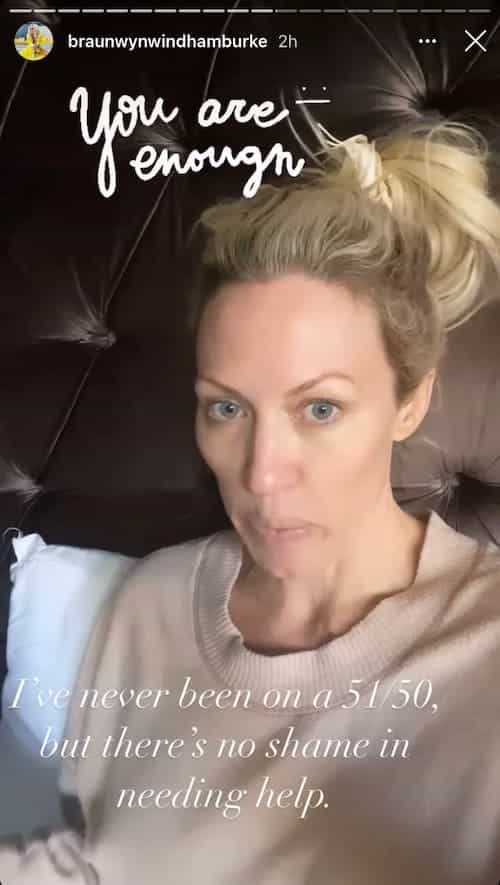 Braunwyn went on to say that there is no shame in needing help, nor is there shame in any mental health issues.

As RHOC fans may have seen, Kelly tweeted and deleted a message earlier this week in which she shockingly compared Braunwyn to Russell, who died of an apparent suicide in 2011 after being accused of assaulting Taylor throughout their marriage.

“I am not going to [be] blamed for her mental disorders, alcoholism, cheating, violence [and] her children being depressed… She’s been in a 5150 hold. Haven’t they learned anything from Taylor Armstrong’s late husband? Clean up your own [house]. Get help! Stop blaming others,” Kelly had written in the tweet, which was shared on Instagram by Reality TV and Me.

Kelly’s Twitter post came in response to a message shared by Sean in which he defended his wife amid her admissions of abuse and accused her “toxic” RHOC castmates of attempting to interfere with her sobriety.

“She is an amazing person and mom. If she wasn’t I wouldn’t be here for so many years and children. I am so happy she is sober. The first couple of months of sobriety suck. And that’s what the world saw. It’s so so much better now,” he insisted.

Then, after revealing both incidents of abuse occurred during the early moments of Braunwyn’s sobriety “and never before or after,” Sean said he believed it was Braunwyn’s alcoholism that led to her violent outbursts.

“It was her absolute low, and her reminder that she can’t drink. I have it in that context. She really should have gone to detox/rehab. Instead of doing this on her own with toxic castmates trying to get her to drink instead of supporting her,” he wrote. 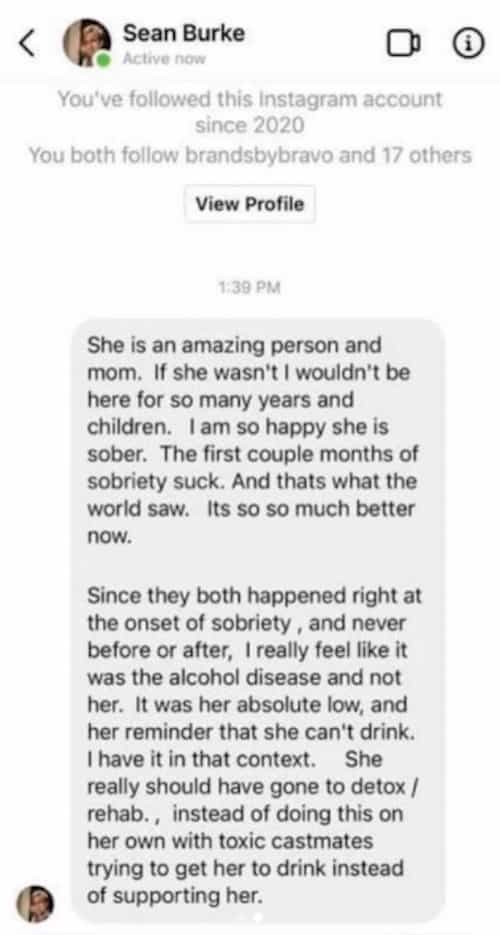