Rowan Burke Hints at Feud With Mom Braunwyn Windham-Burke by “Liking” Shady Twitter Post Criticizing Her Parenting and Calling for Her to Go to Rehab, Plus RHOC Live Viewing Thread 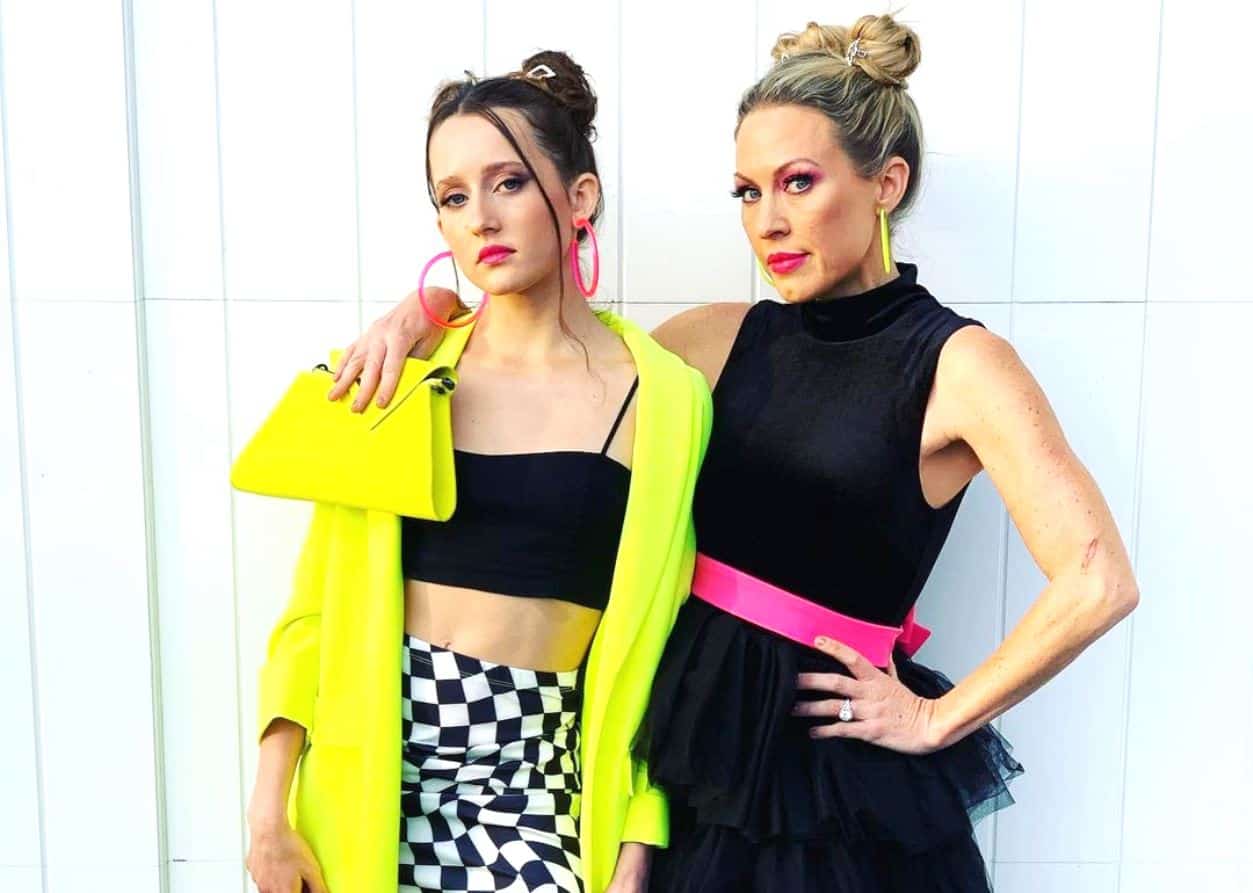 Braunwyn Windham-Burke and daughter Rowan Windham-Burke recently made amends after a weeks-long feud that started on social media months ago, but unfortunately, the peace between them appears to have come to an end.

Ahead of the latest episode of The Real Housewives of Orange County, Rowan “liked” a very shady post on Twitter that called for Braunwyn to check into rehab before suggesting her husband, Sean Burke, should have custody of their kids and slamming her as unstable and selfish.

“Braunwyn needs to be in a rehab facility. Her husband should be awarded full custody. Braunwyn is not stable,” the tweet read. “Everyone could see the pain and fear in her daughters face But Braunwyn. Braunwyn is only thinking of herself. She had a vow renewal and now she says she is a Lesbian.” 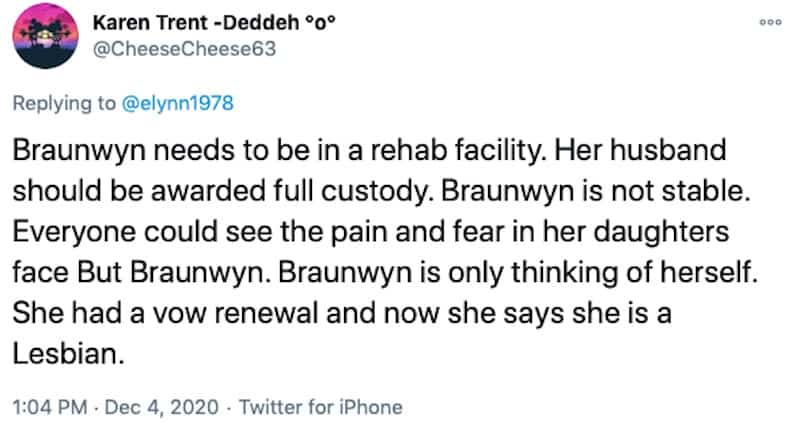 Although Rowan didn’t offer a written response to the post, she seemed to confirm that she agreed with the person’s sentiments when she “liked” the post. 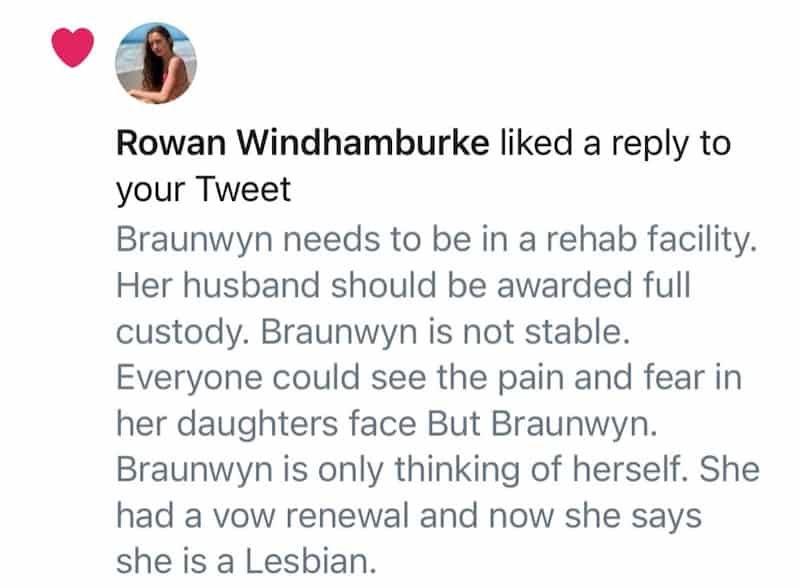 As RHOC fans may have seen, Rowan first sparked rumors of a feud with mom Braunwyn in September after the reality star hinted at a divorce after going public with her marriage troubles. At the time, Rowan posted an image of herself on Instagram with the caption, “F*ck. You. Mom,” before later deleting the message.

After Sean and Rowan moved back into their Newport Beach rental after living away from Braunwyn for several weeks, Braunwyn shockingly revealed that after 20 years of marriage and a vow renewal on the show weeks ago, she decided to embrace the fact that she is a lesbian who has never been attracted to men.

Since the proclamation, Braunwyn has confirmed she is dating a woman named Kris.

In other RHOC news, Braunwyn recently fought back against claims suggesting she came out as an alcoholic to secure a storyline on the show and slammed Kelly Dodd for suggesting such a thing on Watch What Happens Live.

“If I was going to do something just for ‘storyline’ I would of picked something easier,” she tweeted. “Being sober in this toxic environment ain’t easy….to have someone diminish the struggle is low, I’ve been blessed to have support and have been working a program, if you need help it works.”