Home Don't Be Tardy Brielle Biermann Reacts to Don’t Be Tardy Cancellation Rumors and Reveals If She’s Had a Nose Job, Plus She Talks Exes, Bullying, and Opens Up About Her Anxiety

Brielle Biermann Reacts to Don’t Be Tardy Cancellation Rumors and Reveals If She’s Had a Nose Job, Plus She Talks Exes, Bullying, and Opens Up About Her Anxiety 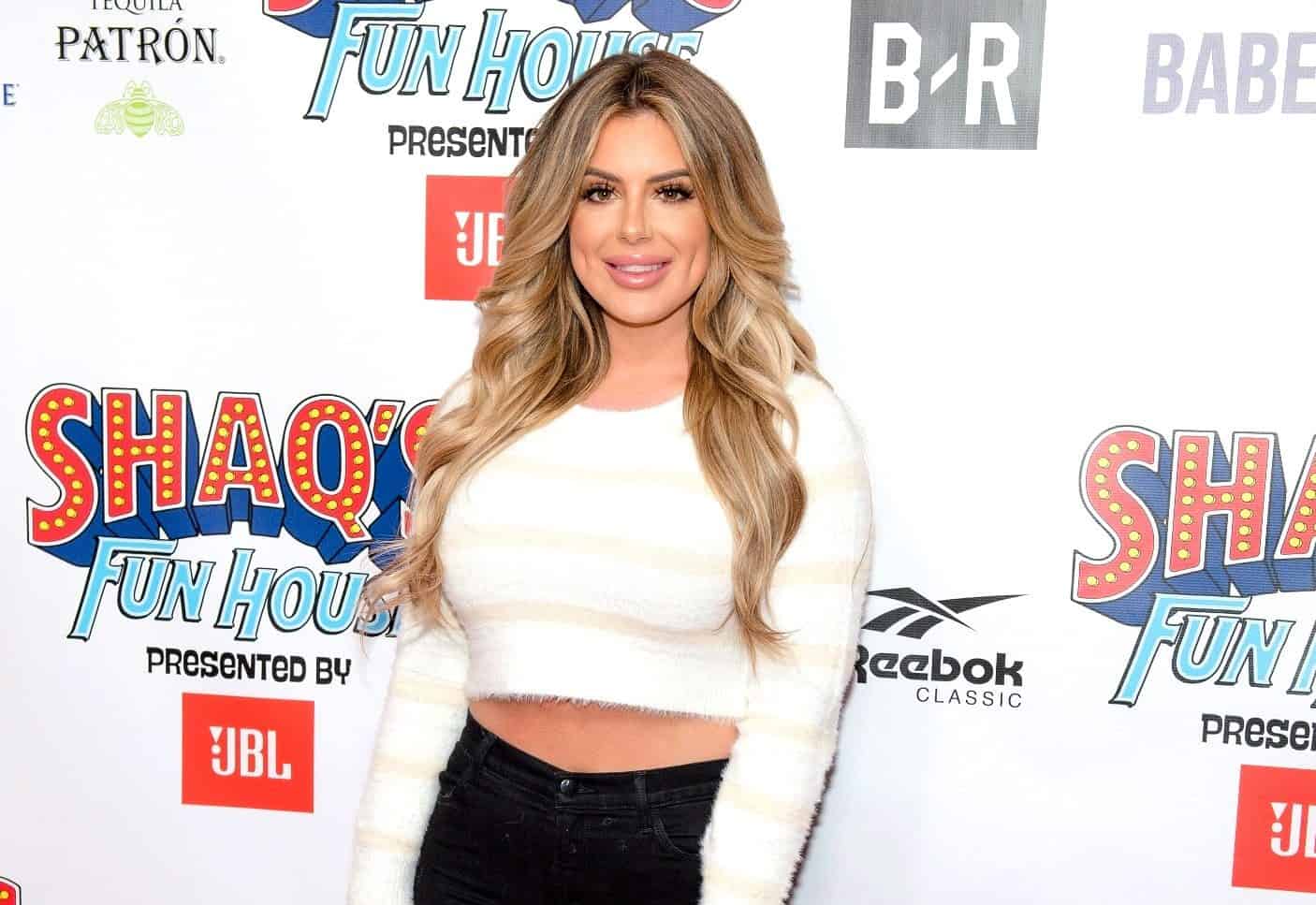 Is Don’t Be Tardy being canceled?

During a recent Q&A season with her fans and followers on her Instagram Stories, Brielle Biermann reacted to the rumors while also revealing whether or not she’s had a nose job, discussing her current relationships with her ex-boyfriends, and more.

“Is Don’t Be Tardy cancelled?” one person asked.

“Nope! Two episodes [on Tuesday] night for our finale and they are amazing,” Brielle replied. “The last episode is actually my favorite episode we’ve ever done. It’s a great idea. I’ve been asking Bravo to do this for a really long time so I’m super glad they actually did it.” 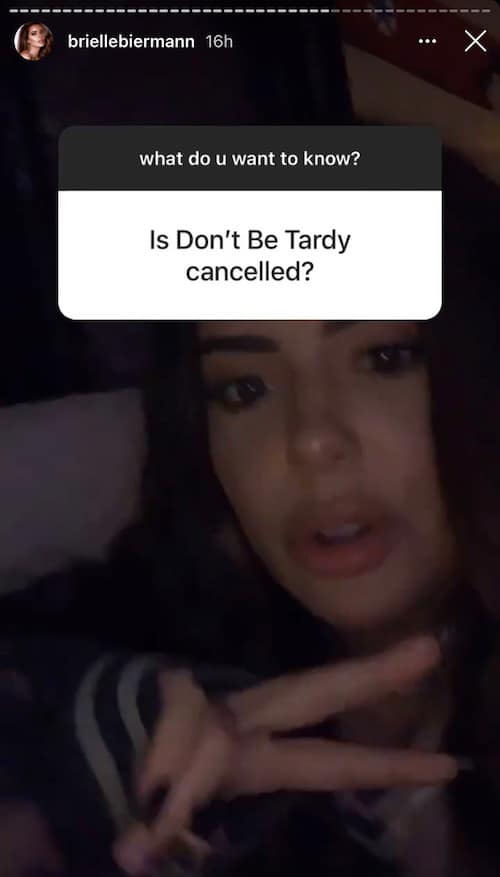 When Brielle was then questioned about potential plastic surgery on her face, she confirmed that she’s never had a nose job.

“Never in my life have I had a nose job. Congrats to those who have. I know some people who have and they look amazing but I just.. I’m scared. And I don’t even want one,” she admitted, noting that everybody already thinks she had one.

“Do you keep in touch with any exes?” another fan asked.

“I’m not a bitter ex, I actually want to be friends because we shared so much of our time and lives together. So yes, I try to keep in touch or check in on all them,” Brielle said.

Although she revealed earlier this year that her ex Michael Kopech had blocked her, Brielle went on to say that she has “no hard feelings or animosity towards any of” her former partners and added that she believes “it’s the same on their end, too.” 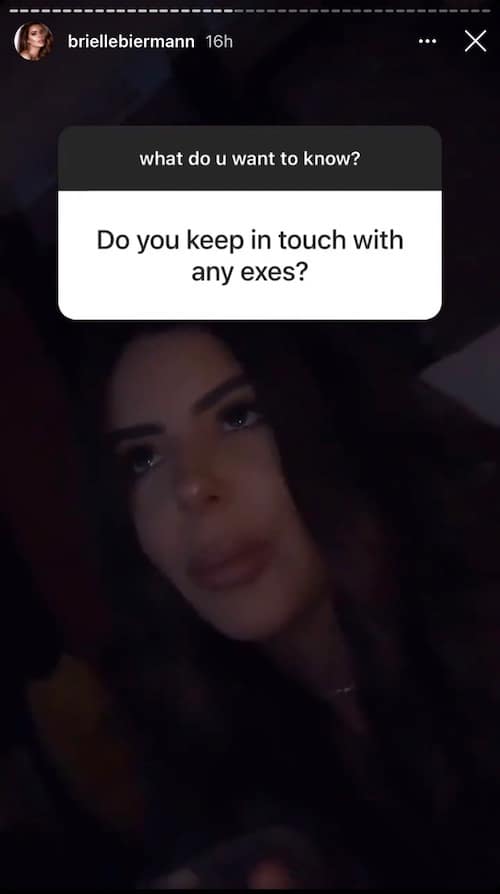 “Do [you] ever get anxiety?” someone else wondered.

“Yes, it’s actually so severe. No one really knows that, except my family and friends,” Brielle shared. “It’s really bad. There’s actually been a time or two where I’ve actually tried to get off the plane because I hate flying.” 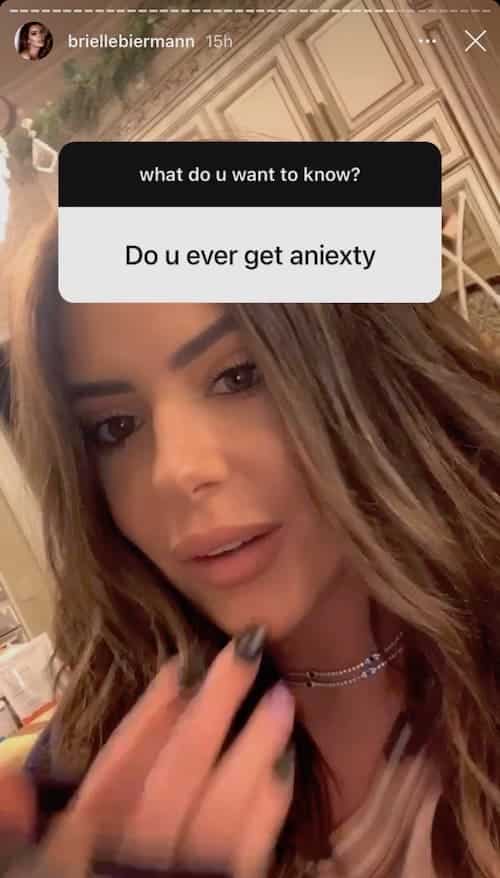 In another Instagram Story, Brielle responded to a fan who wanted to know if it was hard being famous.

“Think of it like this, any normal person who gets bullied by a friend or somebody that they may not even know, it really affects them. It hurts them, right? So imagine getting bullied by a hundred different people that you don’t even know, that don’t know you every single day,” she explained.

As for her favorite quality about herself, Brielle said she appreciates “how pure and loving [her] heart is.”