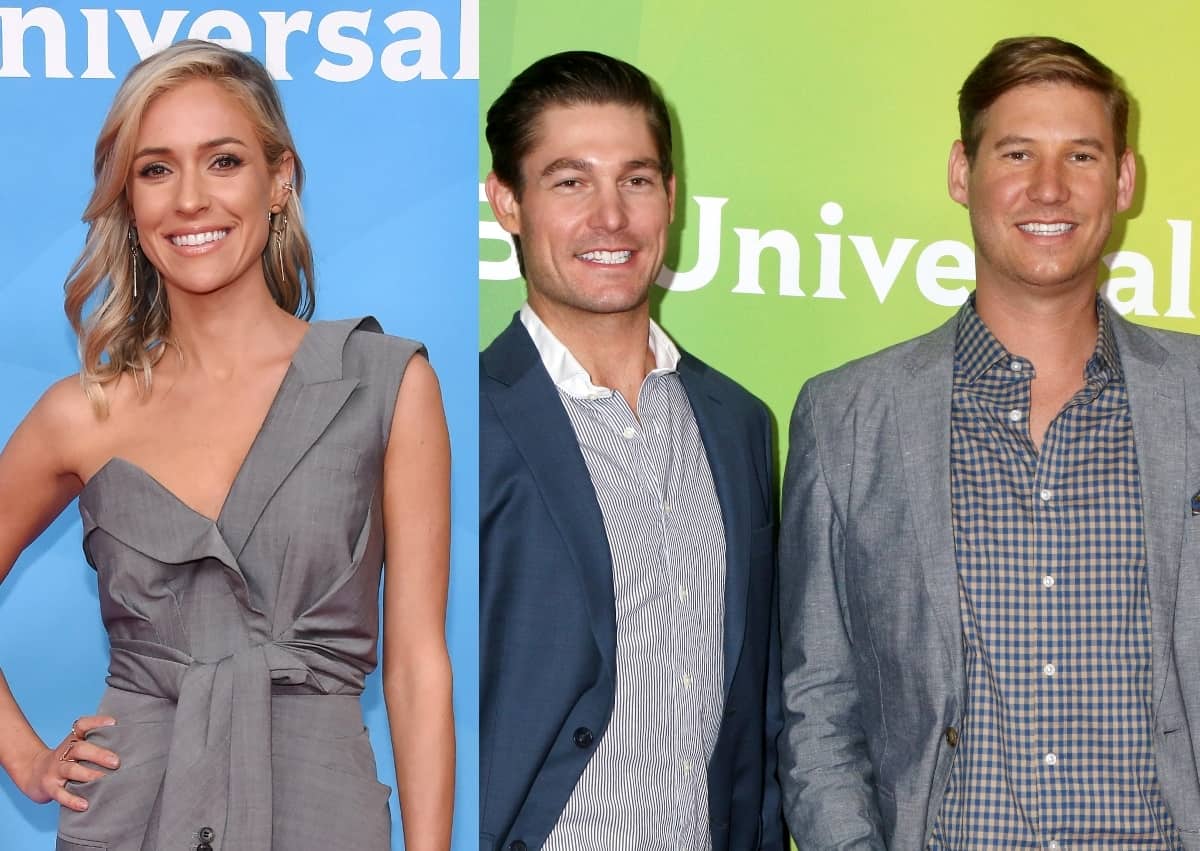 Kristin Cavallari is shutting down a few rumors around her relationship with Southern Charm stars Austen Kroll and Craig Conover.

After a wild Nashville night in which Kristin, Austen, Craig, and Kristin’s pal and Very Cavallari co-star, Justin Anderson, engaged in some very friendly drinks and dancing, rumors swirled about Kristin and Austen becoming a potential item.

Then, on last Thursday’s episode of Watch What Happens Live, Craig and Austen joined host Andy Cohen as Austen shared that the foursome became good friends after Kristin reached out to Craig on social media, or “slid into his DMs,” as it were.

The implication of anything but friendship set Kristin off, and Justin defended his friend on Friday, screenshotting a post about the rumors and clarifying what really went down (via Daily Mail).

“@kristincavallari post this so we can move on,” he wrote over the story, adding, “not the kinda thing i should speak up about but Kristin would never randomly slide into anyone’s DM.”

He went on, “I was a fan of our new friends Craig and Austen and we visited Charleston and met up with them[.] [I] pushed for the friendship. Kristin was along for the ride and no one is hooking up or even flirting. four adults that are friends. let’s move on.”

Kristin then took a screenshot of Justin’s Instagram Story, adding, “Literally nothing to see here people. Now let’s all move on.” 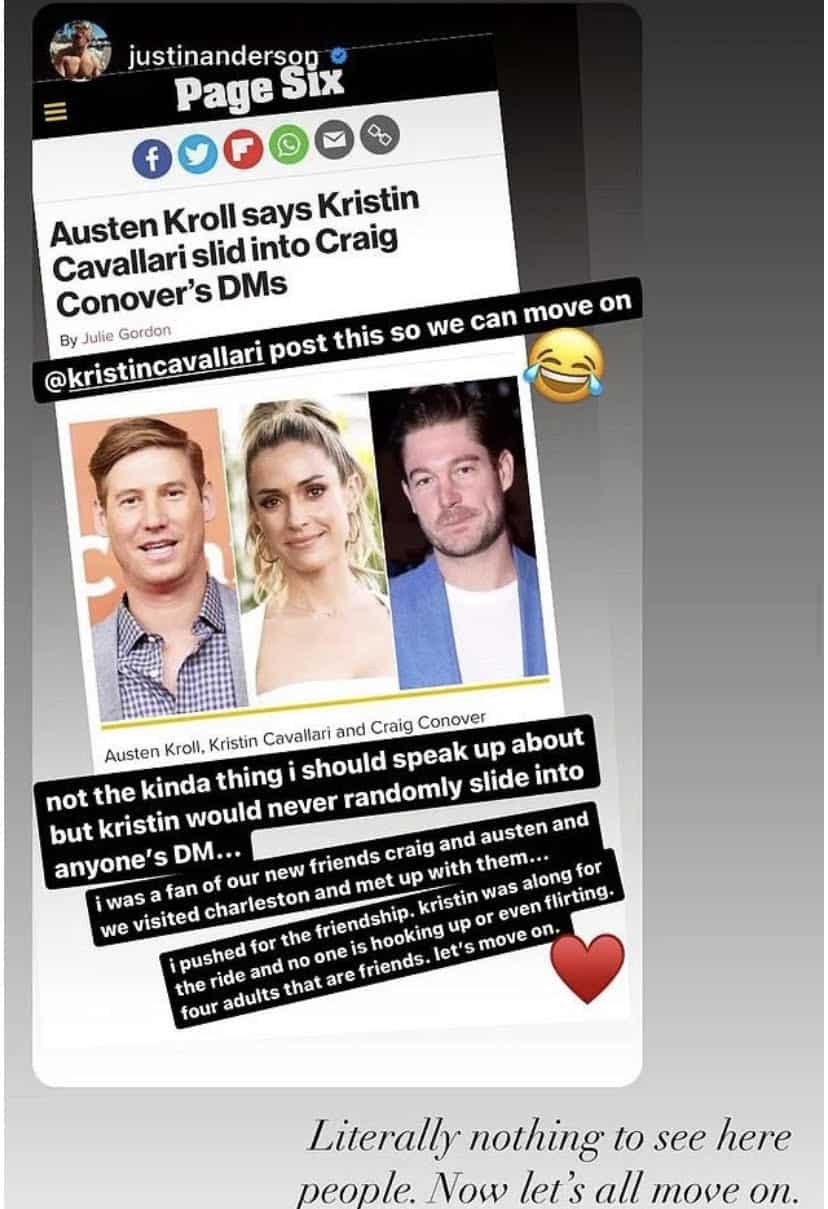 Following up to Justin’s Story, Kristin posted a few rants to her Instagram Stories on Saturday, continuing to go off about “stupid internet rumors” and further insisting the idea of her being romantic with Austen or Craig was false.

“My kids put everything in perspective. All these stupid internet rumors, people thinking they know me or my situation. It’s all just noise,” she wrote on her Instagram Story. “I know who I am and my kids know who I am. That’s all I care about. That’s why I typically never comment on the BS.” 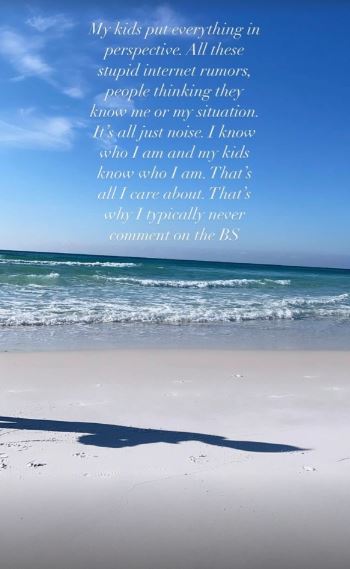 “Ok, last thing: the internet thrives on click bait and juicy stories,” the mother-of-three went on. “No one gives a s–t if the headline is ‘Kristin Cavallari is just finally really happy.’ And they have to generate content every f–king day. Soooo they exaggerate, twist words, and straight up lie. Just keep that in mind.” 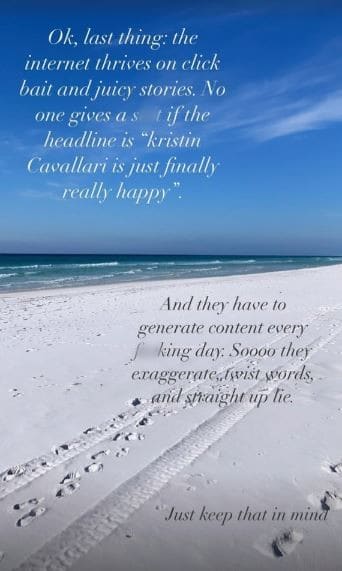 Despite Austen’s recent claims, Craig is currently in a happy relationship with Natalie Hegnauer, who recently made an appearance on this season of Southern Charm (to the apparent chagrin of Madison LeCroy).