Meghan King Shares Where She Stands With Jim Edmond’s Girlfriend Kortnie O’Connor and Kids’ Relationship With Her, Plus RHOC Alum is Dating Again 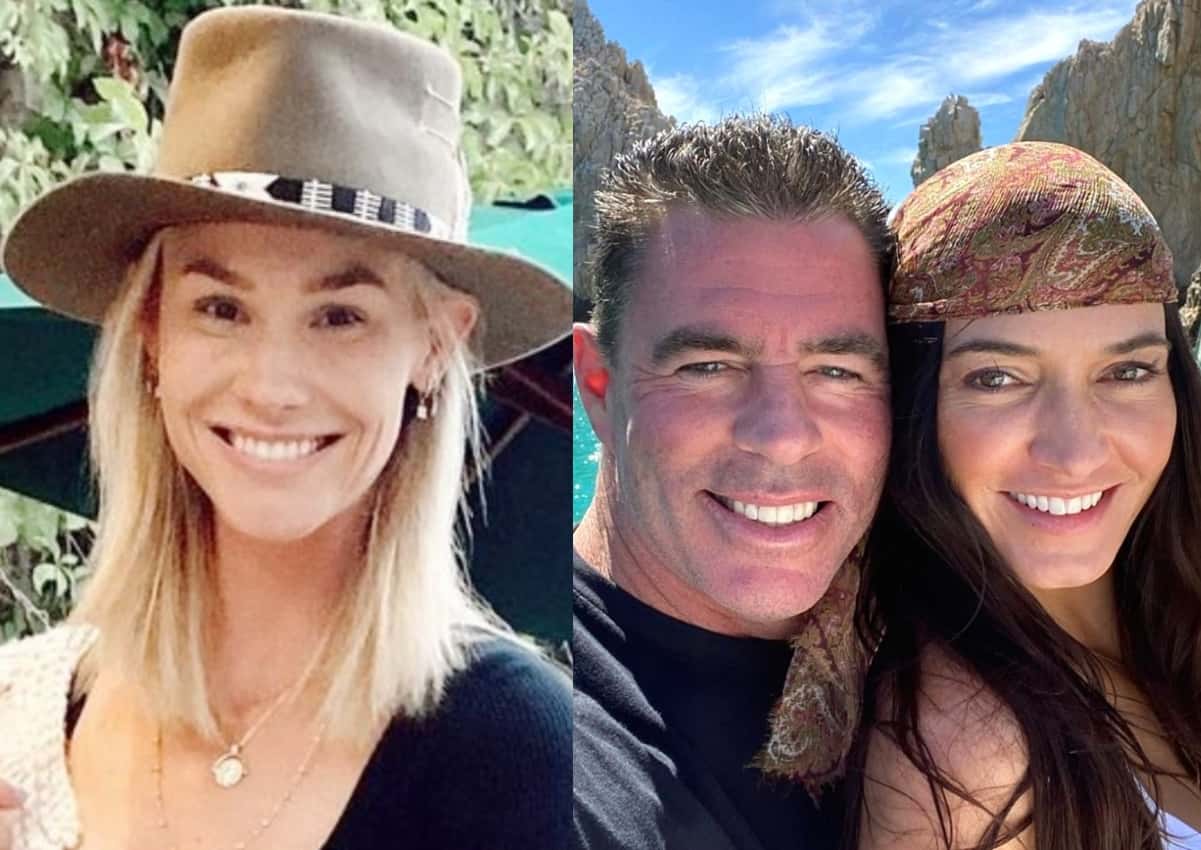 Meghan King reveals that she’s back in the dating game and looking for love, but she’s still trying to find the right balance when it comes to her children. She’s also dishing on her kids’ relationship with her ex-husband’s new girlfriend, Kortnie O’Connor.

Although Meghan hasn’t been a part of The Real Housewives of Orange County since 2018 after reportedly being let go, she has remained extremely open about her life, paycheck or not. She’s been very honest and outspoken about her ongoing, messy divorce from Jim Edmonds, and she’s not afraid to publicly discuss their complicated co-parenting issues either. She has also been very candid about her dating life. The former reality star announced in November that she and Christian Schauf had split after six months of dating, but now she’s revealing that she’s back in the St. Louis dating scene.

Since her split from Christian, who she says she met on a dating app, the RHOC alum has been on several dates set up by friends, and she’s also revisiting and browsing the dating apps again. However, she admits that she’s having a difficult time balancing her love life and motherhood.

“I’m dating in St. Louis, and that is a little bit more awkward,” the mother-of-three told Us Weekly in a new interview. “When the guy comes to the front door, I’m like, ‘OK, do you come to the front door? Or do I allow you to be a gentleman, or do I hide my kids? Do I wait until they’re already asleep? How does this work?’”

Meghan says she plans to “shield” her children from her dating life as much as possible and doesn’t want them to experience a “revolving door” of men, but she’s still longing to find love and simply trying to find the right way to go about it.

“But also, a part of me says, ‘Look, this is Mommy’s life.’ [And] I’m not going to have just a revolving door and make that a priority, my number one priority in my life,” she explained. “I feel like to hide it from my children is hiding a part of what they are experiencing, even peripherally, as part of their reality. I don’t want to do that either.”

While the Intimate Knowledge podcast host — who shares three children, Aspen 4, and twin boys Hayes and Hart, 2, with her estranged husband Jim — is still looking for the right match, Jim has settled down with Kortnie as the pair have been dating since April 2020. It’s clear that the couple’s relationship has become quite serious as Jim gushed over Kortnie in a sweet birthday tribute he shared via Instagram in October 2020.

Meghan claims that she doesn’t currently have a relationship with her ex’s new love, but she says she would like to, especially since Kortnie spends so much time with her kids. The former reality star admits that her kids seem to enjoy Kortnie’s company.

“I’m pretty sure they do [get along with her] because they talk about her,” she revealed to Us Weekly in a separate interview.

As fans likely remember, Meghan was a stepmother to Jim’s older children, and her relationship with them, especially Hayley Edmonds, was featured on the show. However, that relationship has since turned extremely sour. Meghan was very close to Hayley at one point, and she was there to support Hayley when her mother, Jim’s first wife, LeAnn Horton, was battling cancer. Meghan also had a tight relationship with LeAnn, who unfortunately passed away in 2015.

“I think it would be best for the kids,” Meghan explained. “I’ve been a stepmom, and I know that the way that I approached that role is the children will always love their mother the most and the best, no matter what. My kids can only be enriched by the love of as many people as possible. I fully support any woman, or person in general, in their life who loves my children and treats them like their own.”

In January of last year, Meghan revealed that she was “looking forward” to repairing her relationship with the Fox Sports broadcaster, but that plan obviously went awry as the two have publicly bashed one another even in the last few weeks. Hopefully, the two parents can resolve their issues in 2021 and Meghan can form a bond with her kids’ potential future stepmother.