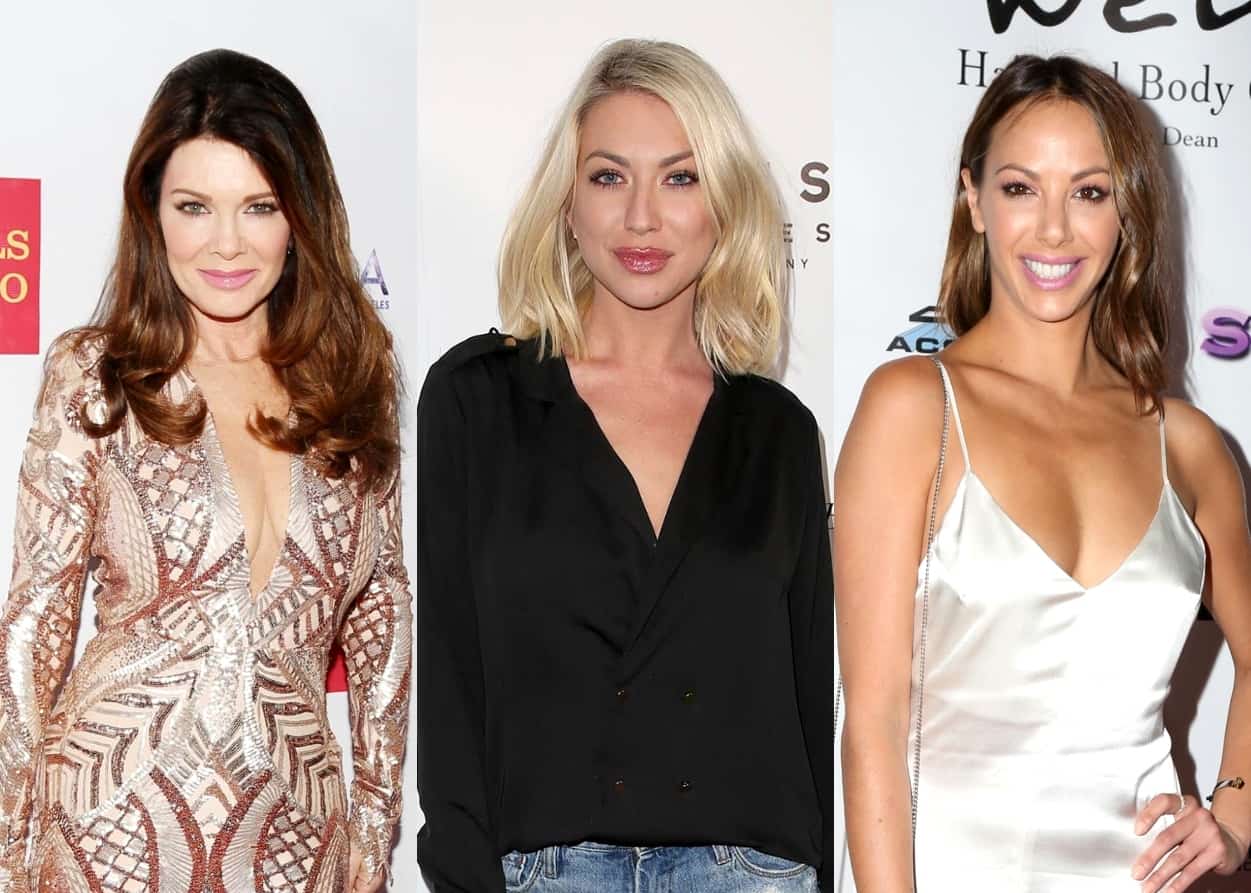 Lisa Vanderpump is sharing new details about the June 2020 firings of her former Vanderpump Rules castmates, Stassi Schroeder and Kristen Doute, both of whom were accused of racist behavior toward former Black cast member Faith Stowers.

While explaining that Stassi’s exit was not due to just one thing, the former Real Housewives of Beverly Hills cast member revealed if she truly believes Stassi and Kristen are racists before addressing cancel culture and opening up about the ongoing closures of her Los Angeles restaurants.

“I think there was a little lack of awareness with Stassi,” Lisa admitted on Dear Media’s The Skinny Confidential Him & Her Podcast. “I think she lived in her own bubble. And Bravo did what they had to do at the time.”

According to Lisa, the climate was “inflamed” at the time the network chose to let Stassi go and a number of things played into the decision.

“It was an accumulation of things she’d done as well. It wasn’t just one remark. And I think the fact that she was proactive in calling, with this whole Faith situation, it was just not the way to handle things,” Lisa explained, giving a nod to the way in which Stassi attempted to turn Faith into the police for crimes she didn’t commit.

Lisa also mentioned the 2017 podcast in which Stassi publicly wondered why the Oscars So White controversy was “just about African Americans” and suggested that Asians and other races hadn’t complained about their lack of accolades.

“In [Bravo’s] defense and also my defense, when it comes to that, I’d never heard that podcast,” Lisa said.

“She’d said, ‘Nazi chic,’ things that are provocative, very provocative… There’s a lot of people with so much history that you can’t be cavalier just because you’re young and unaware,” she continued.

While Lisa acknowledged that what Stassi and Kristen did to Faith was wrong, she made it clear that she has no reason to think either of them is racist.

“Do I think they’re racists? A thousand percent not,” she confirmed. “I have a lot of diverse people working for me that they have all been very close to over the years. So do I think it was a racist action? Not at all. I just think it was awful timing and stupid and ignorant.”

”I don’t like this cancel culture either,” Lisa went on. “Of course I do think sometimes people should be punished and [have] ramifications, and actions do have consequences, but I think people can grow from their mistakes. I really do. And I think reality television is quite a good place to learn.”

Because Lisa’s last name is part of the title of Pump Rules, she admitted that bad press can be “difficult.” However, when it comes to what she shows on the series, she doesn’t edit something out just to protect herself.

“I could control what’s in the edit as a producer, but we don’t. We try to tell the real story,” she explained.

Currently, production on Pump Rules is at a standstill amid the ongoing restrictions in Los Angeles, and when it comes to the future, Lisa is looking forward to the moment she will be able to reopen the doors of all of her hotspots.

That said, despite her current financial struggles, Lisa knows she doesn’t have much to complain about as she’s been very “blessed” in recent years.

“I had no idea of the magnitude of recognition I would have all over the world, so to speak, because it’s got such far reach and wide and things I’ve done… the opportunities it’s given me, as to stand up and campaign for things that I’ve been passionate about, the Yulin dog meat festival, LGBT rights, helping with the homeless for years, just wonderful things. I’ve been blessed to be able to try and make change.”