Home Real Housewives of Orange County News RHOC’s Kelly Dodd Claims Braunwyn Offered Shannon’s Daughter “Molly Water” and Alleges She Abandoned Her Own Daughter During a Medical Emergency, Plus She Says “Nothing Adds Up” With Her and Sean

RHOC’s Kelly Dodd Claims Braunwyn Offered Shannon’s Daughter “Molly Water” and Alleges She Abandoned Her Own Daughter During a Medical Emergency, Plus She Says “Nothing Adds Up” With Her and Sean 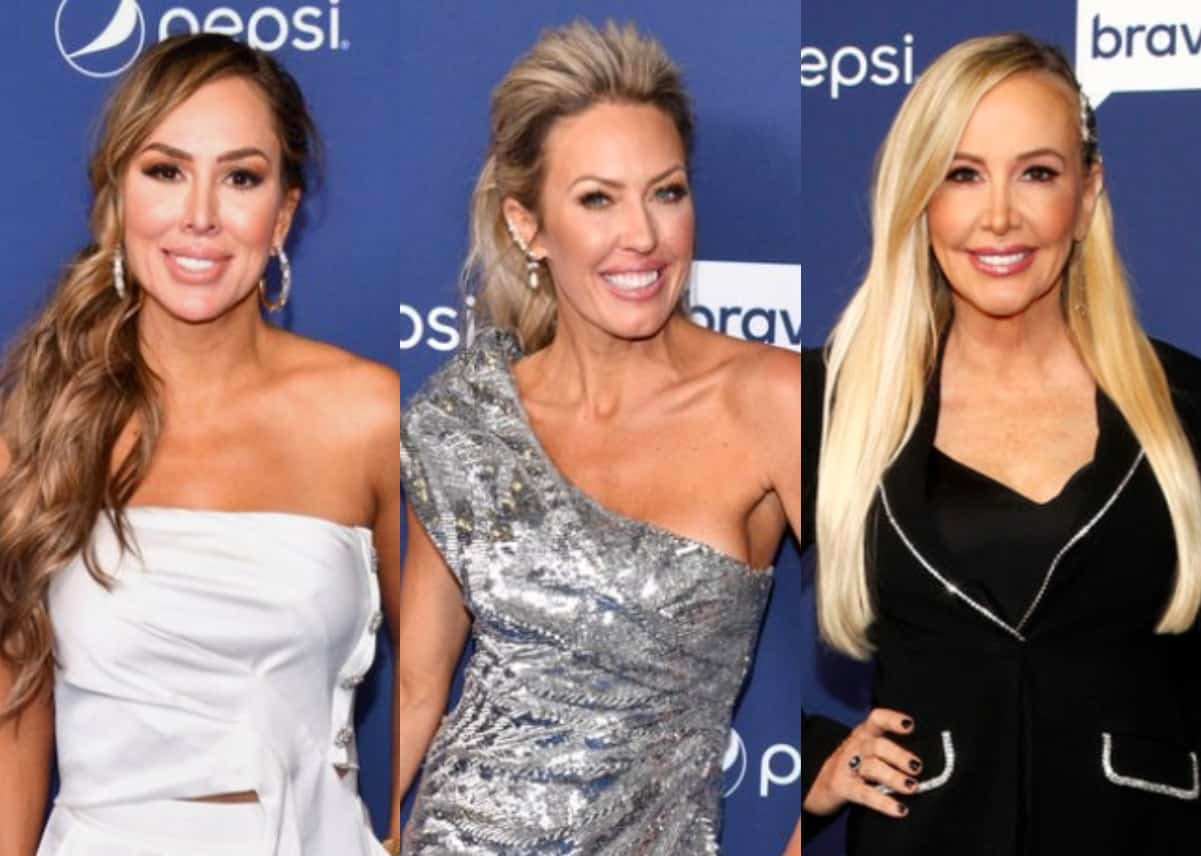 After Shannon was seen confronting Braunwyn about her shocking conversation with Stella, which Elizabeth Vargas deemed “horrific,” the Real Housewives of Orange County cast member accused the mother of seven of offering the teen “molly water” before taking aim at her parenting and her marriage to husband Sean Burke.

“I knew somewhat about that. I didn’t know it was like, ‘You can give [her] my phone number for the drug dealer.’ But I knew that she offered her molly water,” Kelly said during an episode of Hollywood Life’s IGTV. “I didn’t know about all that other stuff, which is a lot. But I know Stella doesn’t lie. She told me things along those lines but it was shocking for me to hear it.”

While Braunwyn was on an island alone as her castmates targeted her for a number of things throughout the first part of the RHOC season 15 reunion, Kelly said that is no one’s fault but her own.

“She doesn’t have us backing her because she lied so much last year. We don’t know what to believe,” Kelly explained.

According to Kelly, the cast distanced themselves from Braunwyn because of her many attacks.

“She attacks all of us castmates. She’s said that we’re racists. We’re homophobes. She looked into Elizabeth’s dirt. She’s calculating. She’s devious. So why would we have her back?” Kelly asked.

Kelly then revealed that Braunwyn allegedly abandoned her daughter during a medical emergency in lieu of a girls’ trip with members of the Real Housewives of Salt Lake City cast.

As for her claims of Braunwyn being a “fake alcoholic,” Kelly said she labeled Braunwyn such thing because of her past lies, as well as her revelation regarding her plans for a RHOC spinoff.

“She lied about the love shack. She lied about writing a book. And when I saw her at Rick’s [birthday], before she got sober, she told me she had an agent and she wanted a spinoff and her agent said she needed to clean up her act and it would be a good storyline [to] go to AA… I just thought it was suspect that it was a storyline. Does she have a drinking problem? Yeah, she does but I don’t think she’s an alcoholic.”

While sharing her thoughts on Braunwyn’s husband, Kelly described Sean as a “nice guy” before poking fun at him for being the series’ “seventh housewife.”

“He’s up in everybody’s DMs. He likes the fame just as much as her and it’s getting to a point of like, ‘Now you’re embarrassing yourself,'” Kelly shared. “Both of them are calculating and they have everything pre-planned together. I’d been with her for a year straight. I never saw any problems between them two. She talked about having sex with him. And then all of the sudden she’s like, ‘I’ve never been attracted to him.’ Everything is different and it flies with the wind. Nothing seems real with them. Nothing adds up and nothing seems real.”

Kelly took further aim at Braunwyn and her ego by claiming she once told her she was going to carry the 15th season.

“She comes in [at Rick’s birthday] and she tells all my friends, ‘I’m going to have to carry the show this year. They’re filming all around me.’ And then she tries to do the protests and she takes a photographer with her and it’s like, all of the sudden you’re woke and now she has the paparazzi. She’s so much of a fame-wh*re that it’s irritating,” Kelly ranted. “It irritates every single one of us. She’s full of herself.”

Although Braunwyn recently said she is still in touch with Gina Kirschenheiter, Kelly said she’s no longer speaking to any cast members before confirming that her interaction with Gina has been via text.

“She’s completely isolated [from the cast]. None of them have [spoken to her]. She texted Gina and said, ‘Thank you for being sweet to me,’” she stated.

The Real Housewives of Orange County season 15 reunion concludes next Wednesday, January 27, at 9/8c on Bravo.