Home Real Housewives of Orange County News RHOC Producer Hints Braunwyn Windham-Burke Will Be Asked Back Next Season As Braunwyn Talks Trying to Make Amends With Shannon’s Daughter, Why She’s Uncertain About Coming Back and Her Painful Past

RHOC Producer Hints Braunwyn Windham-Burke Will Be Asked Back Next Season As Braunwyn Talks Trying to Make Amends With Shannon’s Daughter, Why She’s Uncertain About Coming Back and Her Painful Past 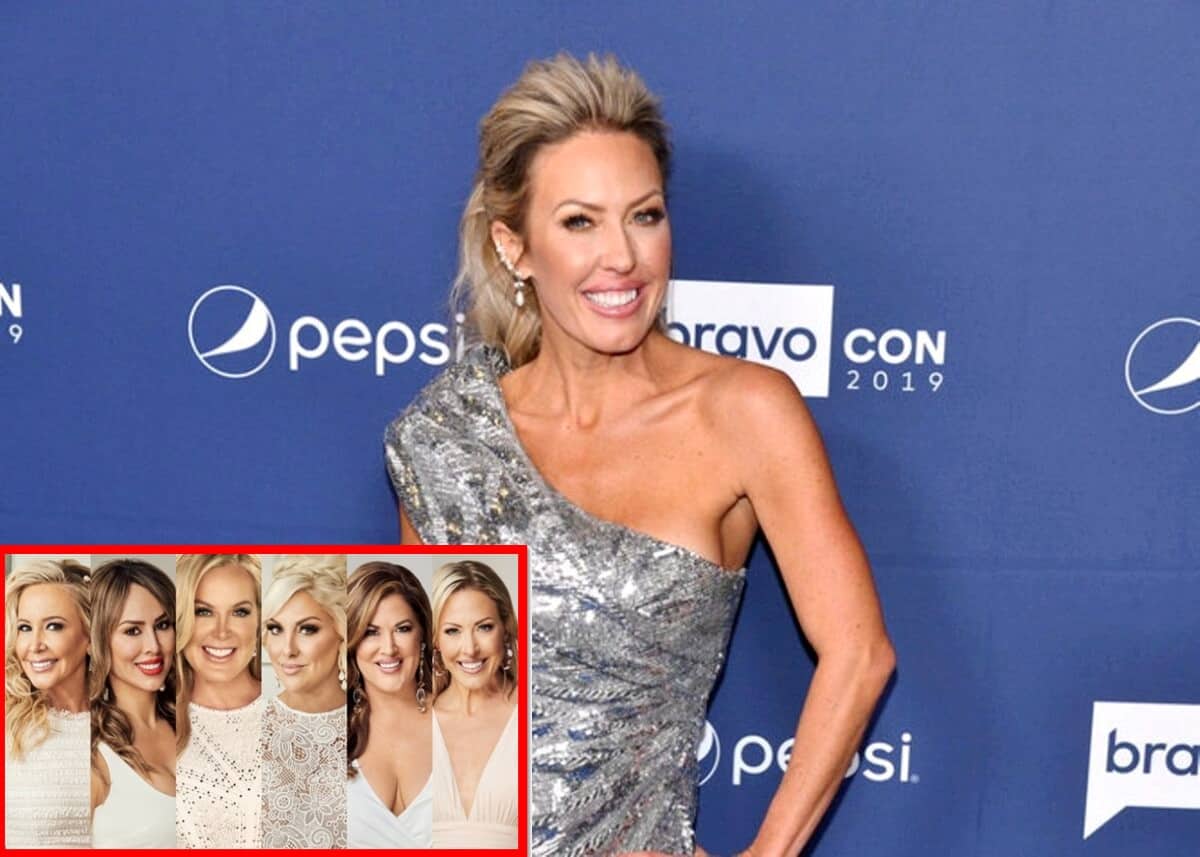 Braunwyn Windham-Burke is trying to change the focus of The Real Housewives of Orange County.

Following 15 seasons of heterosexual couples bickering over superficial and apolitical topics while binge drinking and taking turns receiving “hero edits” and “villain edits,” the mother-of-seven is ready for a third season on the Bravo reality series, but only if a major change is ahead.

“This year, I have seen a very dark side to reality TV that I didn’t know existed,” Braunwyn admitted during a recent interview with Bustle.

At the time she was first approached for a role on RHOC in fall 2018, Braunwyn was in an emotionally vulnerable state as she attempted to enjoy her life as a stay-at-home mom with husband Sean Burke, all while hiding a secret addiction to alcohol and a deep desire for a romance with another woman.

Looking back at her younger years, Braunwyn admitted to living life on the edge.

“Whatever [drug] you put in front of me, I was like, ‘OK, yay!’ I put myself in some very dangerous situations,” she admitted. “I got date-raped. You name it; it was bad.”

Eventually, after a Stage 2 malignant melanoma diagnosis and radiation therapy, Braunwyn decided to change her life and enrolled in a cosmetology school. However, she quickly abandoned the profession after reconnecting with Sean following a brief split.

Unfortunately, she soon found herself in a pattern of feeling dissatisfied, numbing herself with alcohol, engaging in threesomes, and getting pregnant.

At one point, after spiraling out of control following a move to Washington, D.C., Braunwyn woke up in her own vomit and checked herself into a psych ward. A short time later, after being so drunk that she couldn’t pick up her kids from school, Braunwyn sought treatment in Mexico, and immediately, her cravings for alcohol and sex came to an abrupt halt. Unfortunately, the solution was only temporary, and because she didn’t want to admit to why she drank, Braunwyn found herself getting pregnant frequently.

By 2018, as Braunwyn attempted to fill the void she was feeling in her life with Sean, RHOC had replaced its real drama with contrived storylines, at least according to Bustle. And, the outlet alleged, the women featured on the show were simply performing for the cameras. Meanwhile, they continued, when Braunwyn joined the group, she showcased her actual life.

“I grew up protesting,” Braunwyn shared. “I have been to Black Lives Matter protests in Miami. I grew up marching against Monsanto…I marched to save Laguna Canyon back in 1989. I have been brought up with this.”

Although many members of the cast accused Braunwyn of acting “woke” for a storyline, the outlet said she largely drove the series’ 15th season.

“I think people want something meaningful to latch on to,” producer Thomas Kelly, a showrunner for RHOC season 15, stated. “Braunwyn is exactly that. She’s unconventional, and people are quick to dismiss unconventionality because it’s not their cup of tea, but I think we all agree she can be very riveting to watch on television. It’s polarizing because it’s new. It’s always healthy to ask people to step outside their comfort zone and have the conversation because we need to have it.”

According to the report, the claims of fake alcoholism and fake activism were simply the cast’s efforts to undermine the “flattering edit” Braunwyn received.

Thomas went on to hint that Braunwyn will most definitely be asked to return to the show, despite the recent drama surrounding her reunion encounter with Shannon Beador.

“This season was so unique because in a lot of ways it feels like a to be continued season. Braunwyn may have gotten a lot of criticism from some fans this year, but they’re just starting to get to know who this ‘new Braunwyn’ is and where she’s at in her journey. You want to see the continuation,” he pointed out.

That said, when it comes to a return, Braunwyn isn’t yet sold.

“My castmates talk at me, they talk about me, but they never talk to me,” she explained. “I take accountability for everything I have done. I’ve admitted to some really hard things. But now knowing the truth and what people are saying, I give up. I am waving the white flag. I can’t keep doing this.”

Of her most notable admissions is her reunion revelation of having offered drugs to Shannon’s teen daughter Stella, who was just 14-years-old at the time.

“Part of being sober is taking accountability for things that you said while you were drinking. These are the stories I need to hear to help keep me sober,” she stated. “I apologized at the reunion. I reached out after we filmed to make amends with Stella, and Shannon said, ‘No, that’s not necessary; that would make her uncomfortable.’ And I respected that because she’s the mother.”

If Braunwyn does return, fans are in for what the article described as her “most exciting chapter yet” as she focuses on life with her new girlfriend Kris, who is also sober.

“When I walk down the beach, holding Kris’ hand, it’s still very different than when I walked on the beach holding Sean’s,” she admitted. “I didn’t know how much homophobia was still around until it’s directed at you. I’m still getting used to that.”