Home Real Housewives Of Salt Lake City News RHOSLC’s Whitney Rose Reveals Which Costar Should Get The Boot, Accuses Lisa Barlow of Being a ‘Puppet Master’ Behind the Scenes and Says Jen Is Mimicking Extreme Housewives From Other Franchises

RHOSLC’s Whitney Rose Reveals Which Costar Should Get The Boot, Accuses Lisa Barlow of Being a ‘Puppet Master’ Behind the Scenes and Says Jen Is Mimicking Extreme Housewives From Other Franchises 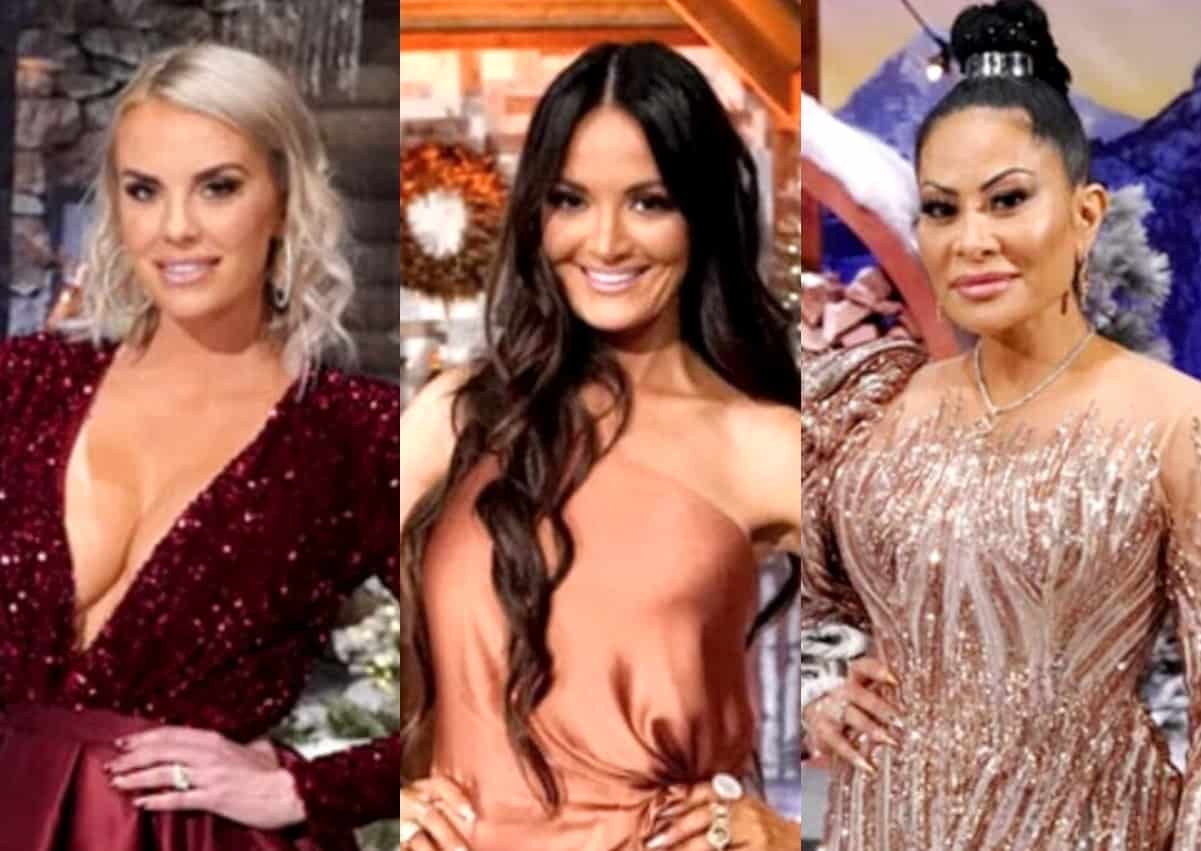 Whitney Rose is clapping back at Lisa Barlow for her recent comments regarding Whitney and Heather Gay’s “obsession with fame,” and she also questions Jen Shah’s on-camera persona and reveals who she’d rather work with between the two.

Following the wild, three-part Real Housewives of Salt Lake City reunion, it’s evident that Whitney and Lisa are not on the best of terms. Though viewers watched as the two butted heads after Lisa accused Whitney of coming after her tequila business, which came to a head at the reunion, Whitney says that incident was simply the “nail in the coffin” for her. In fact, she says they had issues well before filming on season one even began.

“Before I even met Lisa, she had a problem with me. We started out on the wrong foot from the beginning, prior to even meeting her, because she was talking mad sh*t,” Whitney alleges on the Behind the Velvet Rope with David Yontef podcast. “People were screenshotting things she was saying about me [and] she was trying to control who could be friends with me, like, ‘go unfollow her.’ She was trying to control it because she did not want me there. And she’ll deny that, but Lisa does not think I’m good enough to be in her presence.”

As for Lisa’s claims that Whitney and Heather play it up for the cameras, and only joined the show for fame, the soft-spoken beauty contends that the opposite is true, stating that Lisa is the one cast member who has changed the most as a result of the show.

“[Lisa] has gotten nastier,” Whitney declares. “Like, it’s so funny that she goes around saying that everyone else is [on the show] to be famous, but she’s the only one talking about it. Like, it went to her head and she’s actually progressively gotten worse towards me — more of her negative sides that I witnessed, have gotten worse, like the manipulation, the lies, the curation, [and] the fakeness.”

Now that a second season has been confirmed, and the ladies are reportedly filming again, there’s a significant chance that fans will see a much different Whitney the second time around. The new reality star claims that Lisa tried to control the other ladies the first season, as well as acting like a puppet master in regard to the show, but she’s finished backing down to the “Sundance Queen.”

The topic of conversation then turned to Jen, who has also been accused of playing it up for the cameras by fans on social media. Though both Heather and Lisa have separately defended Jen’s authenticity, and she stated that the dramatic star’s behavior is the same both on and off-camera, Whitney begs to differ.

“I 100 percent see two different people,” she alleges. “To me, it’s almost like she’s watched every city [of] Housewives and pulled the most extreme personalities from each city and put them all together. It’s like she’s trying to be this trough of like, the biggest, loudest housewife. Because when we’re not filming, and I’ve been around her, she’s very different. She’s just calm, and chill, and nice.”

“I know a lot of her Shah squad and they always are like, ‘she’s just so different,’” she continues. “’She’s so kind [in real life].’ Everyone who knows her from her previous life, meaning before the show — no one recognizes her.”

It’s recently been reported that all six ladies have been asked back for season two, but if one woman had to be fired, and Whitney had a say in it, Lisa would get the boot.

“[Lisa] loves to keep everything off-camera,” she claims. “And so I think to be a good housewife, and to have a good show, you have to be willing to say what you think and feel on camera and not try to control the situation off-camera. And that was one of the most frustrating things about working with Lisa.”

The first season of The Real Housewives of Salt Lake City concluded on February 24 with the three-part reunion, but according to Bravo, season two is “coming soon.”