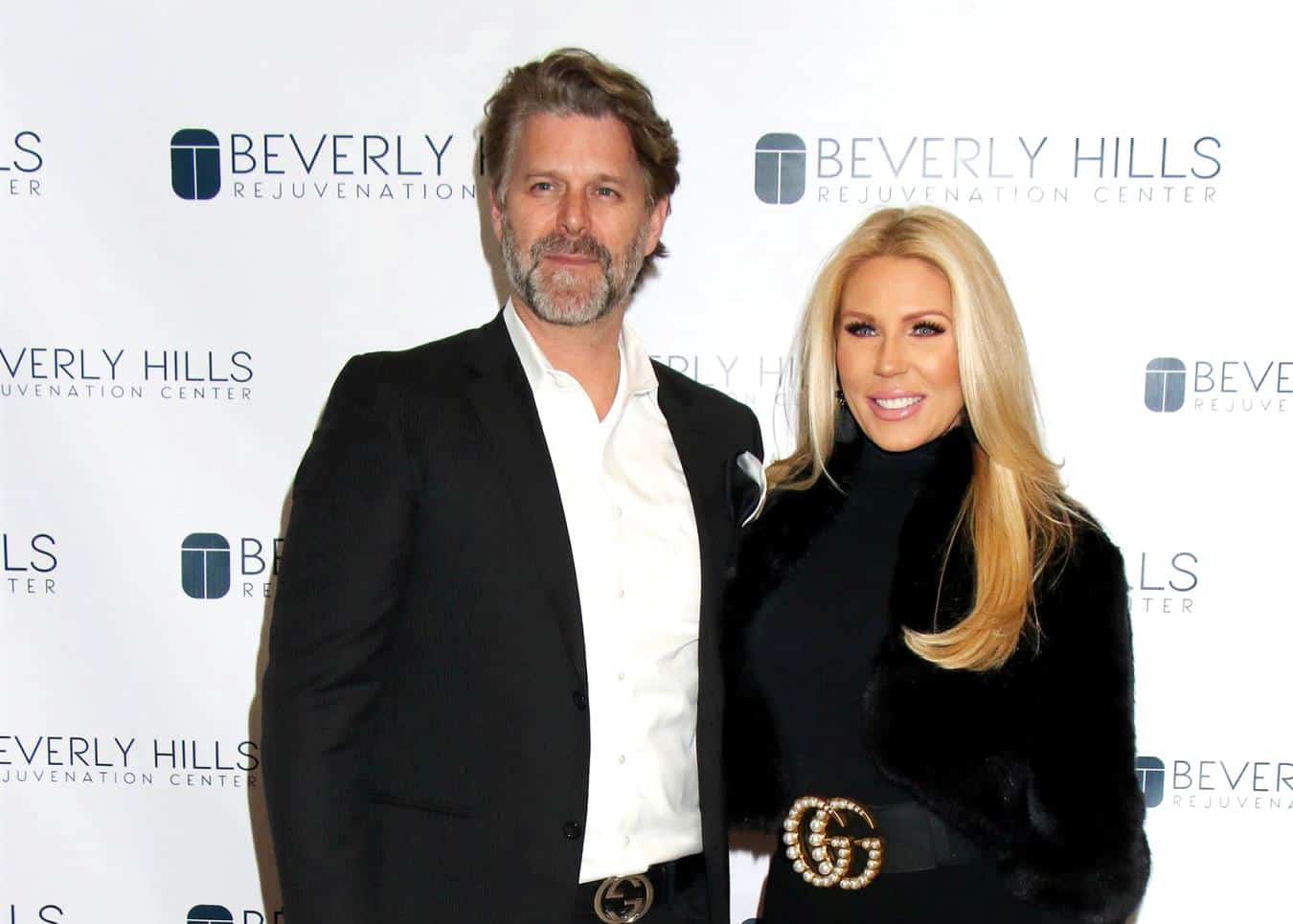 Gretchen Rossi and Slade Smiley addressed their rumored return to The Real Housewives of Orange County cast during the latest episode of their podcast.

Following a slew of casting rumors ahead of the series’ upcoming 16th season, Gretchen revealed what it would take for her to go back to Bravo before confirming which former co-stars she’s still in touch with, and sharing details about a feud Slade’s mom had with Andy Cohen.

“It’s totally fake news. The rumors are not true,” Gretchen continued on the March 3 episode of Knot Too Taboo. “Slade and I have no intention of coming back to the Housewives. The thought of incorporating that toxic environment back into our lives is very stressful, not to mention that a child especially can really feel your stress.”

While responding to a rumor suggesting Kelly Dodd, Braunwyn Windham-Burke, Emily Simpson, and Elizabeth Vargas had been fired from RHOC and claiming producers were trying to get her and her rich Newport [Beach] friends to appear on the show, Gretchen confirmed that only a couple of portions of the report were true.

“They’re trying to get my rich Newport friends. I know that is true because all my friends tell me,” Gretchen explained, adding that it was also a “valid statement” that she wouldn’t consider returning if Tamra Judge was part of the show.

Gretchen joined the show in 2008 for season four and continued to appear on the series in a full-time role through season eight. Then, ahead of season nine, she requested $5 million after being asked to return full-time.

“There’s been conversations over the years but honestly, they would really just have to pay me stupid money,” she admitted.

After Slade then suggested that Gretchen’s income from her businesses is “equal to or greater than” what she’d make on RHOC, Gretchen seemingly had a change of heart about her potential return, saying that she may be willing to return to the series if her financial situation changed.

“What if something did change with our businesses and the money was good? What if our financial situation did change?” she wondered.

That said, Gretchen still has an issue with the type of storylines Bravo focuses on, and the drama that their audiences expect.

“The network has bred those type of fans. When there’s a season where it’s actually happy and everyone’s getting along, the fans are like, ‘This is boring as sh*t.’ They’ve bred the fans to want the drama and the ugly,” Gretchen stated.

Gretchen also has an issue with the way she’s allegedly been targeted with leaks. After Slade admitted that he believes Bravo leaks casting rumors in an effort to get feedback on potential changes, he added that he and Gretchen once received confirmation that Tamra was “a regular source of trying to sell and leak information.”

Following a meeting with a west coast bureau chief of a major magazine years ago, Gretchen said she was told that Tamra had been going to the magazine and giving them information about her. And, around the same time, Slade said that the same unnamed magazine chief, who no longer works for the outlet, had received threats from Bravo.

“I remember something about them telling the magazine that if they took a story from us that they would block all of NBC’s talent from doing any interviews with the magazine,” Slade explained.

According to Gretchen, the drama between the magazine and Bravo played out after she made a deal to tell all about an uncensored episode that featured her and Slade’s supposedly “fake relationship.”

“We were going to do an exclusive with one of the magazines and tell the real story because I had the receipts. And I think Bravo called, or their PR, and they basically threatened [them]. ‘ She goes, ‘They’re scared of you guys because they know you know the truth.’ It was shady,” Gretchen stated.

A short while later, Bravo edited the controversial episode.

“They knew they were lying,” Gretchen noted. “I had the emails from the producers and I basically said, ‘I’m going to let everybody know this is B.S. because this is not what went down.’”

While Gretchen didn’t leave Bravo on the best of terms, she has maintained friendships with several of her cast mates.

“I have a lot of friends from the show. Even [Vicki Gunvalson] and I are cool,” she disclosed. “[Gina Kirschenheiter], [Lauri Peterson], Ashley Zarin, Peggy Tanous… even Heather Dubrow. She’s reached out to me and congratulated me on the baby. I’m legit cool with everybody but Tamra.”

As for where they stand with Andy, Gretchen and Slade didn’t seem to hold any ill will towards the longtime Bravo exec but did recall a moment in which Slade’s mom embarked on a feud with the Watch What Happens Live host after calling him out “pretty hardcore” for making Slade look bad on RHOC.

“At that point… I think everybody in our lives [was] just so sick of [seeing] false narratives about us,” Gretchen explained. “The people that were really in our lives, our family, our parents, our friends, the people that really knew us and that knew that our relationship was real, [they] were just frustrated.”

After Gretchen confirmed Andy apologized to Slade’s mom and said he “felt bad” for the way Slade was portrayed on the show, Slade defended him, saying he was simply reacting to the narrative he was being fed by the producers.