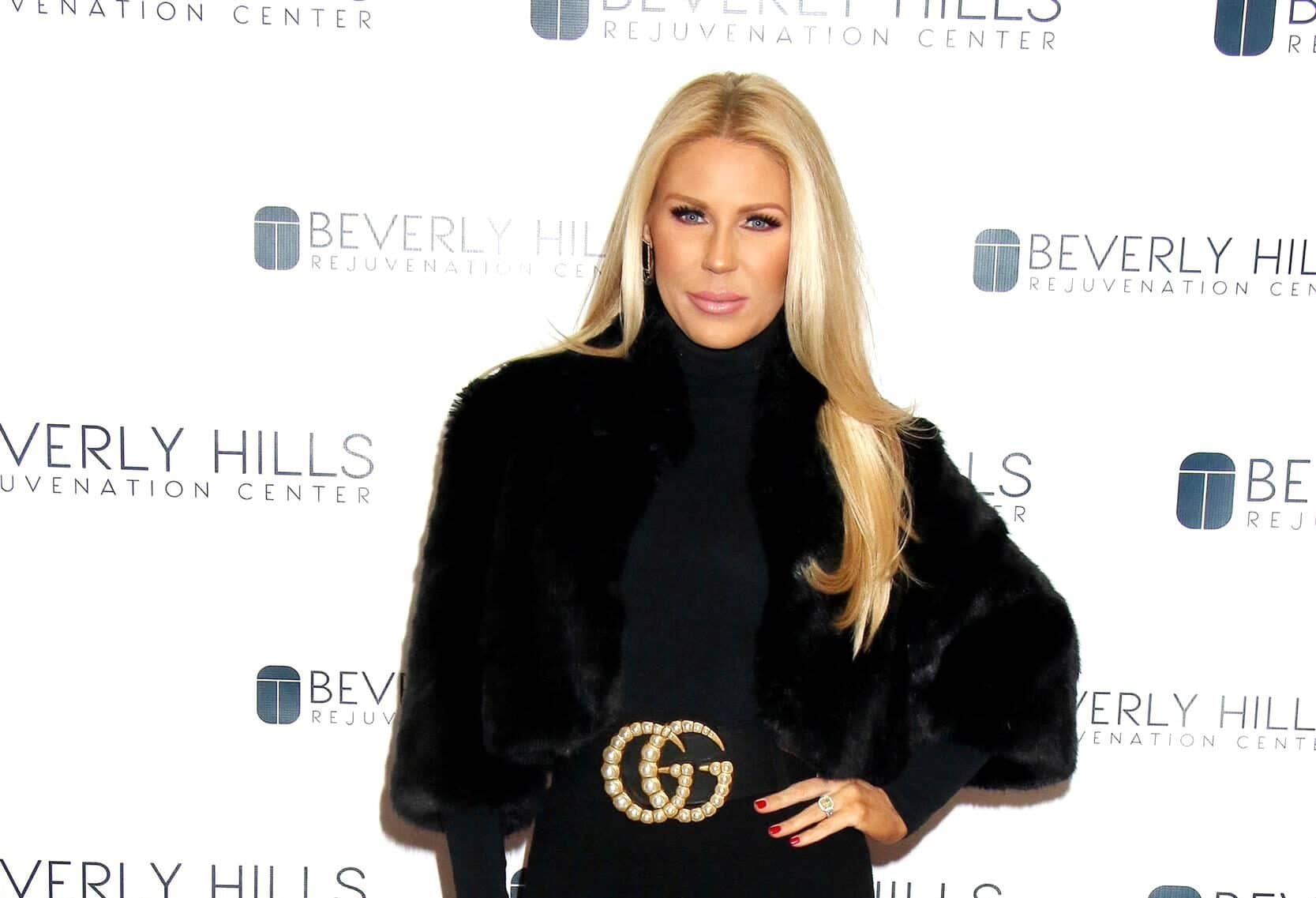 Gretchen Rossi spoke out about the news regarding the foreclosure of her home and the difficulties she and fiancé Slade Smiley faced on the debut episode of their new podcast series.

After first slamming her former Real Housewives of Orange County co-star, Tamra Judge, for the “media tour” she embarked on after Simon Barney came forward with his cancer diagnosis, Gretchen set the record straight about the status of her home before admitting to freaking out about the loss of her Bravo salary six years ago.

News of the foreclosure on Gretchen’s home first surfaced last spring and by summer, an auction date of August 26 was set. At the time, it was noted that Gretchen had fallen behind on her mortgage payments to the tune of $26,000. But luckily for Gretchen, she was able to save her home.

“I still live in my house,” Gretchen confirmed on Knot Too Taboo. “My house didn’t go up for auction. It was supposed to go up, I think, August 26 or something like that. The house never went into auction. I still have my house [and] we’re just fine.”

Looking back, Gretchen said she and Slade did go through hard times after their Bravo exit.

“That was a very big paycheck for us and one day that light was switched off and we were like, ‘Holy hell, that is a lot of money that we don’t have coming in any more,’” Gretchen recalled. “Even though I had launched my own company, Gretchen Christine International, and it was doing well, it was still a very large amount of money that we no longer had coming in.”

According to Gretchen, RHOC was a full-time job and while she was able to have other things going on outside of the show, she couldn’t give other projects her full attention. Then, after leaving the show, she and Slade struggled to make up for the lost income.

“We had to work really hard to find out what our next thing was and how we were going to make money… at that level,” she explained. “When you have that large of a paycheck coming in and that’s gone, you want to replace that.”

Luckily, in the years since their exit, Gretchen and Slade have had a lot of good things happen.

“We sold a portion of [Gretchen Christine International] and we had a wonderful partner with that. We’re also co-founders in a CBD company called BioReigns that we’ve been so excited about,” she shared.

In addition, Slade has been working on his production company, Grayson Entertainment, as Gretchen generates income on social media.

“A lot of people don’t realize this but as a social media influencer, you really can make good money… That is a huge source of income for me,” Gretchen revealed.

As the episode continued, Gretchen opened up about the hardships she’s faced during her time in the public eye.

“By age 31, I’d been married, I’d been divorced, I was with someone who was diagnosed with acute leukemia. He passed away. I was on an international television show having to [live that out] in the public eye. I was dealing with public scrutiny, false accusations, Slade’s son was diagnosed with cancer. We’ve had financial issues,” she shared.

Gretchen then said that she and Slade, who welcomed their first child last July, intend to offer an honest conversation to listeners of their podcast in hopes of becoming more relatable to their fans and growing as individuals.