Home Real Housewives of Orange County News RHOC’s Gretchen Rossi and Slade Smiley Accuse Tamra Judge of Using Simon’s Cancer Diagnosis for Publicity on Their New Podcast, Slam Her for Her “Evil” Behavior and Accuse Her of Lying About Firing

RHOC’s Gretchen Rossi and Slade Smiley Accuse Tamra Judge of Using Simon’s Cancer Diagnosis for Publicity on Their New Podcast, Slam Her for Her “Evil” Behavior and Accuse Her of Lying About Firing 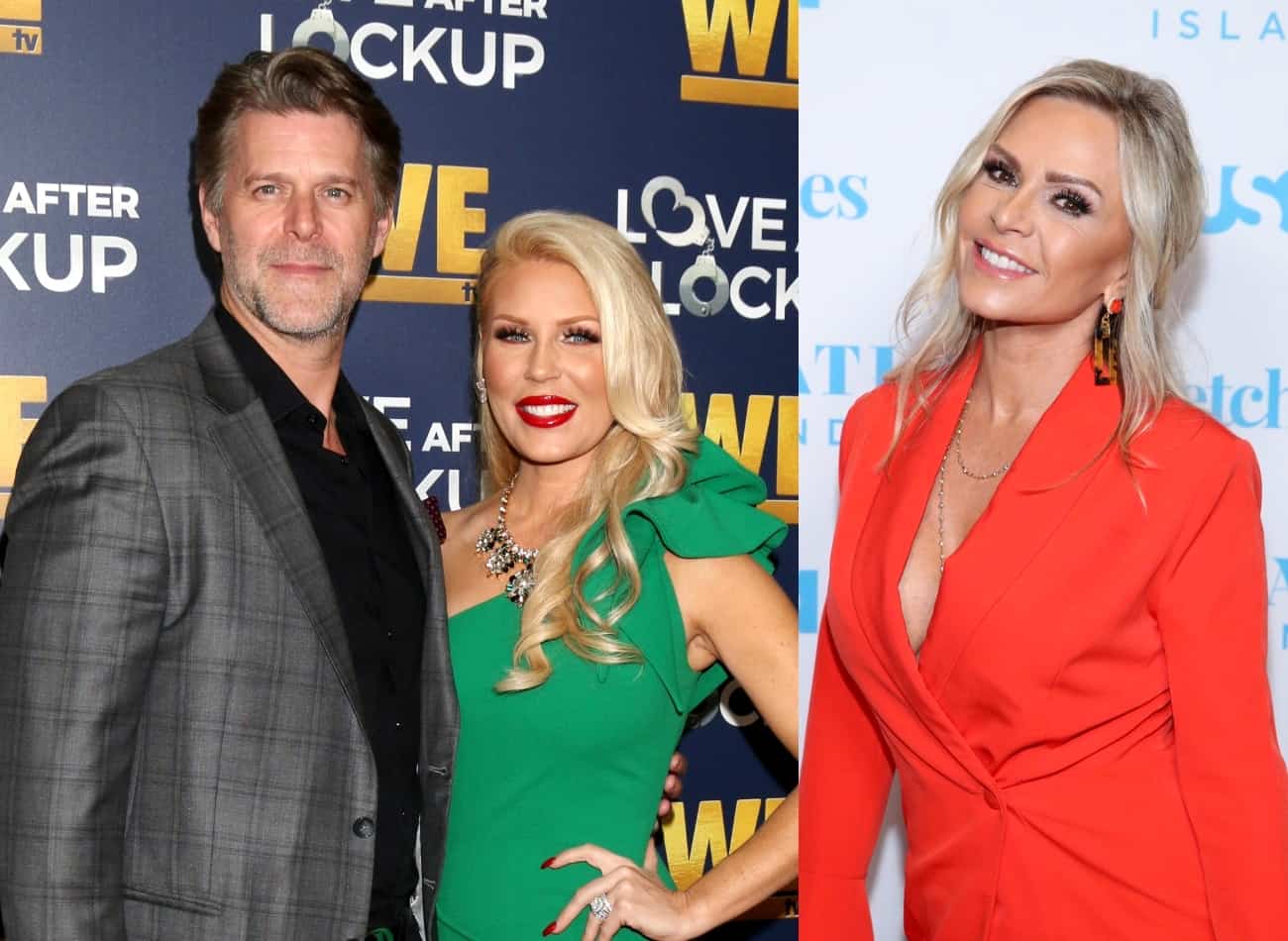 During their new show on Wednesday, the couple slammed Tamra for going on a “media tour” and participating in numerous interviews about Simon’s health crisis before saying that doing so won’t erase all of the evil things she’s done and accusing her of lying about being fired by Bravo.

“In light of the recent news regarding Simon and the fact he has this cancer diagnosis, which is awful, I’m not quite sure why Tamra believes going on a media tour regarding his diagnosis is a get out of jail free card,” Slade began on his Knot Too Taboo podcast. “Why is that going to wash away all the cruel and evil things she’s done to us as well as so many other people that were on the ‘Real Housewives’ cast?”

“It didn’t stop her from attacking me when my son was diagnosed with brain cancer and calling me a deadbeat dad,” he continued.

As RHOC fans well know, Tamra feuded with Gretchen for years on the show and targeted Slade for failing to promptly pay child support for the sons he shares with his ex. However, as Gretchen reminded listeners, Tamra has faced her fair share of parent-shaming.

“She was the one that was called a monster mom and her own daughter spoke out against her and refused to even have a relationship with her,” Gretchen added, referencing when Tamra was estranged from her daughter Sidney Barney.

Slade went on to mention how Tamra targeted Gretchen for having fun after her late fiancé, Jeff Beitzel, was diagnosed with leukemia before passing away in 2008.

“No remorse whatsoever in her willingness to attack and make accusations publicly when people are dealing with some of the darkest times of their lives,” he added.

As for Gretchen, she noted the similarities between what she experienced in her life and what Tamra is experiencing now.

“Everything she’s going through right now, all the lawsuits that have cost her hundreds of thousands of dollars and she no longer has her Bravo paycheck and now has a family member who’s diagnosed with cancer. Isn’t it interesting because doesn’t it sound very similar to exactly what we had going on in our lives when she kept trying to hurt us?” asked Gretchen.

Slade also accused Tamra of not being honest when it comes to her exit from the RHOC.

“She can’t keep her stories straight. One minute, she’s claiming she was fired. The next minute, she says she quit. Every week, she’s out doing more media and press and she’s contradicting herself with every article that’s out there,” he stated.

Gretchen and Slade then sent their well wishes to Simon and said they hoped to see a full recovery. They also said they had some hope that this experience will make Tamra a better person.

“All we can hope for is despite the way she treated us during some of the most difficult and darkest times in our lives, possibly this has caused her to take a pause and eat a piece of humble pie and have some self reflection about how she treated others,” said Gretchen.