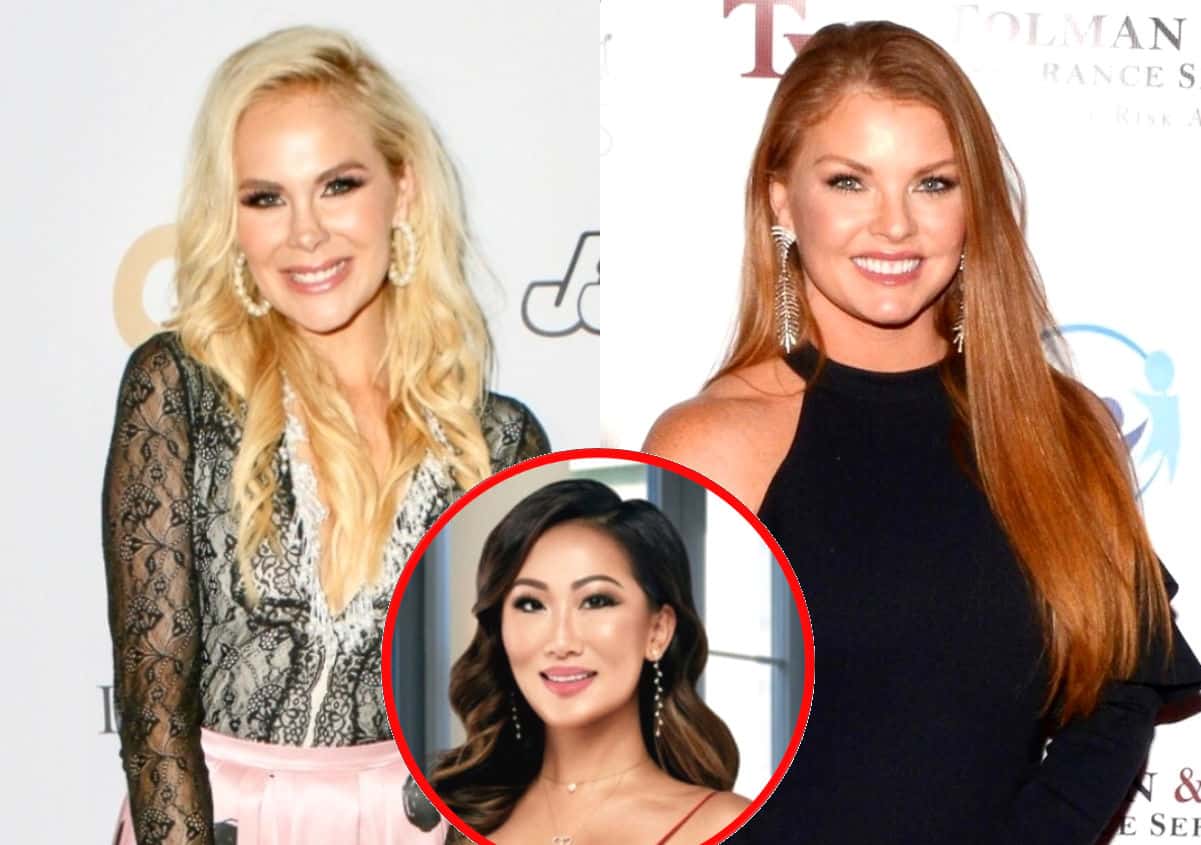 Kameron Westcott is addressing Brandi Redmond‘s rumored exit from The Real Housewives of Dallas, and she also offers an update on her feud with Tiffany Moon over chicken feet.

Following Brandi’s cryptic February 21 Instagram message that hinted she was leaving the show, Kameron was asked about the post in a new interview. Kameron revealed that she and Brandi have become quite close throughout season five and she’s hoping her co-star is just jumping the gun due to hormones and stress.

“I honestly knew before she posted that,” Kameron revealed to Entertainment Tonight. “I actually knew she was just really stressed out, and she’s been focusing on her family. She just had her fourth baby and she just has been stressed out.”

“We’re still filming and doing interviews and things like that, so it’s a lot to handle when you just had a baby,” she continued. “And after you have a baby, your hormones are kind of heightened and everything’s a little bit more extreme. So I do think she was at a point where she’s like, ‘God, I don’t know how I’m going to juggle this with four kids.’ And I think she kind of got to a point where she’s like, ‘OK, I’m done. I can’t handle all this drama. I want to focus on my family.’ And there was just so much white noise and I think she got stressed out.”

Though a source told ET that Brandi’s post was more likely about taking a step back from social media rather than the show, the former cheerleader has yet to speak out or clear up the speculation herself.

Brandi has faced a great deal of criticism online since a racially insensitive video resurfaced showing the star mocking Asian women. However, ahead of season five, she checked into a treatment center to work on herself and later admitted she had been having suicidal thoughts.

Kameron explained that she’s just as confused about Brandi’s message as the fans, but she hopes the show hasn’t become too much for her friend because RHOD wouldn’t be the same without her.

“I’m hoping she’s not done with the show because I couldn’t imagine the show without her,” she declared. “I really built a friendship with her. I would really be sad if she said that. So I’m hoping that’s not true.”

As for Kameron’s relationship with newbie Tiffany, it seems the two have made some progress, but they have a ways to go before they become besties. As fans know, they got off on the wrong foot when Tiffany encouraged Kameron to eat chicken feet, which is a very popular food item in Tiffany’s native country. But as a picky eater, Kameron felt pressured and the two began to feud.

However, Kameron now admits that she messed up and she ultimately apologized to Tiffany.

“I do understand why she was offended,” she stated. “I randomly thought Sparkle Dog and comparing it to chicken foot was going to be funny as a joke, and I didn’t realize that it’s really poor taste and I shouldn’t have done that. I immediately took it down and I immediately apologized to her. And I didn’t realize it could be interpreted that way, and I am so glad that I have learned that that can be interpreted that way. So I said sorry for my rudeness to her — and it was rude. I should never have compared Sparkle Dog to anything.”

Kameron added, “I’m willing to apologize as many times as I can to make her feel better.”