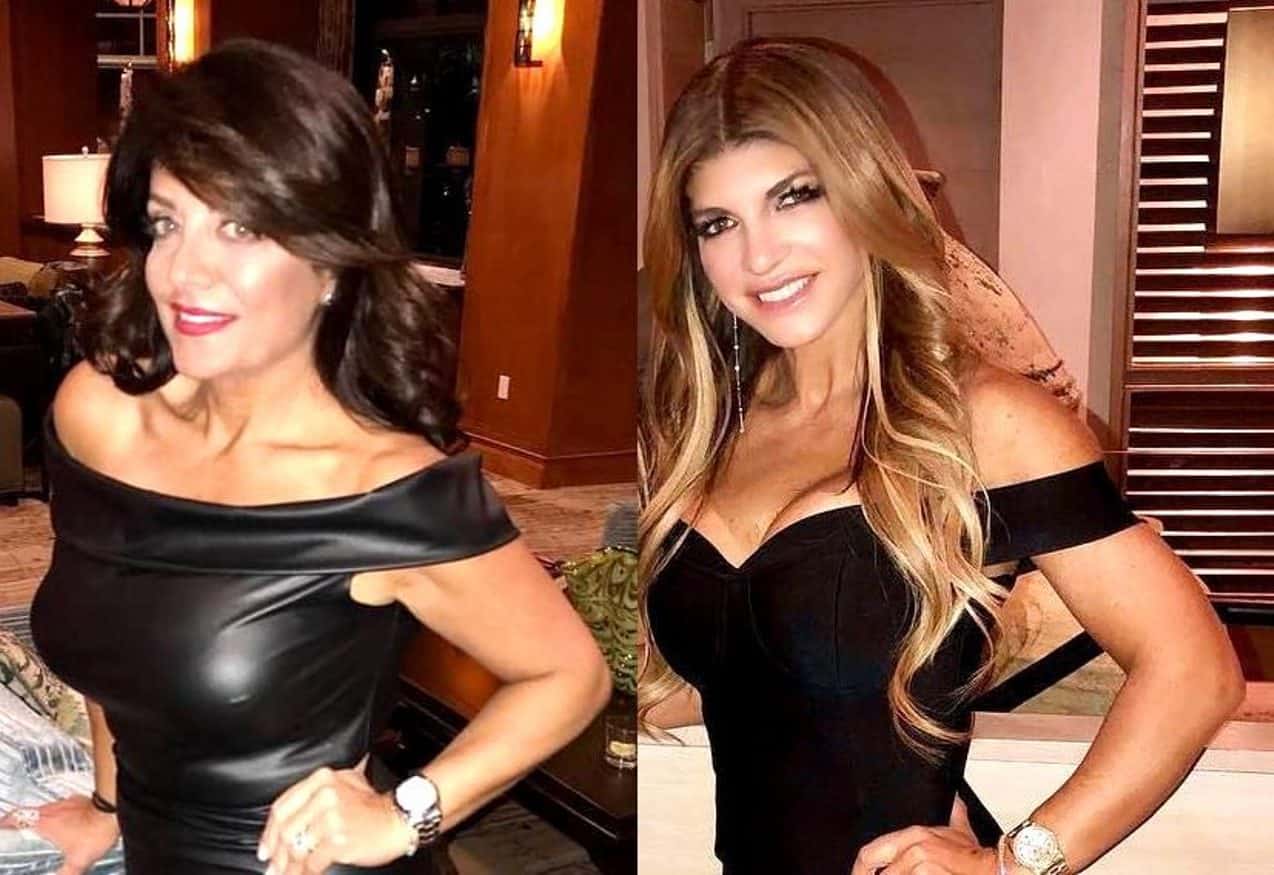 Kathy Wakile reflects on the last time she filmed with Teresa Giudice on The Real Housewives of New Jersey and reveals what she wishes she would have done differently during her time on the show.

Throughout seasons three through five, Kathy’s relationship with her cousin Teresa became increasingly tense, and the two still do not speak to this day. Though it was never very clear to the viewers why Teresa was so angry with Kathy, it’s since been revealed that Kathy was cast on the show without the OG’s knowledge, and Teresa was furious.

In a recent interview, Kathy discussed the last sit-down she had with her cousin and revealed why she felt the meeting was necessary.

If fans recall, in the meeting Kathy is referring to, her sister Rosie Pierri was also present, and the duo asked Teresa if they could put things behind them and become a family again. The Turning the Tables author was not interested in making amends and referred to them as “cancer” as she told them she needed to “cut the cancer” out of her life.

At that moment, Kathy knew she was finished, and that turned out to be the last scene she ever filmed for RHONJ.

“I was just really shocked and so I just went with it,” she shared about the moment. “Okay, this is it. I’m done. I’m not going to keep reaching out, I’m done. Done! I’m done with filming [and] done with this relationship. Nobody calls me cancer, you know? Just don’t because I’m far from it. I lived with a parent who had cancer, and I know what it is, and I am certainly not cancer. So, I’m done.”

The pastry connoisseur was then asked if she’s still hurt by the way it all ended, and she took the opportunity to take a shot at Teresa and her less than humble behavior.

Kathy admits that she would make some serious changes if she could turn back the clock and do the show all over again.

“I’d tell people to go f*ck themselves a lot more,” she laughed. “So, ‘f*ck off, man!’ That’s what I would tell people. That would be my only thing, like, go ahead, tell them where they need to go.”