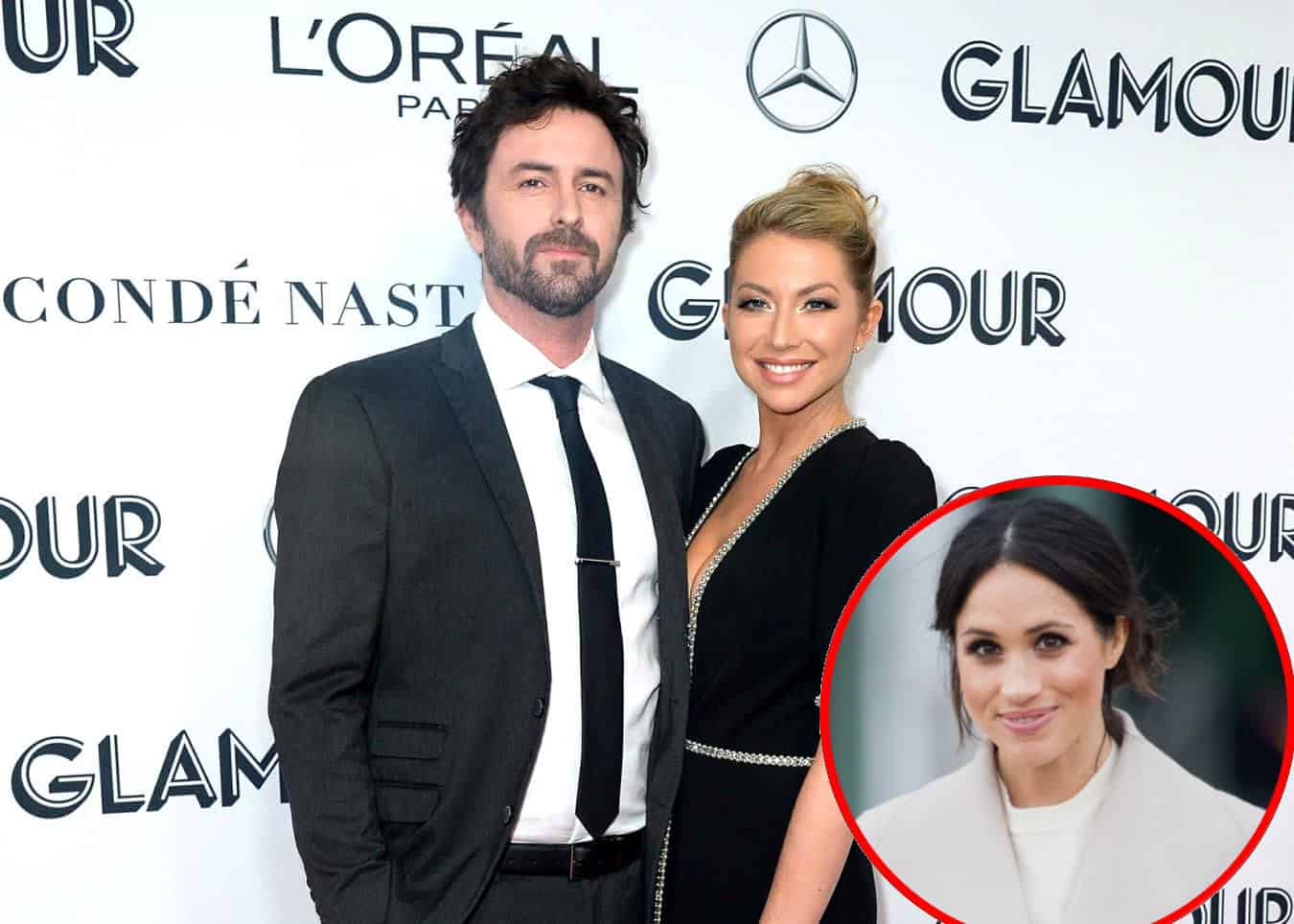 Stassi Schroeder threw some shade in Bravo’s direction while discussing Meghan Markle and Prince Harry‘s tell-all interview with Oprah Winfrey during the latest episode of her new, paid podcast.

Nearly one year after she was fired from Vanderpump Rules, Stassi reacted to Meghan’s recent drama with Piers Morgan, as well as her struggles within the Royals, as husband Beau Clark also weighed in on Meghan’s troubling revelations about the family.

“I always felt like Piers Morgan from the beginning was bullying Meghan. It was like an obsession. Any time Meghan Markle was brought up, he just ripped her apart,” Stassi revealed to her listeners during the March 21 episode of The Good the Bad the Baby.

According to Stassi, Piers became “bitter” towards Meghan after she cut him off due to pressure from the Royals and ultimately “quit” his morning show, Good Morning Britain, after vocalizing suspicions about statements made by Meghan during her interview with Oprah.

“Do I think he deserves to not be able to work because of that option? No. He says he quit. Did he quit? I don’t know,” Stassi said.

Stassi then seemingly compared Piers’ exit from his morning show to her exit from Pump Rules by shading the network for how they terminated her contract.

“It must be nice to be given the option to say he quit,” she noted.

After revealing that she watched Meghan and Prince Harry’s interview with Oprah with Katie Maloney and Beau’s friend, Stassi discussed whether or not Meghan truly knew what she was getting into when she married into the Royal family.

“I think she knew that, but I think she expected that within that, she would be protected, that the family would always have her back,” Stassi explained.

“I’m going to say bullsh*t,” Beau interjected. “Maybe you didn’t Google Harry, but you guys were at a moment in your relationship that you knew the was going to put a ring on it at some point. You would have had to have that conversation [about what being a Royal entails].”

Beau then said that if Meghan didn’t know, it was the fault of her now-husband.

“She should have known, and if she didn’t know then, Harry’s a d*ck for saying, ‘I’ve been trapped in this freaking coffin for so long of my life, come hang with me,’” he shared.

During one particular moment of the interview, Meghan compared herself to Ariel, the Little Mermaid princess, pointing out that she too lost her voice to marry her prince. And, looking back, even super-fan Stassi was a little put off by the comment.

“That was kind of, ‘Okay, Meghan, you don’t need to really annoy people. I love you, but you’re not helping your case right now.’ It was just a little cringy,” Stassi admitted.

Although Stassi didn’t love the statement, it wasn’t her least favorite moment of the interview. That honor belonged to a conversation Prince Harry had with Oprah, in which he admitted that he didn’t know what to do when Meghan informed him she was suicidal.

Stassi also said that she felt for Meghan now that she has a child of her own and can’t imagine going through what Meghan endured from the Royals, especially regarding her son Archie’s skin color.

“Why would you want to be a part of an establishment that would treat your own child like that? As a mother, I’m imagining [Beau’s] family, if they were some higher-up people, if they treated our child differently, whether it was because of what she looked like or not, I wouldn’t be able to be a part of that family,” Stassi stated.