Jen Shah pleaded not guilty to charges of money laundering and wire fraud during a virtual court hearing on Friday.

Following her arrest on Tuesday, the Real Housewives of Salt Lake City star attended the virtual hearing with not one but three attorneys. Plus, a $1 million recognizance bond, as well as $250,000 in cash or property, was requested and new details of her alleged telemarketing scheme were shared.

“Jennifer Shah arraignment: First note, She spent big money on a large law firm with two attorneys to represent her. Hopefully it wasn’t her victims money. Hard to understand how a renter has the funds for a DC and NY attorney with 30 plus years experience,” attorney Ronald Richards began on April 2.

Jennifer Shah arraignment: First note, She spent big money on a large law firm with two attorneys to represent her. Hopefully it wasn't her victims money. Hard to understand how a renter has the funds for a DC and NY attorney with 30 plus years experience. #shahfraud

“Waiting for the judge to come out. Shah also has an attorney from Utah. Three attorneys now,” Ronald continued. “[Jen] entered a plea of Not Guilty to both counts. Government wants to modify her bail conditions. They want a bond with cash or property. They want a $1m personal assurance bond plus $250k cash or property plus two additional guarantors. The defense is not agreeing to this.” 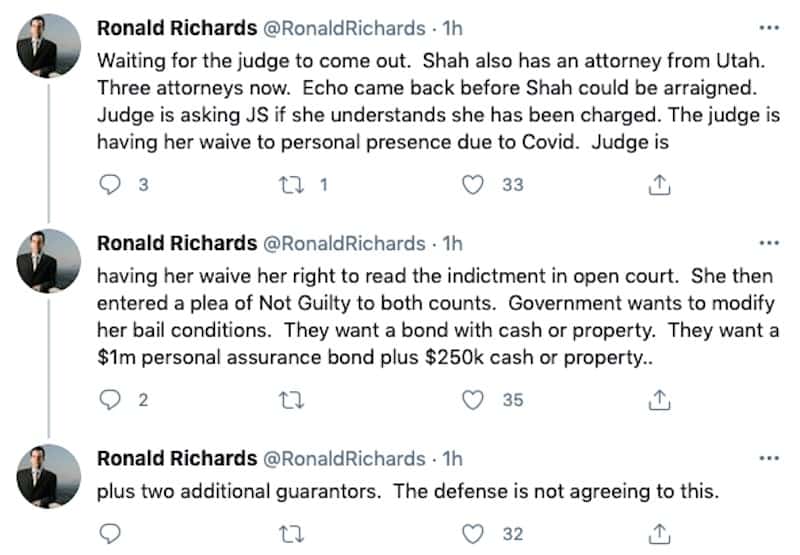 According to another source, Christian Gray Snow, who was also tuned into the trial, a judge asked the RHOSLC star if she owned her home or any other property.

“She doesn’t own her home, she’s renting a house with her husband and family members. She doesn’t own any other real property,” her attorney reportedly replied.

As Christian pointed out, the revelation went against Jen’s past claims of owning four homes and an apartment in New York City.

As Ronald’s tweets continued, it was noted that Jen is able to accept credit card payments for her beauty business but that she would need approval for anything expense over $5,000.

It was also revealed that one particular bank account had received “no less than [$5 million] in crime proceeds” and that large withdraws had been made from the account.

Ronald then said that Jen’s defense requested more time to get the bond as Stuart’s lawyer opposed it.

“Her attorney wants two weeks to get the $250k in cash or property which the judge is giving her but wants the $1m bond signed,” Ronald shared. “Smith will probably hit up Shah to pay.. as he was her employee and she has a duty to pay for his costs. Smith’s attorney is opposing the bond. He has spent his life in Utah, married, two kids, etc. Govt says Shaw was responsible was making the companies and running them. He was deficient about earnings and employment.” 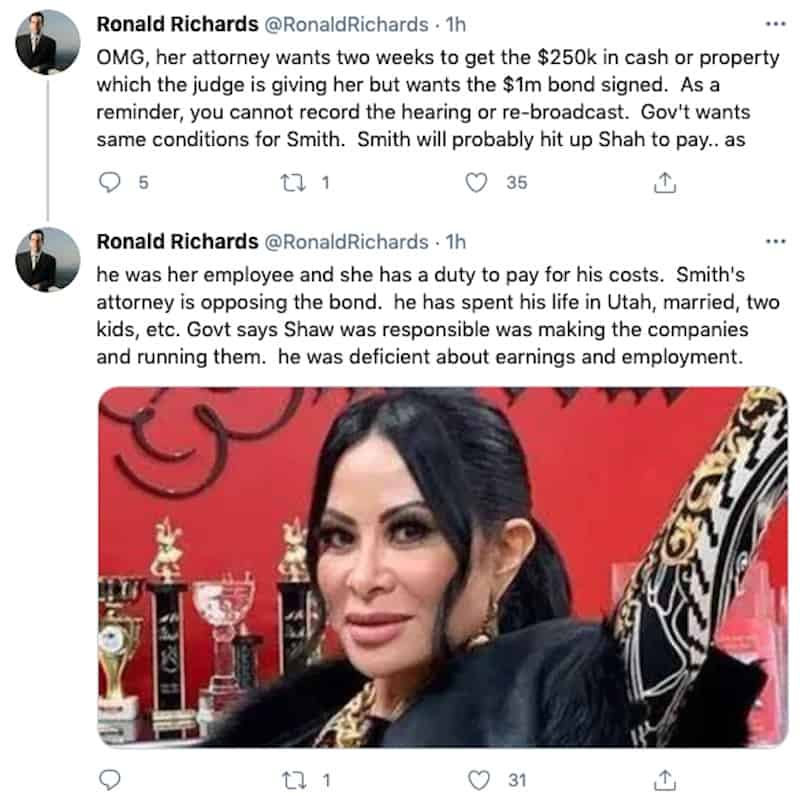 Amid the disputes over the bond amounts, new conditions were set. As Ronald shared, Jen was released on a bond of $1 million but required to turn in the $250,000 in cash or property within one week or she would be taken back into custody.

In a final tweet, Ronald confirmed a trial date has been set for October 18, 2021.

“She is being folded into a pending case with other fraudsters from tele marketing. This is a bad blow to her as they will either snitch on her or she will be forced to have a bad co-defendant sitting next to her,” he explained. “High probability she will plead guilty to avoid the draconian white collar sentences that result from a conviction.” 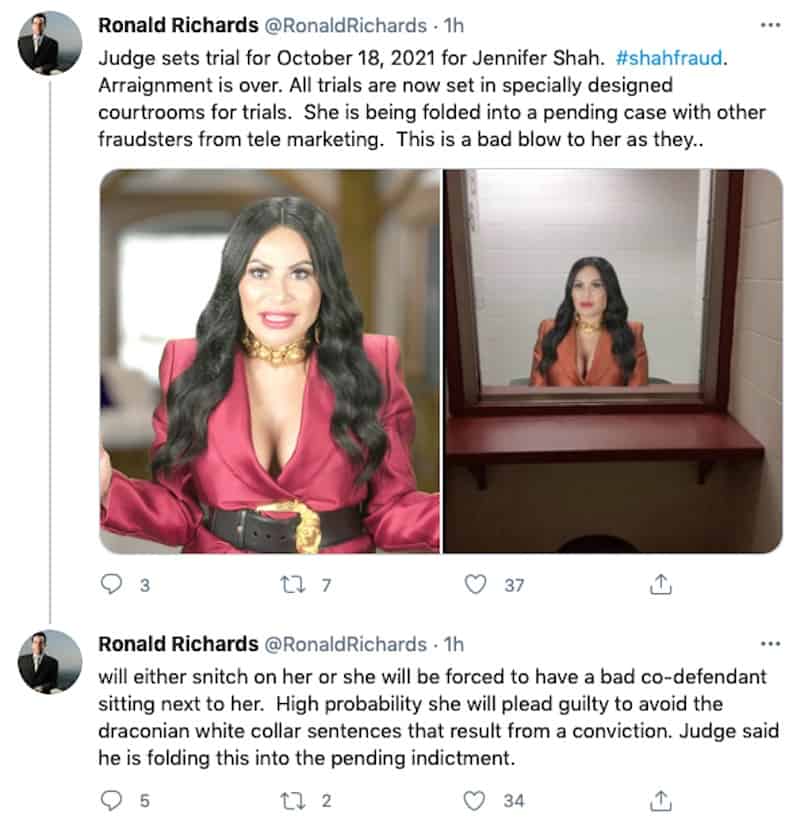 The Real Housewives of Salt Lake City season two is currently in production and expected to air on Bravo sometime late this year.