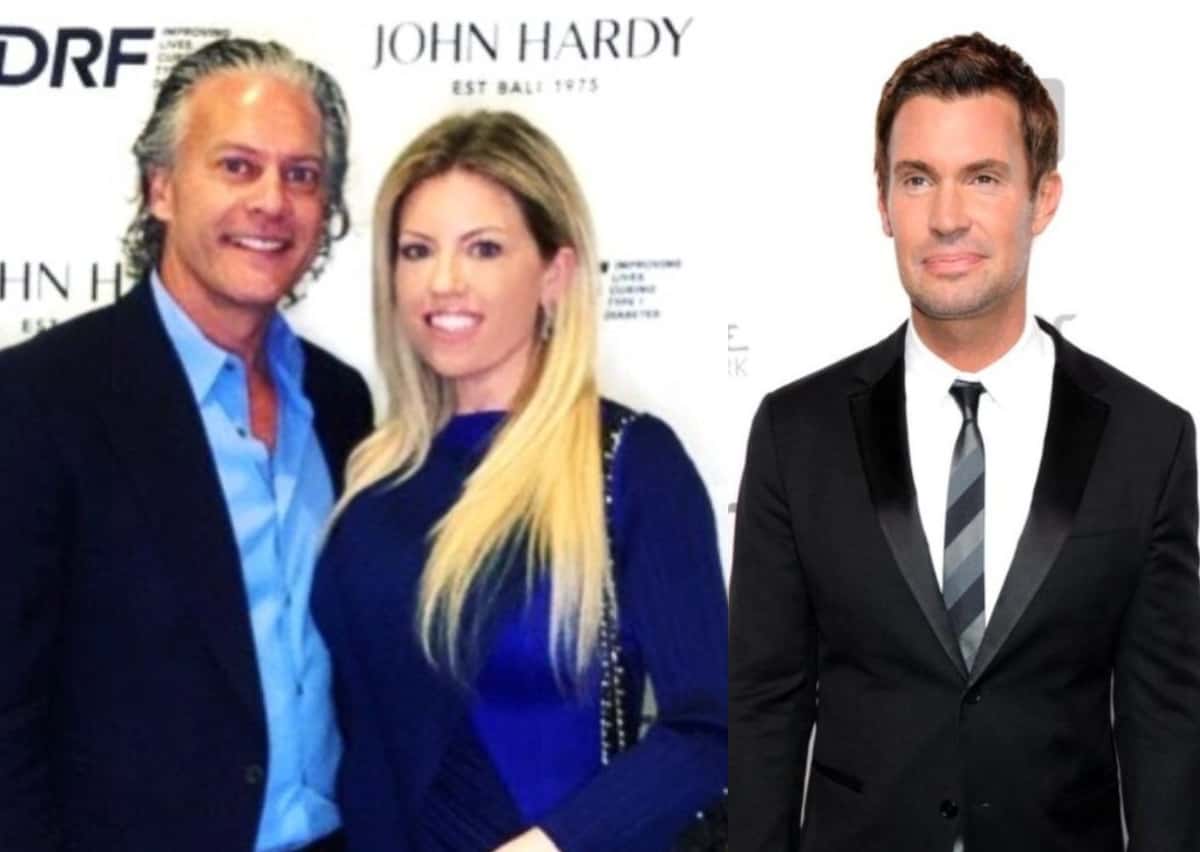 David Beador is not backing down as he has reportedly sent Jeff Lewis even more nasty text messages following the “baby-gift-gate” drama.

The saga began when Jeff hosted Real Housewives of Orange County star Shannon Beador on SiriusXM’s Jeff Lewis Live in March. The two discussed the gift Shannon sent to her ex-husband, David, and his current wife, Lesley Cook, for their new baby. Lesley initially denied receiving a gift, but later miraculously found it and opened it on Instagram Live.

David was obviously unhappy that Jeff and Shannon mentioned his family’s name at all, and subsequently sent Jeff a series of mean texts, which the Flipping Out alum read on the March 29 episode of his radio show. As a result, several outlets reported the story and published David’s texts.

“Jeff, nice podcast. You and Shannon are so f*cking boring. All you can do is talk about me and my wife you f*cking loser. Glad to see karma bit you in the a** a couple times now. What a chump you are,” David allegedly wrote in the first series of messages he sent.

Then, on April 1, Jeff revealed that he had received even more nasty texts from David.

“He was made probably mad because the whole thing became public,” the interior designer said on his show. “I’m just doing my job [and] asking questions, whatever, but he came after me. So David, is clearly now agitated, and he wrote me a few more texts yesterday.”

“You remain, and always will be, the biggest chump out there,” the first message read according to Jeff. “What a piece of work you are! [A] wh*re to your long, lost fame.”

Jeff didn’t reveal whether he replied to the first message before going on to read the second text.

“Jeff, are you gaining weight? You look way larger to me,” David allegedly said. “And age isn’t good to you, in spite of all the work it looks like you’ve had done.”

Jeff went on to tell his guest, Heather McDonald, that David was right about him gaining weight.

“I have gained 10 pounds to be honest with you, Heather,” he said. “He’s not wrong in that. I have aged a lot in the last four years. The most upsetting part about this is he think’s I’ve had more work done, which doesn’t look good, but I haven’t had work done. I want to get work done, but the worst part is he thinks I’ve had bad work, when I’ve had no work.”

“I knew you wouldn’t have the balls to call your friend out. You will though,” David reportedly wrote, insinuating Jeff will eventually have a falling out with Shannon. “Who are those people on your podcast? Your neighbors? Tenants? Yes men and woman?”