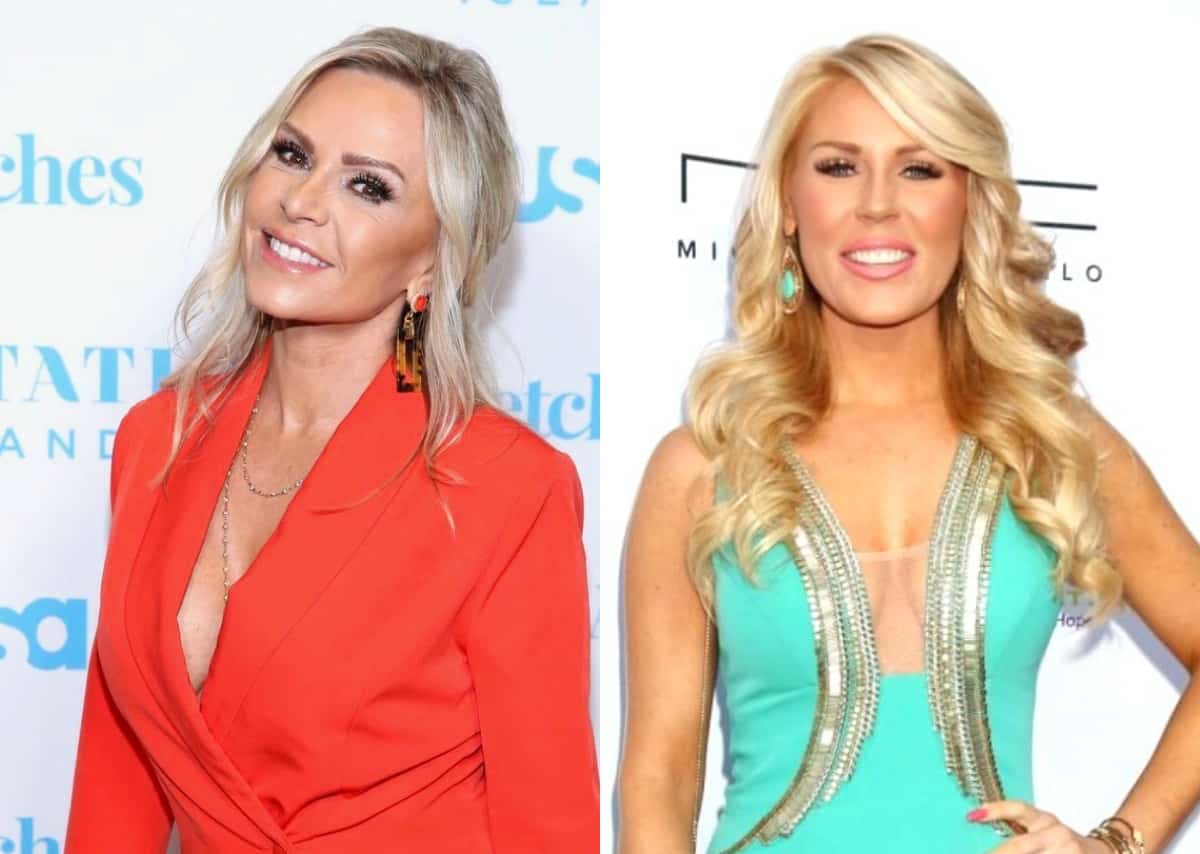 After seeing that Gretchen had slammed her in a recent interview, saying she’s “toxic and negative” before claiming her feud with former best friend Shannon Beador showed her “true colors,” Tamra fired back at Gretchen on Instagram before mentioning a potential case against her.

“I’ve not had any communication with her — praise the Lord for that,” Gretchen told Us Weekly of Tamra on April 21. “Thankfully, we don’t really live in the same community, so I don’t have to run into her.”

According to Gretchen, Tamra’s falling out with Shannon proved she was the “common denominator” in many cast feuds.

“She had issues with, like, almost every single other person on that show. After a while… You start to go, ‘OK, well who’s the problem here?’” Gretchen explained, adding that Tamra’s drama-causing behavior on RHOC came off as “really inauthentic.”

Although Gretchen has previously said she isn’t interested in returning to Bravo, she told the magazine that Tamra’s exit “makes it a lot easier to say yes.”

Shortly after the interview was shared, Tamra reacted to her ex-co-star’s diss on Instagram. She slammed her with hashtags, including “relentless” and “obsessed.”

“GO AWAY! Could you imagine not seeing someone for years and they still trash talk you every chance they get! Why is it that the people that know you the least have the most to say about your life? I guess that’s how they show their ‘TRUE COLORS!'” she wrote on April 22.

“Go away please … don’t you have a selfie to blur, a job to find, MLM to promote, the opening of a toilet seat to attend?” Tamra continued. “You’re not paid to argue anymore sugar t*ts! Use your platform for good, it’s very rewarding!”

Following the sharing of her message, Tamra responded to a number of fan messages in the comments section of her post.

“Admit it though, you were very jealous of her and were harassing her for years and now you are acting all innocent,” one person wrote.

“I did my job on RHOC. If you come on the show with lies they will be exposed,” Tamra replied.

Then, after agreeing with another fan who said Gretchen is “irrelevant,” Tamra clapped back at another person who suggested she was no better than Gretchen.

“Aren’t you doing the same thing here by arguing and talking trash too?” the person asked. 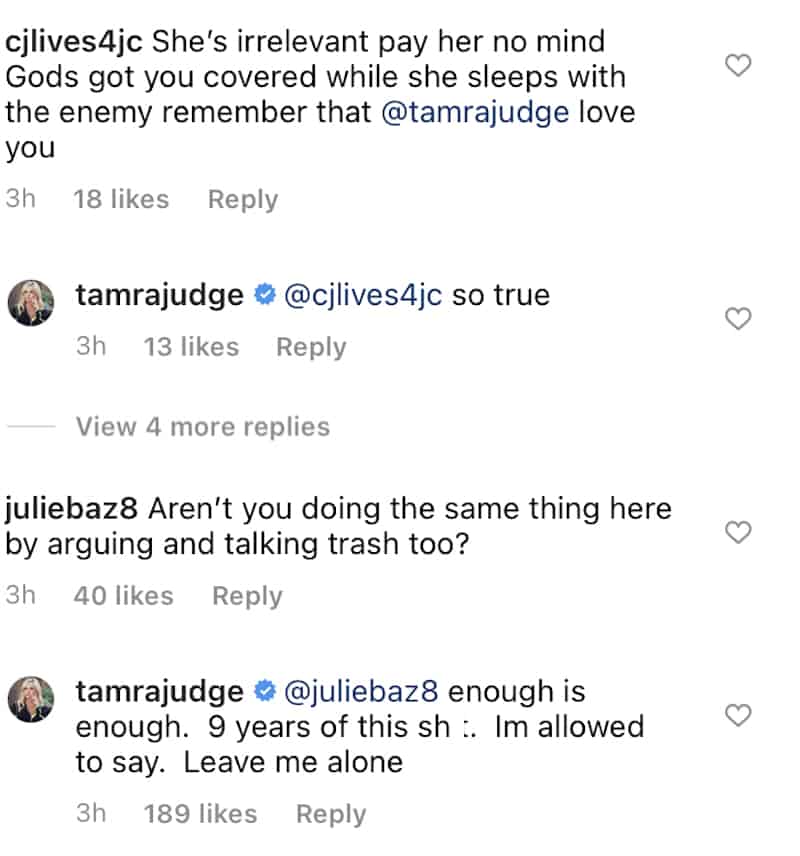 Also in the comments section of her post, Tamra reacted to a fan who suggested she should confront Gretchen directly.

“My attorney is about to confront her. I have a stack of articles [she’s] done about me, my husband and kids,” Tamra warned. 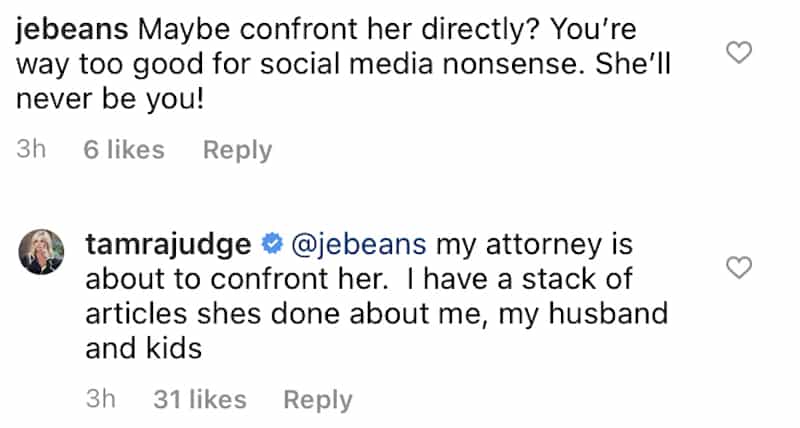 The Real Housewives of Orange County is currently on hiatus ahead of a series “reboot.”