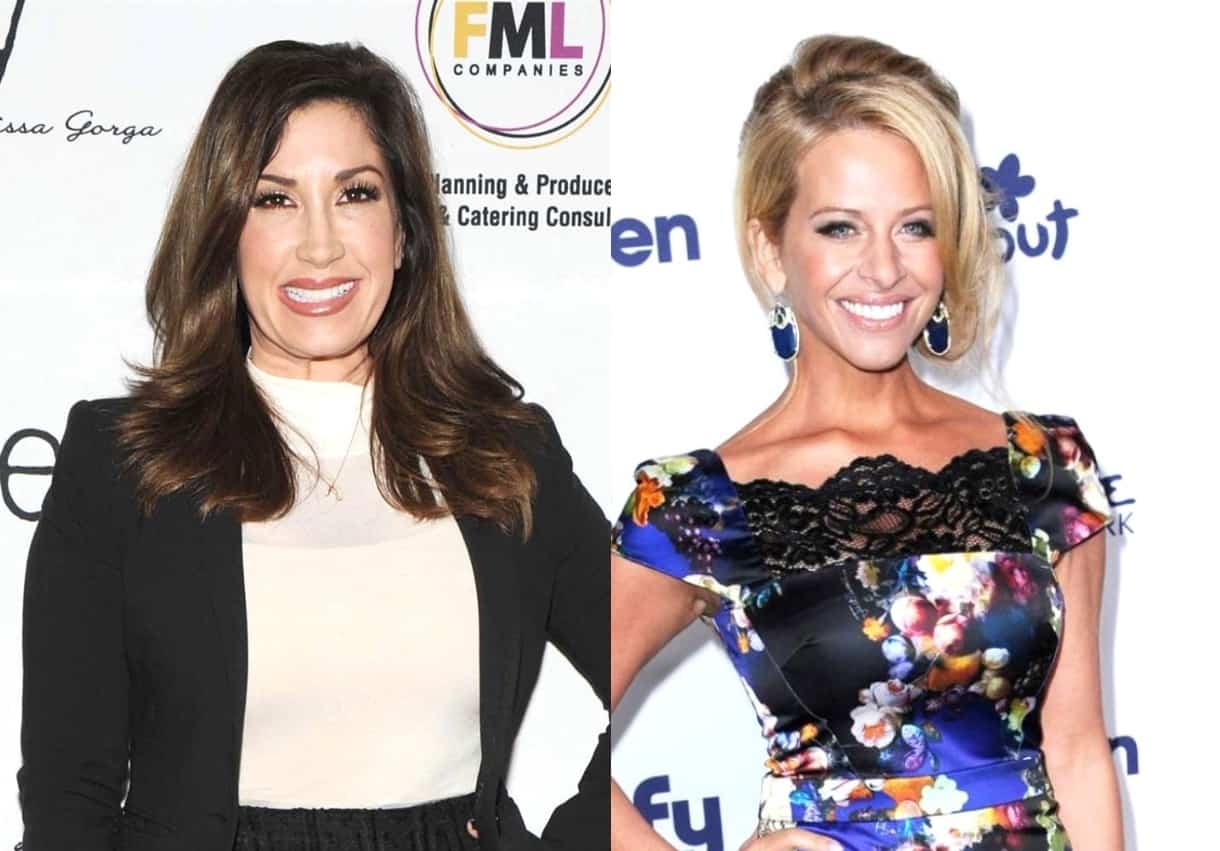 Jacqueline Laurita says she and her husband Chris Laurita are on speaking terms with Dina Manzo, plus she reveals her plans to meet up with Kathy Wakile and Richie Wakile.

As longtime Real Housewives of New Jersey fans well know, the Laurtia-Manzo family is a very complicated one as several of the family members are estranged from one another. Though Jacqueline and her husband Chris were extremely close to Chris’ sister Dina while they were on the show together, they subsequently had a falling out and were not on speaking terms for several years.

However, it seems progress has been made according to Jacqueline who appeared on the Watch What Happens Live “Blast From the Past” special.

“Dina and I have texted a couple times when there’s like a death of [a family member], the death of my family-in-law [in 2020], she said on May 6 per Bravo TV. “We were on texts then. [My husband] Chris has talked to her [and] seen her. We’re on good terms, I would say.”

It’s unclear what caused a rift in Chris and Dina’s relationship in the first place, but Dina – who is still estranged from older sister Carolina Manzo – discussed her issue with Jacqueline during a 2018 interview.

“After watching season one, I realize here I am saying Jacqueline’s heart is bigger than her boobies. Poor [Albie Manzo’s] wife has big shoes to fill. I was saying very nice things about [Jacqueline and Caroline], and watching back, they weren’t doing the same for me,” the interior designer explained on Jeff Lewis Live. “I’m like, is there envy going on here? They don’t want me to look good? I don’t know, but it freaked me out.”

“I do [keep in touch],” she revealed. “Matter of fact, the Wakiles are coming out here [to Las Vegas] next month and I’m gonna meet up with them.”

As for life in Sin City – which is where Jacqueline was born and raised – she told Andy she’s very happy with her and Chris’ decision to move their family out West.

“Andy, I love it. The weather’s beautiful,” she gushed. “I have my parents out here. I have my brother and his family out here, my cousins, old friends, Chris’ brother, I mean, it’s close to everything; it’s been great. My daughter [Ashlee Holmes Malleo] was out here for a while and then she’s back with her husband in New Jersey. So at one point, everybody was here.”