by Lindsay Cronin May 28, 2021 162 comments
ShareTweetWhatsappPinterestRedditTumblrMailFlipboard 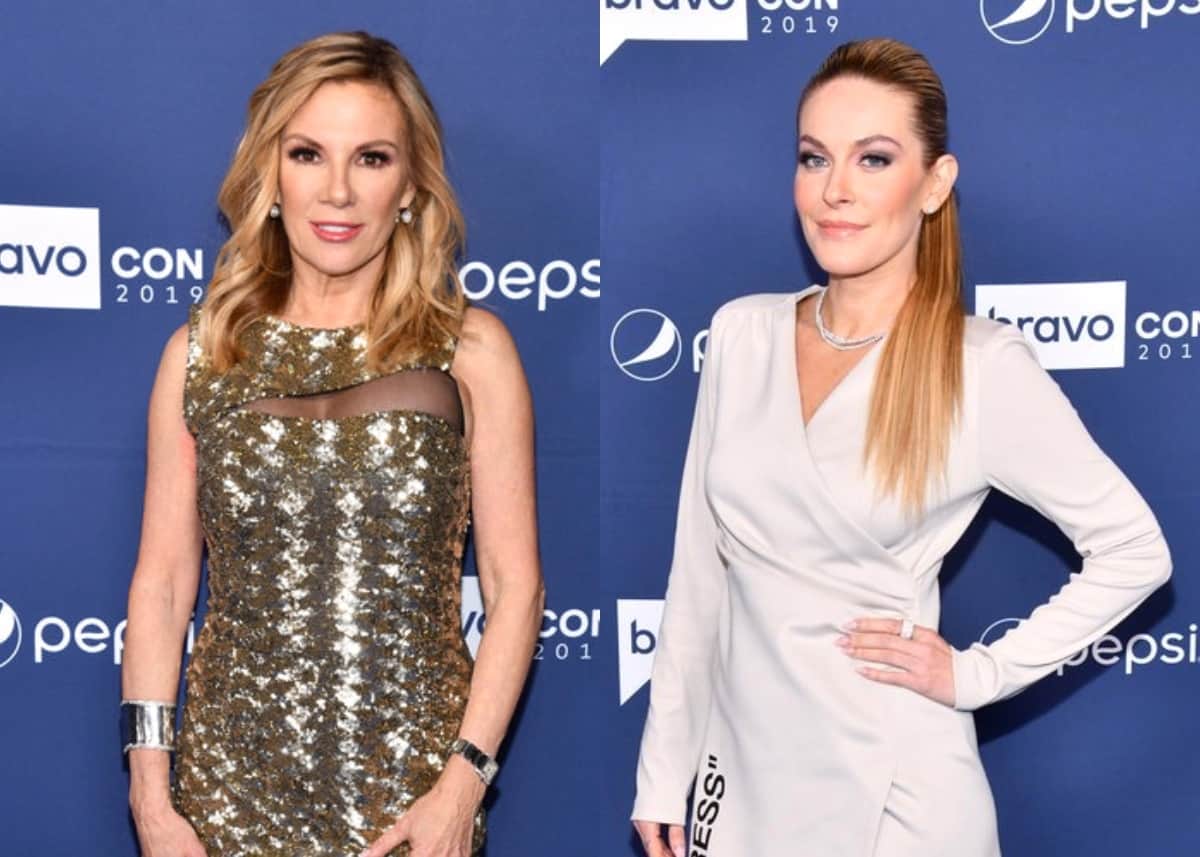 Ramona Singer wants viewers of The Real Housewives of New York City to give Leah McSweeney a break.

After the Married to the Mob founder began facing backlash on social media from fans who found her to be a bit too aggressive for the show, Ramona came to her co-star’s defense and offered an explanation for her unruly behavior.

“Leah is ruining the season,” longtime Real Housewives fan Christian Gray Snow wrote on Instagram after the latest episode of the show.

Following the post, Ramona stood up for her castmate and revealed that she was dealing with a family tragedy in the midst of filming on season 13.

“Her grandmother was very ill and passed away the last day we were in the Hamptons… give her a pass for now,” Ramona replied. 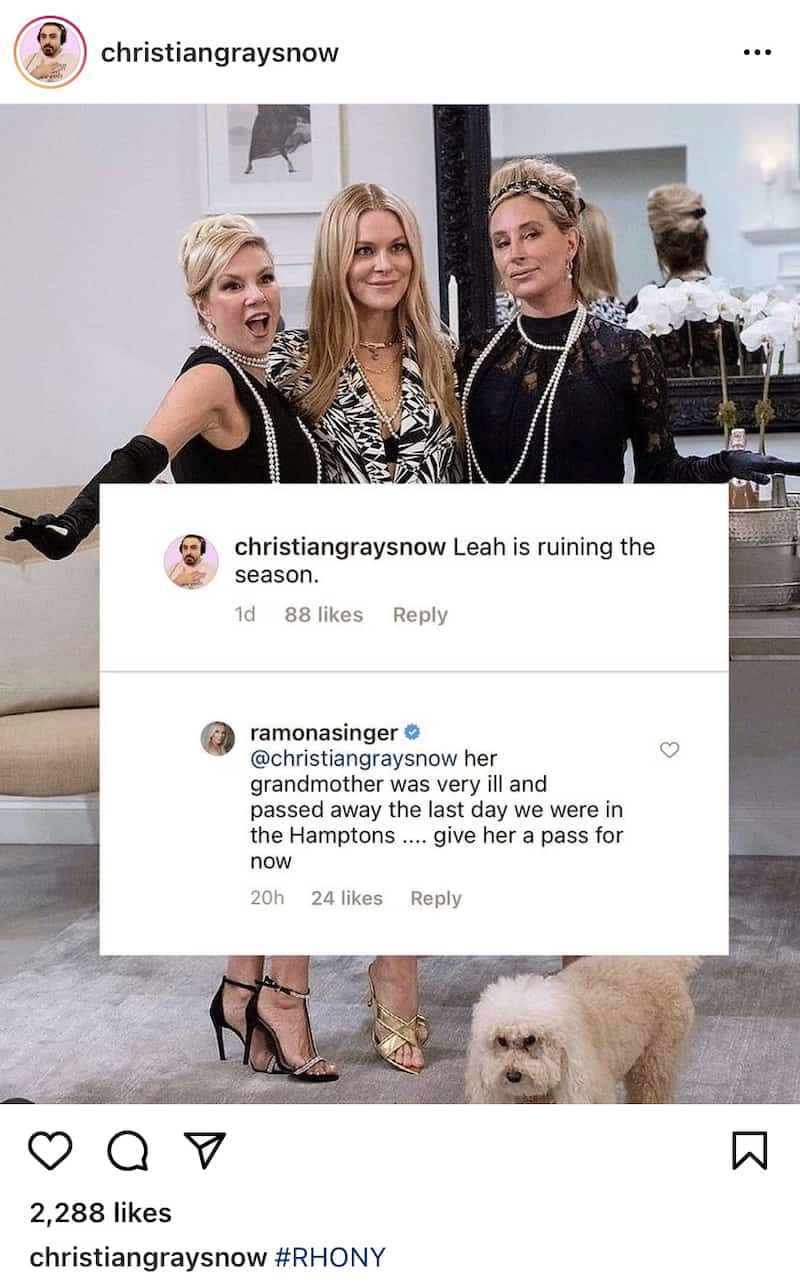 During the latest episode of RHONY, which aired this past Tuesday, Leah was particularly irritable with a number of her co-stars, Ramona included. In fact, at one point, she voiced her frustrations with Ramona for being nice to their new co-star, Eboni K. Williams.

Then, as the episode continued, viewers watched as Leah acted out a premeditated ambush on Heather Thomson over comments she and Carole Radziwill made on an episode of her podcast last year and made her castmates cringe with her raunchy banter.

Amid the episode, a number of fans weighed in on Twitter, criticizing Leah for her behavior.

“If we could only get Leah to take a vow of silence for the whole season,” one fan wrote.

If we could only get Leah to take a vow of silence for the whole season… #RHONY pic.twitter.com/KOME8etP16

“Maybe Leah should have learned from Dorinda & sat this season out,” said another.

Maybe Leah should have learned from Dorinda & sat this season out #RHONY pic.twitter.com/jyOPIeOdQA

“Leah is unhinged I can’t do it anymore,” added a third.

Leah is unhinged I can’t do it anymore. #RHONY pic.twitter.com/RUyJd1lEIh