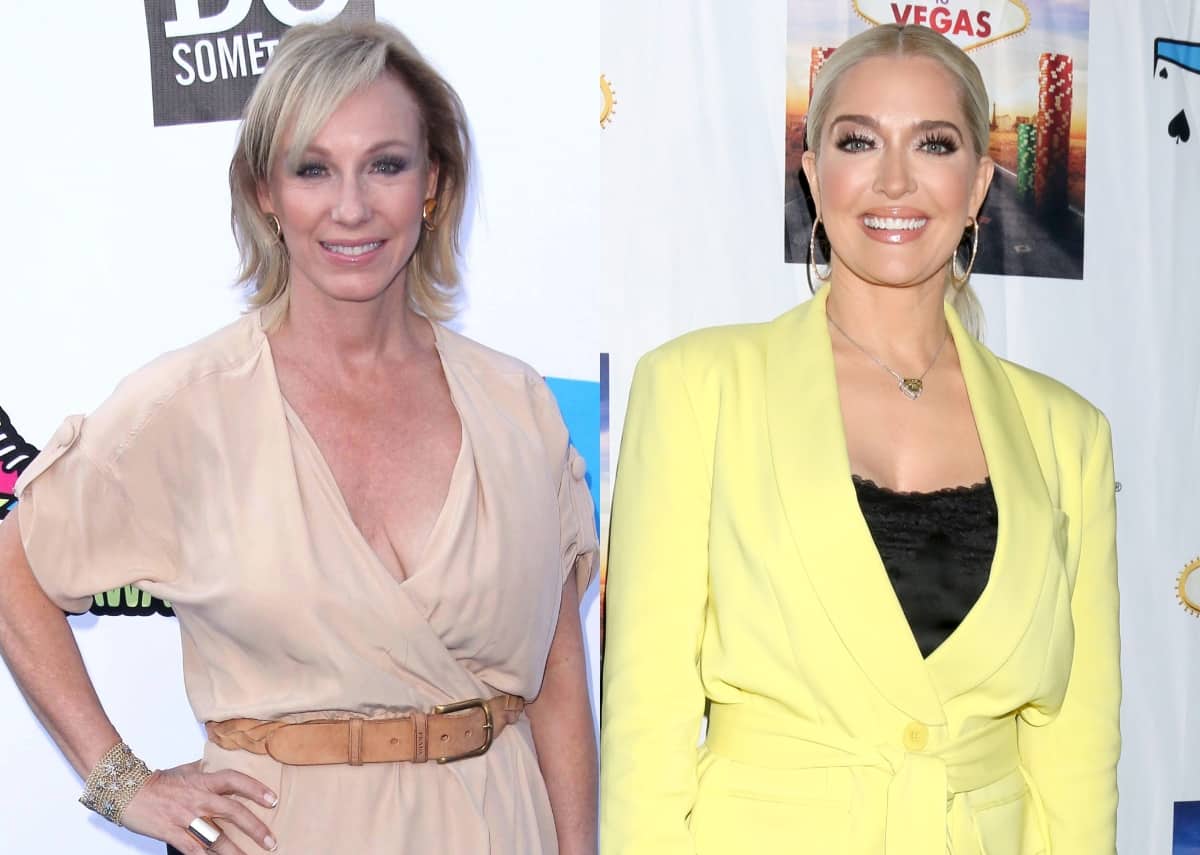 Lea Black spoke out in defense of Erika Jayne on Twitter on Wednesday.

Following the latest episode of The Real Housewives of Beverly Hills, the former Real Housewives of Miami star encouraged critics to “keep an open mind” about Erika and her knowledge regarding the millions of dollars her husband, Thomas Girardi, allegedly stole from past clients.

“I hope people keep an open mind about Erika [of RHOBH],” Lea tweeted on June 2.

According to the RHOM alum, there’s good reason to believe that Thomas was simply good at hiding his supposed crimes from not only her but just about everyone.

Following Lea’s post, a number of her fans and followers slammed her for defending Erika.

“She may not have known but She willfully took the money with no questions asked. Just ask Teresa Giudice how that worked out for her,” said another, giving a nod to the 11-month stint behind bars the Real Housewives of New Jersey star served due to crimes of bank and wire fraud.

A third person pointed out that Erika was served in-person subpoenas twice in 2020.

“If I was being served papers that were claiming my husband did something wrong, you bet I would be all over his business,” the woman noted. “Now, being a wife of a business owner myself, I know all of the financials, this is not the 1950s.”

As Lea continued to be flooded with backlash, another person reminded the former RHOM star that Erika’s signature was located on a number of Thomas’ financial documents.

“Lea, I agree with you on most things, if not all, but this is a no,” the fourth person tweeted. “CA Bar knew but did nothing along w/ a few Judges as they were in TG’s pocket. LA Times & 360 Law have written articles detailing this. EG name on too many documents, too many lies not to know & she won’t help.”

On the latest episode of RHOBH, Erika was seen gushing about what she loves about Thomas. However, just days after the scene in Lake Tahoe was filmed, she filed for divorce after over two decades of marriage.