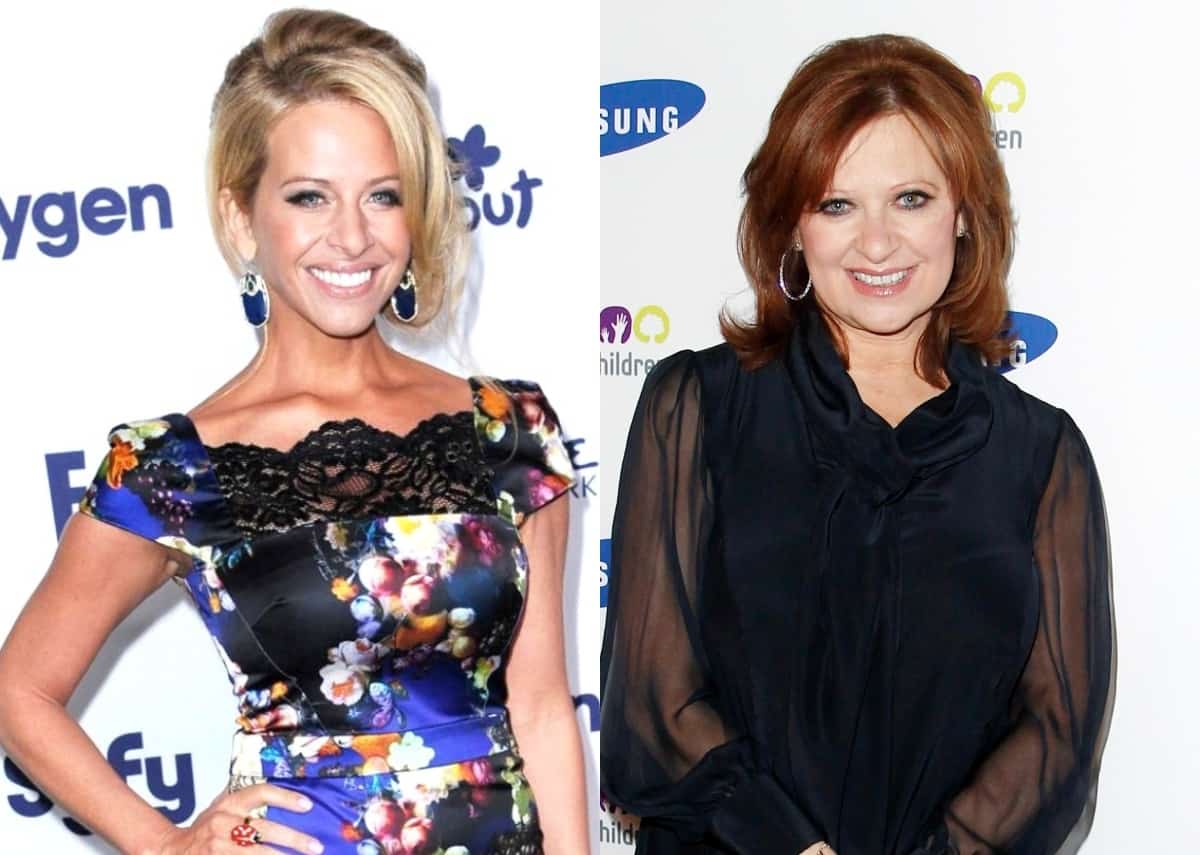 Dina Manzo is disgusted with Bravo after seeing that the network promoted a past catch-up special with her sister, Caroline Manzo, amid their messy public feud.

After Caroline was confirmed to have been a character witness for her brother-in-law, Tommy Manzo, who was accused of breaking into Dina’s home and assaulting her and husband Dave Cantin in 2017, as well as putting an alleged hit on Dave two years prior, the former Real Housewives of New Jersey cast member spoke out against the network on Twitter.

“What a slap in the face this is to [Dina Manzo]. How about asking her WTF she wrote a character letter supporting the a–hole who attacked her sister so badly she needed reconstructive surgery on her face?” a fan wrote in a comment sent to Bravo, who shared a link to a months-old clip of Caroline on June 1.

“Bravo shouldn’t have chosen this week for a catch up. It’s in very poor taste and is extremely hurtful,” Dina agreed. 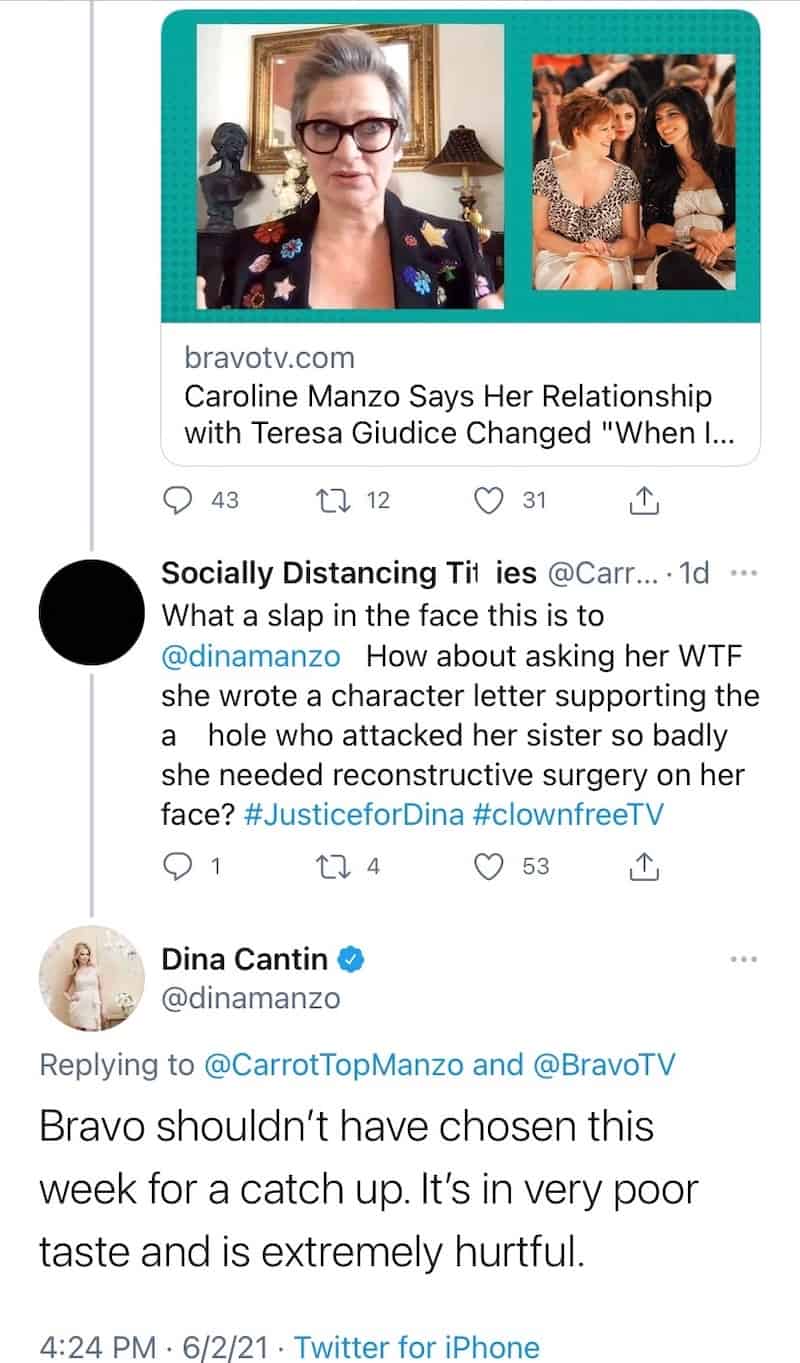 The same fan then said that the network should be better at reading the room. After all, it was just days ago that Dina called out Caroline for supporting her and her husband’s supposed attacker.

“Bravo shouldn’t have caught up with them PERIOD. They really need to learn to read the room. I’m beyond disgusted as is the overwhelming majority. I’m so sorry you have to deal with this hell for the past [four plus] years,” the person told Dina.

“I’m shocked they turn their heads to such violence,” Dina replied, slamming the network for capitalizing on Caroline’s interview after she aided in Tommy’s release from jail. “They stand up for all other causes?? but I know she got to them too with their lies. It is what it is.” 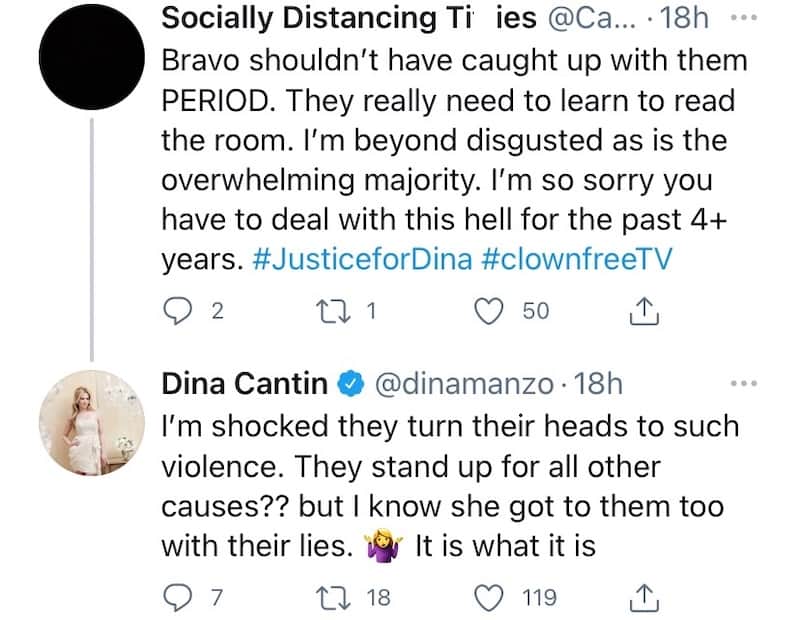 Also on Twitter, after another person suggested Dina should keep her family feud to herself, Dina said she has finally reached her breaking point after over a decade.

“You need to keep your family issues private,” the person advised. 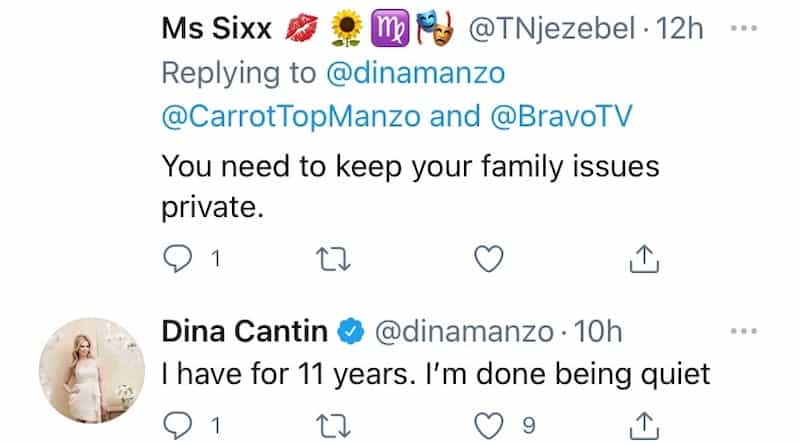 The Real Housewives of New Jersey cast is expected to begin production on season 12 in the coming weeks.